The Tesco share price leapt at the London market open. 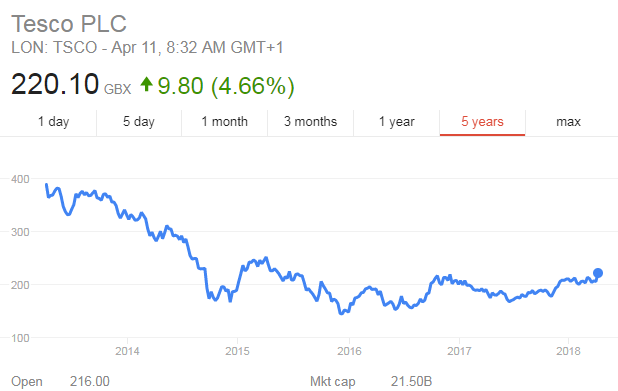 The supermarket also announced its first end of year dividend since 2014, issuing a final dividend of two pence, which it said reflected “improved performance and board confidence”.

The latest results show Tesco’s recovery is on track, inline with chief executive Dave Lewis’ plans to overhaul the company.

Lewis it was another year of “strong progress” for Tesco.

We have further improved profitability, with group operating margin reaching 3% in the second half.

We are generating significant levels of cash and net debt is down by almost £6 billion over the last three years.

All of this puts us firmly on track to deliver our medium-term ambitions and create long-term value for every stakeholder in Tesco.

These are the first results after Tesco completed their £3.7 billion takeover of the UK’s largest food wholesaler Booker, in March this year.

I am delighted to have completed our merger with Booker, and we are moving quickly to deliver synergies and access new growth, making the most of the complementary skills in our combined business.

Richard Lim, chief executive at Retail Economics, said the completion of the Booker tie-up meant Tesco is now well-placed to deliver cost-saving synergies as pledged “and take the discounters head-on”.

Tesco’s results come as new stores on the UK high street are opening at their lowest rate in seven years, research suggests.

A study of 500 British town centres by the Local Data Company and commissioned by PwC found that only 4,083 new shops opened in the UK in 2017, while 5,855 outlets closed, and 1,772 shops disappeared. 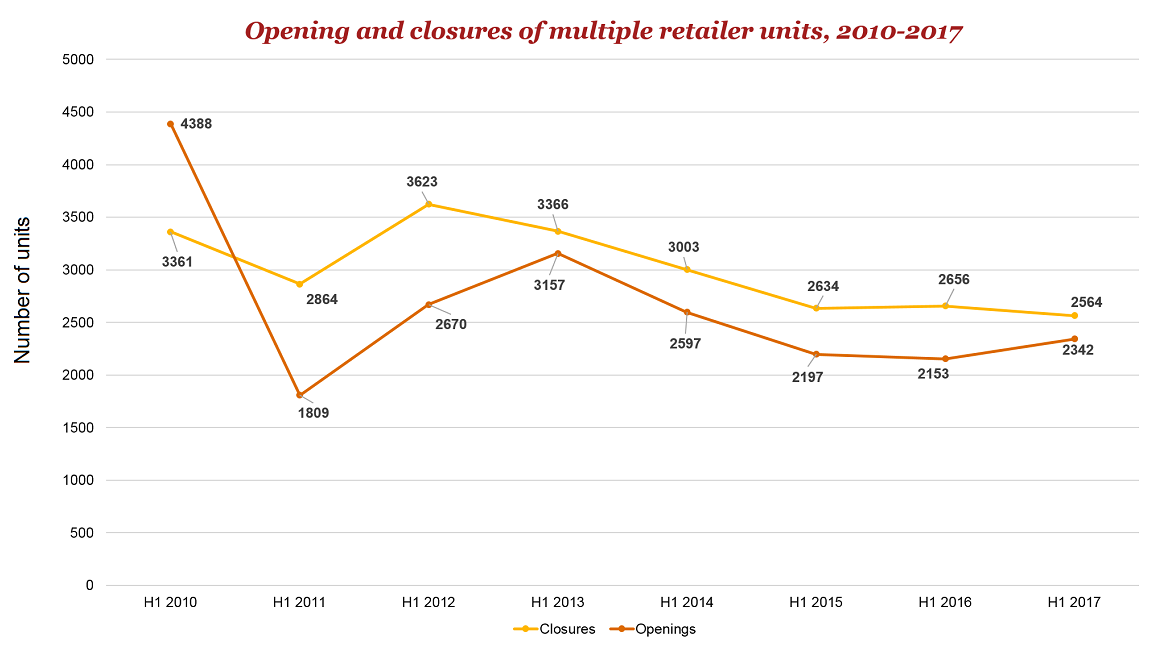 The report shows that high-street shops continue to lose business to online retail, while consumer confidence is waning as wage rises slip below the rate of inflation.

The biggest losses for retailers were recorded in fashion and clothing stores, followed by shoe shops hand charity shops, the research found.

PwC’s Lisa Hooker said that despite a “tough year”  it was not all doom and gloom for UK retailers.

It’s important to remember the British High Street still plays a vital role in society and there are elements of growth amongst the headline numbers of decline.

For example, almost 400 new clothes shops opened last year, even though over 700 closed. And, while four pubs a week closed, at the same time three a week opened.