When Elon Musk said his electric car company would launch a humanoid robot prototype, or “Tesla Bot”, in 2022 it generated the usual hype – but also a healthy dose of scepticism.

The sleek, 5ft 8in tall robot will be designed to do “boring, repetitious and dangerous” work, Musk said during Tesla’s latest AI Day event.

The announcement came somewhat out of the blue, given Tesla and Musk have no prior experience in building robots of the all-purpose, advanced type being proposed.

According to Musk, the Tesla Bot would have “profound implications for the economy”. 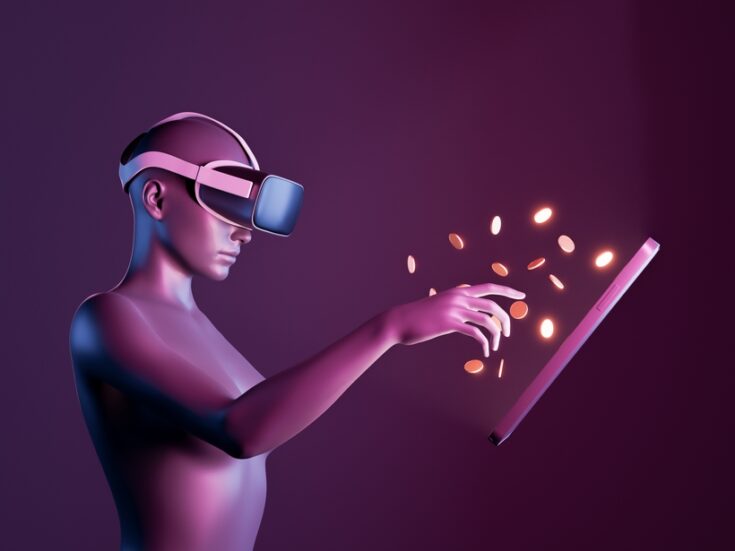 While Tesla does have plenty of experience in AI thanks to its work on self-driving cars, it doesn’t appear to have progressed beyond the concept phase.

This was illustrated by Musk bringing out a spandex-wearing actor to breakdance on stage during the point when a prototype would normally be shown.

Join us to build the future of AI → https://t.co/Gdd4MNet6q pic.twitter.com/86cXMVnJ59

Mike Orme, thematic analyst at GlobalData, believes there was an ulterior motive behind the Tesla Bot announcement.

“The spandex attired go-go dancer that was supposed to simulate a Tesla Bot served to divert attention from the announcement of a major probe by the US NTSA into the safety of AutoPilot,” he said.

This follows multiple incidents in which Tesla cars using the AutoPilot feature have crashed into stationary emergency vehicles, causing 17 injuries and one death. While Musk succeeded in diverting headlines to Tesla Bot, several days later he conceded in a tweet that ”actually the latest beta version of AutoPilot software is not great”.

Does Orme think Tesla Bot is a serious commercial project?

“As Sam Goldwyn would have said ‘it’s a definite maybe’,” he said. “Specially-built Tesla factories turning Tesla Bot out by the million by mid-decade? Hold on. We’ll need to see first whether the first prototype appears next year and how capable it is first.”

There are plenty of other reasons to be sceptical about Tesla Bot. Musk has a long track record of making ambitious, headline-generating statements – only to wind them back later or miss a deadline altogether.

In late 2019, Musk announced Tesla’s first electric pickup truck known as “Cybertruck”. The futuristic, “cyberpunk” style vehicle had long been a pet project of Musk, first teasing the idea in 2012.

But things got off to a bad start when Musk smashed the vehicle’s window with a metal ball during a live demonstration designed to show off its “armoured” glass.

Cybertruck then fell victim to Musk’s flexible timeline, with production delayed from late 2021 to 2022.

When Musk isn’t busy dreaming up bold new visions or sleeping at the Tesla office he likes to tweet. A lot. Often this is about cryptocurrencies, whether it’s the market-leading Bitcoin or meme coin Dogecoin.

In February, Musk took this one step further and announced that Tesla would start accepting Bitcoin. By May, Tesla had reversed its position after Musk voiced concerns over the cryptocurrency’s environmental impact – with little evidence anyone had actually used Bitcoin to buy a Tesla during those three months.

But in July Musk changed his mind again when he said Tesla is “most likely” to start accepting it as payment again. It is not clear exactly when this might be.

In 2015, Musk said self-driving cars that could drive “anywhere” would arrive within two to three years. In April 2019, he said: “We will have more than one million robotaxis on the road. A year from now, we’ll have over a million cars with full self-driving, software… everything.”

These would be fully autonomous, level 5 cars. Fast forward to today and level 5 cars do not yet exist. And the latest version of Tesla’s “full self-driving” software, originally due for release in 2018, has been delayed again.

In a similarly attention-grabbing announcement in July 2019, Musk revealed that his brain-machine interface company Neuralink would have a “human patient by the end of this year”.

Neuralink’s primary focus is to assist patients with severe neurological conditions, such as those who are paralysed, by allowing them to control a computer using their mind.

Musk went one step further, claiming that Neuralink’s technology will eventually lead to humans having a “symbiosis with artificial intelligence”.

Musk “aspirationally” aimed to have its first human patient by the end of 2019. That goal was then pushed back to 2020. And then 2021, which was also the initial goal to bring Neuralink to market.

While Neuralink has demonstrated early versions of its technology on pigs and monkeys, there is little indication that it is near to human trials.

It is difficult to keep track of Musk’s predictions about reaching – and colonising – Mars. In the early 2000s, the billionaire hoped to get to the red planet by 2010.

Things took a little longer at SpaceX, his rocket company, to get off the ground. His goal to make humans an interplanetary species has since been pushed back. First to 2018, then to 2022 and most recently to 2024.

In another out of this world promise, Musk said in February 2017 that SpaceX would send two private citizens to space sometime “next year”. SpaceX is set to launch its first private astronauts into space later this year – assuming no further delays.

For all the times that Musk has overpromised, the billionaire entrepreneur has had his fair share of successes.

While Tesla got off to a slow start there is no doubting now that it has revolutionised the electric vehicle market. At one point, Tesla stock was the most-shorted company in history. In 2020 it became the most valuable car company in the world and in the first half of 2021 became profitable for the first time without the help of selling emission credits.

SpaceX has revolutionised the space industry thanks to its reusable launch system. With rockets returning autonomously to Earth after parting with the payload, Musk has significantly reduced the cost of flying things into space. With this has come lucrative commercial contracts with NASA. It has also helped spawn another Musk business – Starlink.

The company is launching thousands of small satellites into low Earth orbit via SpaceX rockets. If successful, Musk may end up revolutionising internet connectivity too.

And in fairness to Musk, he gave a more measured response when asked by Carnegie Mellon University computer engineering professor Raj Rajkumar if Tesla Bot was “the next dream shot to pump up the hype machine”.

Musk replied: “I can safely say that it will be much longer than 10 years before a humanoid bot from any company on the planet can go to the store and get groceries for you.”