A rare water vessel, believed to been stolen from China 150 years ago, will go under the hammer today.

Dating back to the Western Zhou dynasty (1100-771 BC), the piece is known as the tiger ying due to the detailing on its spout and lid.

According to Canterbury Auction Galleries, there are just five similar items in existence. However, this is the only piece of its kind in private hands. It is also only the second to be offered at auction.

Likewise, it is the only piece to feature the tiger, an animal held in high regard in Chinese culture, according to the auctioneers.

The item, produced some 2,200 years ago, would have been used by an upper-class individual to wash their hands and face during ceremonies.

The relic had been missing for more than 150 years. However, it was discovered in an “unassuming house” in England by Asian art dealer Alastair Gibson.

However, China could stop the sale from going ahead. 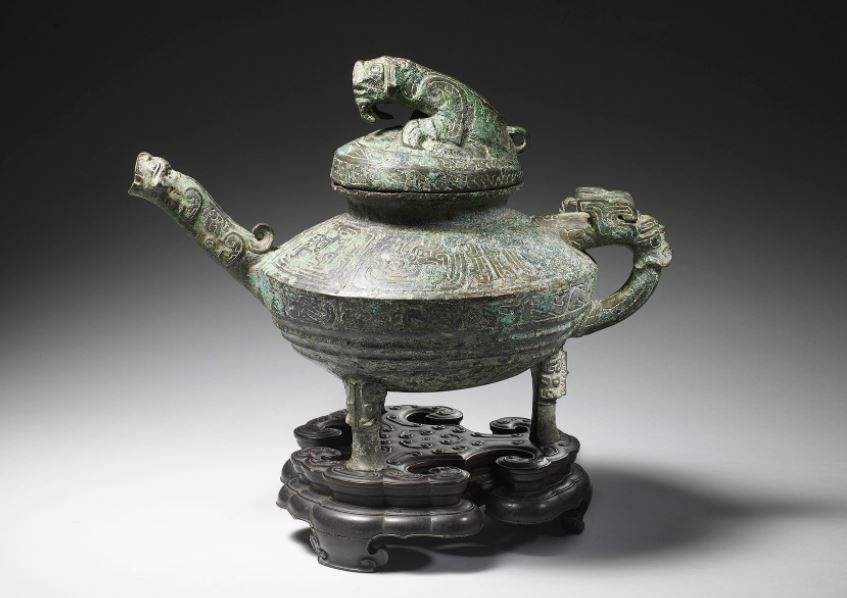 Could China stop the auction?

The piece is believed to have been looted from China’s Old Summer Palace.

It is thought to have been taken by a British soldier during a siege on the Old Summer Palace during the Second Opium War.

The Old Summer Palace, home to the Emperor of Qianlong, held many Chinese treasures. However, it was largely ransacked and destroyed during the war.

Given how it likely arrived in the UK, China has condemned the sale of such a piece, calling for Chinese bidders to boycott the sale.

China  asked Christie’s auction house to remove two Qing dynasty bronze sculptures from a 2009 auction. Like the tiger ying, these items were thought to have been illegally taken from the palace.

While Christie’s went ahead with the sale, the Chinese bidder who won the auction refused to pay for the items.

Christie’s has since donated these relics back to China.

When I was asked to view a small collection of Chinese bronzes in this unassuming house, I didn’t imagine the door would open to an 1860s time capsule. The last thing I expected to find was this remarkable bronze.

China’s State Administration of Cultural Heritage has denounced the auction.

It has released a statement confirming that it, “strongly opposes and condemns Canterbury Auction Galleries’ insistence on auctioning the suspected illegally discharged cultural artefact despite solemn protest from China and conducting commercial hype in the name of cultural relics of wartime looting”.

The Chinese Cultural Relics Society believes that as many as 10 million antiques have been stolen from China since 1840 as a result of wartime looting and illegal excavations.

Canterbury Auction Galleries’ two day sale of fine art & antiques got underway yesterday. However, according to Reuters, the tiger ying will be sold today.

The auction will also include five other pieces of Chinese bronze. Among the items on offer is a Chinese wine vessel thought to have been made in the 1800s.