The world’s biggest social media companies have faced a lot of controversy over the years. Some accuse them of being the root cause of cyber-bullying, to exacerbate eating disorders and to choke free speech, all just so that they can make a profit.

Others argue that they have the power to influence elections, can be used to incite riots and that they dominate their markets in an unfair way.

While most of these companies have been caught in the so-called tech bubble bust and have seen their valuations drop, these decreases have not significantly affected their rankings. 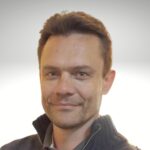 The top companies are either American or Chinese based multi-media and social networking companies.

Market capitalisation, or market cap, is used to measure the value of a publicly listed company. The market cap tends to be calculated by multiplying the share price with the amount of any outstanding values. In cases where social media companies were private, market valuations have been used.

When most people hear the name Microsoft, they probably think about the operative system windows. However, the Redmond-based tech giant is so much more than just a snazzy operative system.

It has also stretched out into a range of different arenas through a string of acquisitions. One of its biggest deals to date happened in 2016 when Redmond bought professional social media company LinkedIn for $26.2bn.

Microsoft has continued its acquisition spree in the years since. In April 2021, it acquired speech-recognition company Nuance for $19.7bn.

Earlier this year, Microsoft announced plans to buy video game developer Activision Blizzard in a $68.7bn deal, which has been seen as way for the software giant to stake its claim to become metaverse leader.

Microsoft has a valuation of $1.92tn.

Alphabet is ranked as the fourth most valuable company in the world. The current market cap is $1.47tn at the time of writing.

Ecommerce powerhouse Amazon has spread into a lots of industries since it started out as an online book shop in 1994. In July this year, it was revealed that it had bought medtech company One Medical.

But before that, Amazon bought gamer platform Twitch in 2014 for $970m, which means Amazon has earned its place as on of the biggest social media companies in the world, even though it represents just a fraction of Jeff Bezos’ empire.

Meta is an American social networking company that was formed via a company restructure of Facebook in 2021. The rebrand was made to underscore Facebook’s new focus on becoming a metaverse company. The platform owns several of the world’s biggest social media networks.

First among them is Facebook, which CEO Mark Zuckerberg co-founded in 2004. Other companies in its portfolio also includes photo-focused platfrom Instagram, founded in October 2010, and freeware messaging service WhatsApp, which was founded in 2009.

Meta also owns Oculus VR, a manufacturer in virtual reality hardware. Oculus was acquired by Meta in 2014. Some experts believe Meta’s metaverse push was made in an effort to kick-start its flailing VR business.

In recent years, Meta has also pushed deeper into the realm of fintech. These efforts includes the now defunct and unrealised cryptocurrency project Diem as well as payment solutions in Messenger.

Meta is ranked as the seventh most valuable company in the world.

Tencent is a Chinese multinational technology and entertainment conglomerate and holdings company. It is one of the largest video games companies in the world. Tencent is also the owner of WeChat, which was founded in 2011.

WeChat is an instant messaging, social media and mobile payment app. It has become the largest social media network in China. The current market cap is $406bn.

ByteDance is a Chinese multinational internet technology company. It developed short form video app TikTok in 2016 along with its Chinese specific counterpart Douyin and news platform Toutiaos. TikTok was not launched worldwide until TikTok merged with Chinese social media service Musical.ly in 2018.

ByteDance is known as the world’s largest unicorn company. This means it is a company that has reached a valuation of at least $1bn without being publicly listed.

However, it seems as if its valuation has been hurt by the recent market downturn. On Wednesday July 20, Bloomberg reported that investors have been buying shares in the TikTok-owner at a $275bn valuation. That represents a 25% drop from last year. The drop has also been linked to Beijing’s tech crackdown, which saw ByteDance shelve plans to float on public markets.

Kuaishou is a Chinese technology company, which created its namesake video sharing app in 2011. In Pakistan and Indonesia, the Kuaishou app is known as Snack Video.