On his first trip abroad, US president Donald Trump has sought to connect with allies in both the Middle East and Europe and perhaps reassure them against some of the doubts raised by his policies and rhetoric so far.

With plenty of odd moments along the way, we take a look at the pictures that capture the president’s tour. 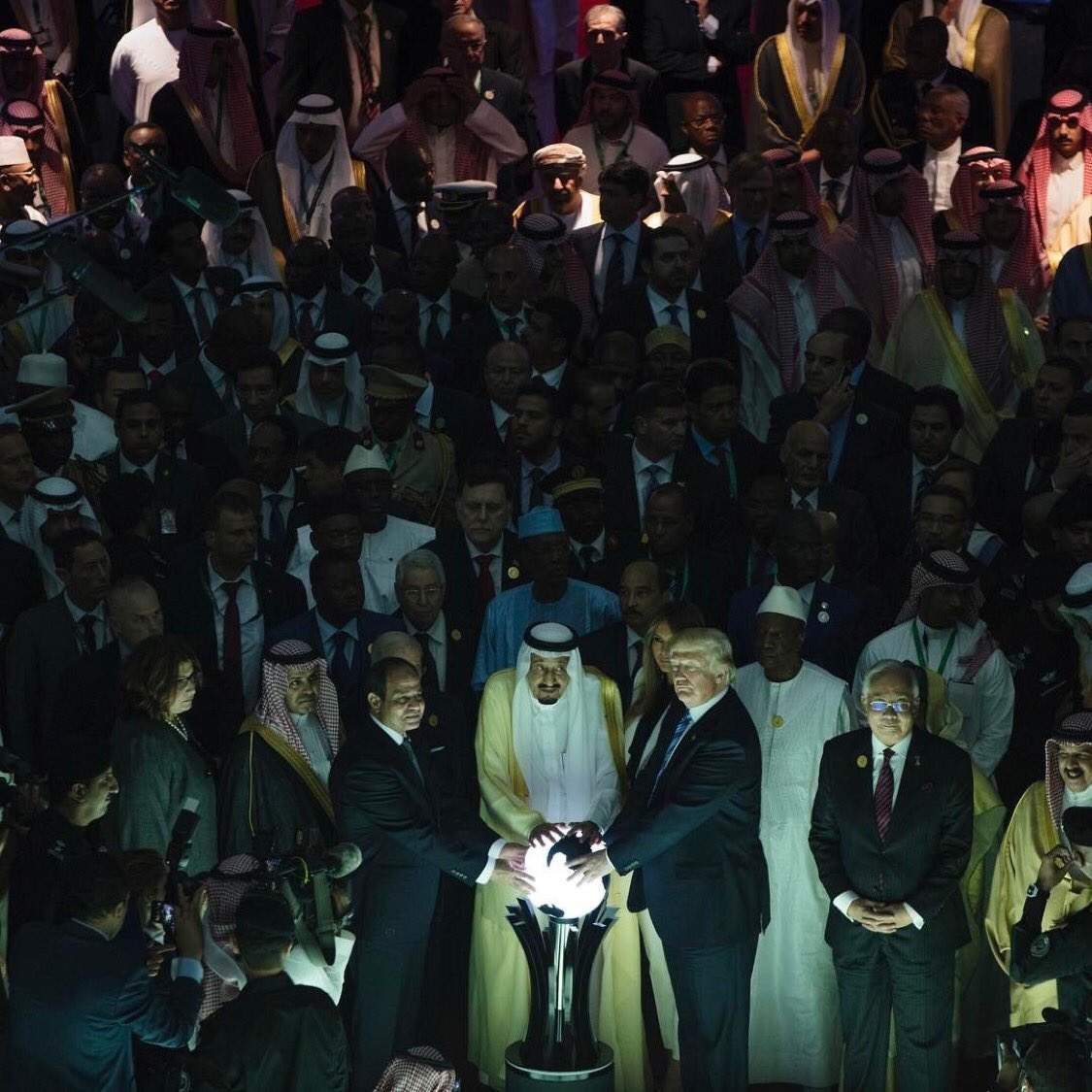 Trump’s first stop was to Saudi Arabia, visiting Riyadh, the country’s capital, to meet with King Salman bin Abdulaziz Al Saud. Abandoning his former Islamophobic campaign rhetoric, Trump seemed to instead embrace Saudi Arabia as an ally against extremism in the Middle East.

While he may have made one slip up, referring to such extremism as “Islamic terror” rather than “Islamist terror”, he largely seemed to toe the established line in regards to relations to with the Saudi nation.

He actually seemed rather intent on establishing a positive relationship, signing a deal that would see the US provide Saudi Arabia with $110bn in arms sales.

However, despite all this relative normality, eyebrows could not be failed to raised at the opening of the Global Centre for Combatting Extremist Ideology when the president, along with King Salman and Egyptian president Abdel Fatah al-Sisi, placed his hands on a glowing globe.

Fortunately, the Church of Satan made public assurances that this was not one of their rituals.