Users are forced to keep their messages short and sweet. It is this rule that helped the social media platform find its place in a digital world dominated by Facebook.

However, as Twitter has grown, the company has found the character limit extremely, well, limiting. Twitter attempted to implement new features in order to attract and retain users and stop share prices from sliding.

As a result, Twitter has since set about trying to relax the 140-character limit as much as possible.

However, the social network isn’t done there, with an upcoming feature set to make longer tweets possible.

What is the Tweetstorm feature?

Twitter users will know all too well what a “Tweetstorm” is. This term is used to describe a series of tweets posted in quick succession about a particular subject.

Take this example from Donald Trump, who launched a three-part attack on United States Senator Richard Blumenthal earlier this year, following the suggestion that Russia had helped to put Trump in the White House:

Interesting to watch Senator Richard Blumenthal of Connecticut talking about hoax Russian collusion when he was a phony Vietnam con artist!

Never in U.S.history has anyone lied or defrauded voters like Senator Richard Blumenthal. He told stories about his Vietnam battles and….

…conquests, how brave he was, and it was all a lie. He cried like a baby and begged for forgiveness like a child. Now he judges collusion?

Users are currently forced to split their tweetstorm rants up into parts in order to get around the platform’s limit. However, Twitter is set to make these tweet threads a whole lot easier to compose.

According to Matt Navarra, the social media director for tech site The Next Web, Twitter is currently testing a new feature which allows users to compose lengthier tweets. 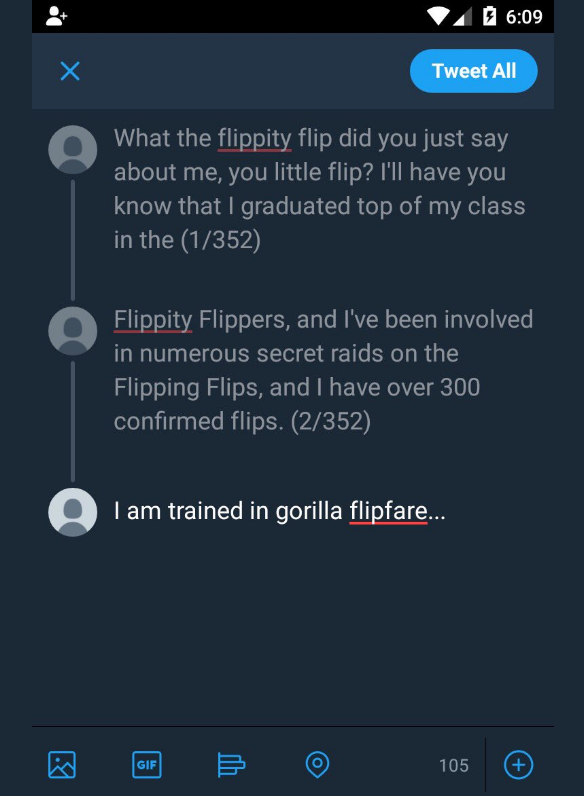 Rather than forcing users to break down their tweets themselves, the platform will do this for you.

The user will write down all of their thoughts before hitting tweet. This will then be broken up into a number of 140-character messages, with a number added to each to mark its place in the tweetstorm.

Navarra found the feature hidden inside the current Twitter Android app. However, its existence has yet to be confirmed by the social network.

As a result, there is no set date for the feature’s release, or even guarantee that it will make it onto the platform.

However, judging by the reaction to the find, it is definitely something that Twitter users want.

Likewise, with Twitter’s user growth stalling, the company will be keen to keep their current users happy, so we can expect the tweetstorm feature to go live sooner or later.