Didi’s website claims its service will be beginning in the country “very soon” but did not say exactly when or in which cities.

Many tourists are thought to be keen on alternatives to the country’s rickety transport system and congested streets.

Didi’s website featured a slew of perks to attract drivers and customers, such as bonuses for drivers to recruit others.

As part of the recruitment drive, the company also said it will not take a cut of fares until 17 June, after which it will take 20%.

This is lower than Uber’s commission in most of its countries of operation.

In a bid to appeal to safety conscious tourists in a country known for its spiralling crime rate, Didi said its app will be equipped with a security button to connect passengers with police and other emergency services.

Working out of a shared office space in the trendiest part of Mexico City, Juarez, Didi started laying the groundwork for its break into the Mexican market late last year.

Didi is the largest ride-hailing app in the world with around 450 million users in China alone. It completed more than 7.4 billion rides last year, almost double those made with Uber.

The company will first offer a car service only in Mexico, its website said, but may offer other modes of transport, such as motorcycles in the future, it was reported by Reuters.

Didi’s move into Latin America trails Uber, which has already gained a strong foothold in the region. 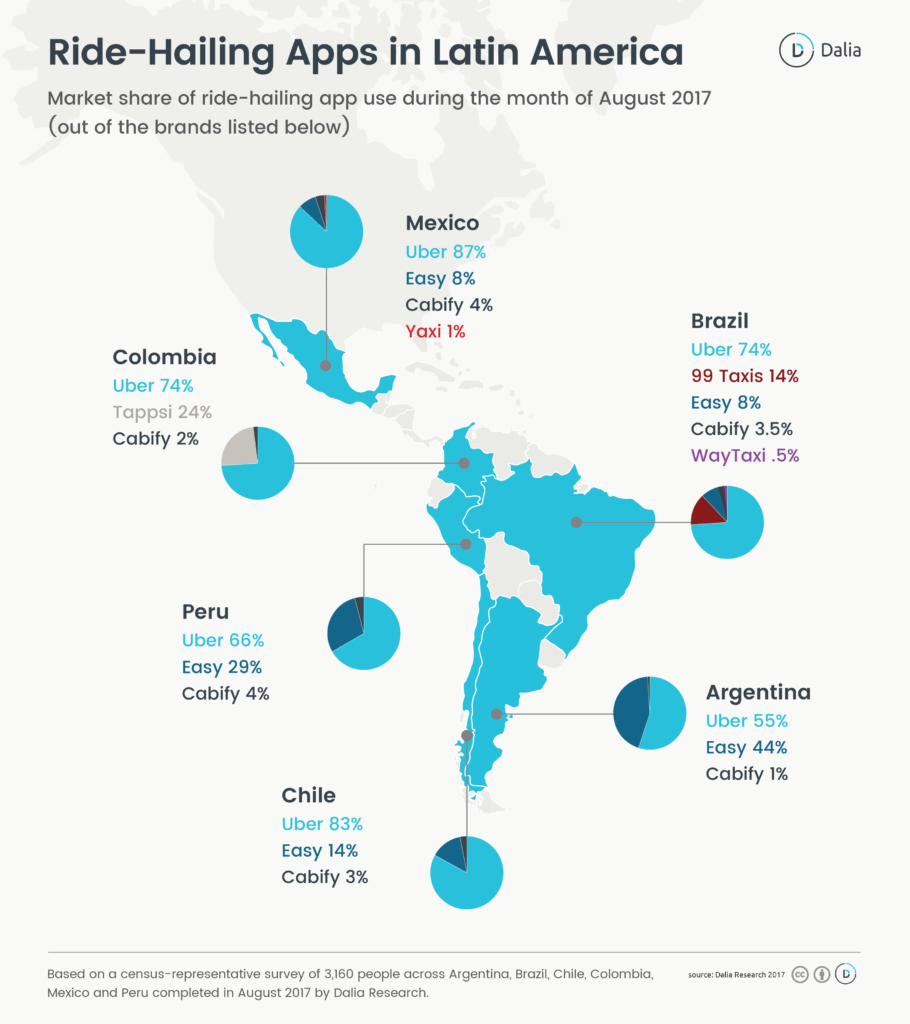 The battle to control the ride-hailing and taxi market in countries like Mexico is getting fierce.

Mexico is also one of Uber’s prize markets, where it controls 87% of the market, as of August last year, according to Berlin-based Dalia Research.

It is bankrolled by blue-chip global investors including iPhone maker Apple and Japan’s SoftBank, which helped it raise $10 billion last year.

Didi’s other competitors in Mexico will be Spanish-owned Cabify, which launched two-years ago and now operates in seven cities in the US.

Didi Chuxing bought Uber’s business in China in 2016, after Uber gave up trying to compete with the firm in its local market.

Didi is currently valued at $56 billion.