UK unemployment dropped by 57,000 in the three months to June bringing the jobless rate down to 4.4 percent — its lowest level since 1975.

The proportion of people in work now stands at 75.1 percent.

The squeeze on real incomes continues to grow, however — though at a slower pace — according to the ONS figures out today.

Average weekly earnings increased by 2.1 percent compared with a year earlier — up from a recent low of 1.8 percent in April.

With inflation at 2.6 percent, real earnings fell by 0.5 percent. 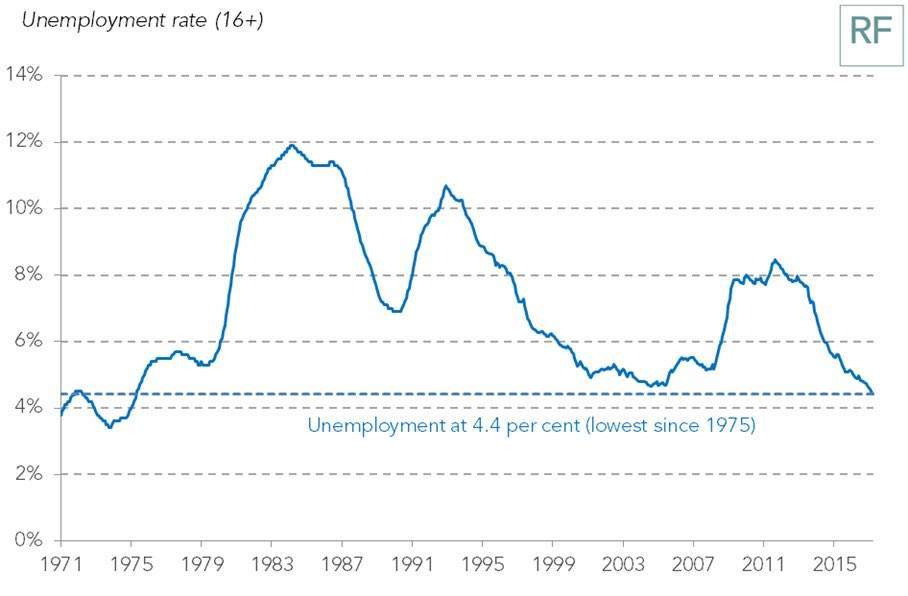 Some are concerned about the latest statistics however.

Based on predictions for inflation, the squeeze on earnings will be deeper and longer than we expected. It looks like we might not see real pay growth until quite late on in the year, if not early next year. However, we won’t see the type of squeeze we saw in the financial crisis, when wages fell for over three years. 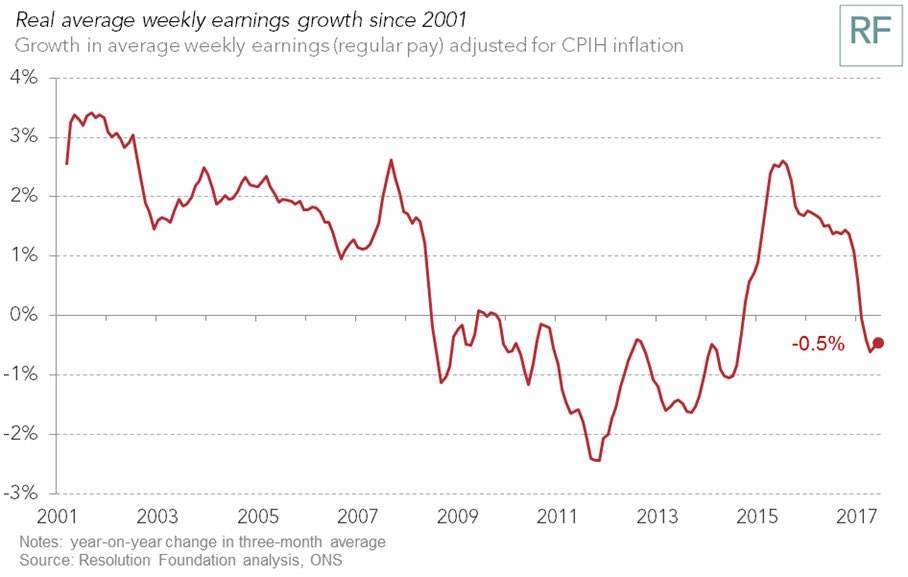 The employment picture remains strong, with a new record high employment rate and another fall in the unemployment rate. Despite the strong jobs picture, however, real earnings continue to decline. New figures on the number of workers who say they are on zero-hours contracts show a small drop on last year.

The number of self-employed has also slowed. 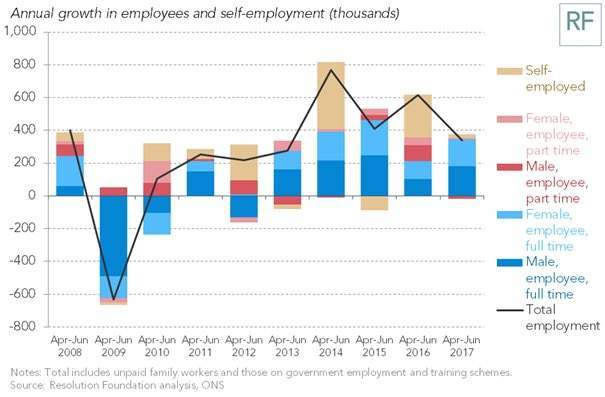 “The contribution of the self employed to overall employment figures has fallen quite a lot. The optimistic story is that as the economy has improved and the labour market has continued to tighten, firms are moving people onto more permanent contracts.