The US recorded the highest number of outbound and inbound mergers and acquisitions (M&A) deal volume in the technology sector in 2018, finds GlobalData, a leading data and analytics company.

Out of the top ten positions with regard to the number of outbound M&A deals,  all were occupied by developed nations. The US-led this chart in terms of both deal volume and value in 2018.

In the top ten list, the US stood way ahead of other countries, recording 552 outbound M&A deals and $85.2bn in disclosed investment value.

The top ten countries experienced an increase in outbound M&A deals volume in 2018. However, five countries witnessed a fall in investment value when compared with the 2014-2017 average.

The highest growth in deal volume in 2018 was recorded by Switzerland as compared with the 2014-2017 average, while Sweden took the top spot with regard to growth in investment value.

All of the top ten countries experienced an increase in the number of inbound M&A deals in 2018 compared to the 2014-2017 average. However, three of them experienced a fall in the disclosed investment value in 2018.

The US took the top position in 2018, recording 408 inbound M&A investments. Although the UK was behind the US with 266 investments, these had a disclosed investment value of $56.7bn. This placed the UK at the top in terms of value, outpacing the US by a huge margin.

The US also fell behind other countries in terms of value growth. This put it among three nations that witnessed a decline in the disclosed investment value in 2018.

Aurojyoti Bose, lead analyst at GlobalData, said: “M&A in the technology space is expanding outside Silicon Valley. Now, emerging countries such as China and India are creating attractive acquisition targets.”

In terms of volume growth, China occupied the top position. However, India recorded the highest growth in the disclosed investment value last year. 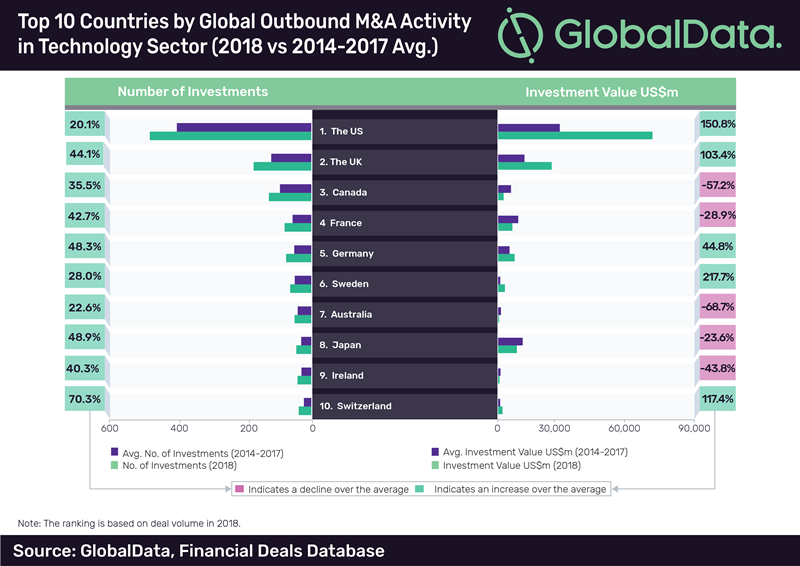 Bose concluded: “Companies are now looking outside their borders to acquire technologies. This means that cross-border deal-making across the sector is likely to remain buoyant. Nevertheless, trade disputes and increased scrutiny of deals still remain areas of concern.” 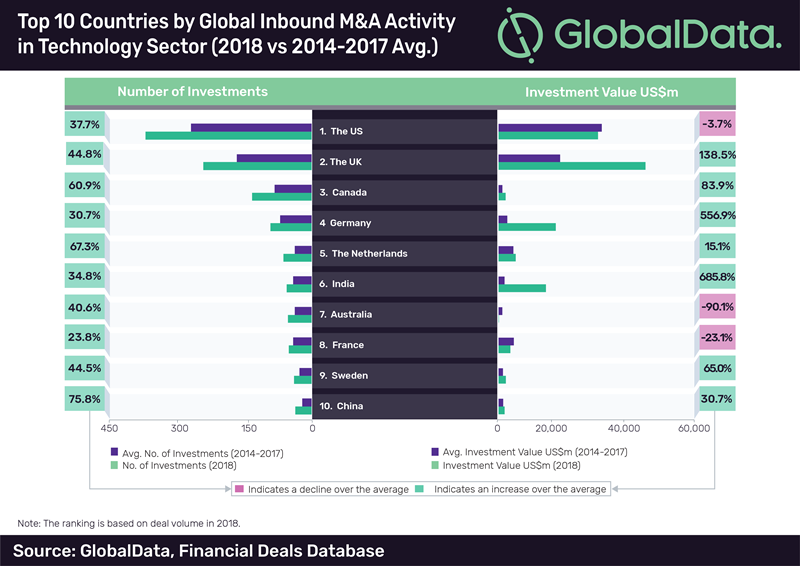