Verdict Magazine Issue 10 is out now, providing the deep analysis, long reads and comment articles on the biggest topics impacting the world of technology our devoted readers have come to expect. In this July issue, we investigate how technology puts people’s privacy at risk and what can be done about it.

Privacy matters, especially with vaccine rollouts leading to countries moving out of lockdowns. The easing of social restrictions is combined with nations requiring citizens to give up data on their movements and contacts to track infections. Often, this information has also moved through the hands of private companies such as hospitality venues. In the future, new forms of identification and verification covering vaccine status are likely to be required in many jurisdictions. Read on to find out more.

Meanwhile, cybercrooks aren’t taking their feet off the gas. In fact, ransomware gangs seem to be upping their efforts to launch bigger and bolder attacks. The SolarWinds, Colonial Pipeline and Kaseya attacks were just the most visible strikes. This fact has reignited the debate about whether or not paying ransomware gangs should be illegal. The argument is that a ban could cut criminals off from their revenue streams and disincentivise them. But, as we find out in this issue, banning ransomware payments is more complicated than one might think. We’ll also take a dive into the issue of vaccine passports and other forms of pandemic-related health passes.

And there’s still more. Dating apps, which have been hugely popular during lockdown and may prove even more so in the “Summer of Love”, are yet another potential privacy issue. Singles migrated to apps like Tinder, Hinge and Bumble to fight off lockdown loneliness over the course of the pandemic. However, as we explain in this issue, the growing popularity of these apps also comes attached to increasing risks of harassment, doxing and other serious breaches of privacy.

How to feel about emotion recognition software 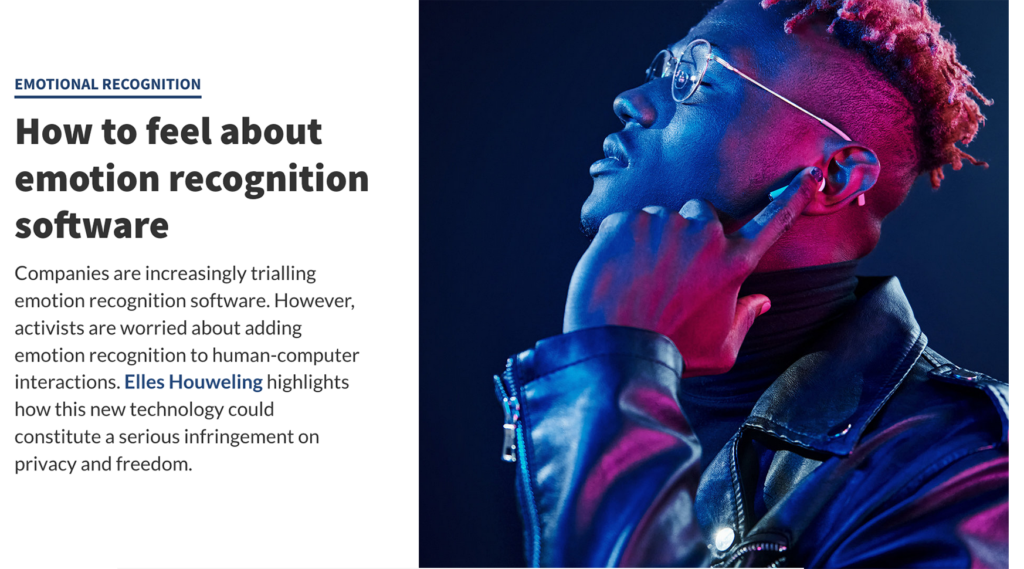 Covid Passes: What you need to know

As the world slowly emerges from the Covid-19 pandemic, travel plans are being made again. Introducing digital vaccination passports may seem like a one-way ticket to freedom, but Elles Houweling examines how they raise privacy and cybersecurity concerns. 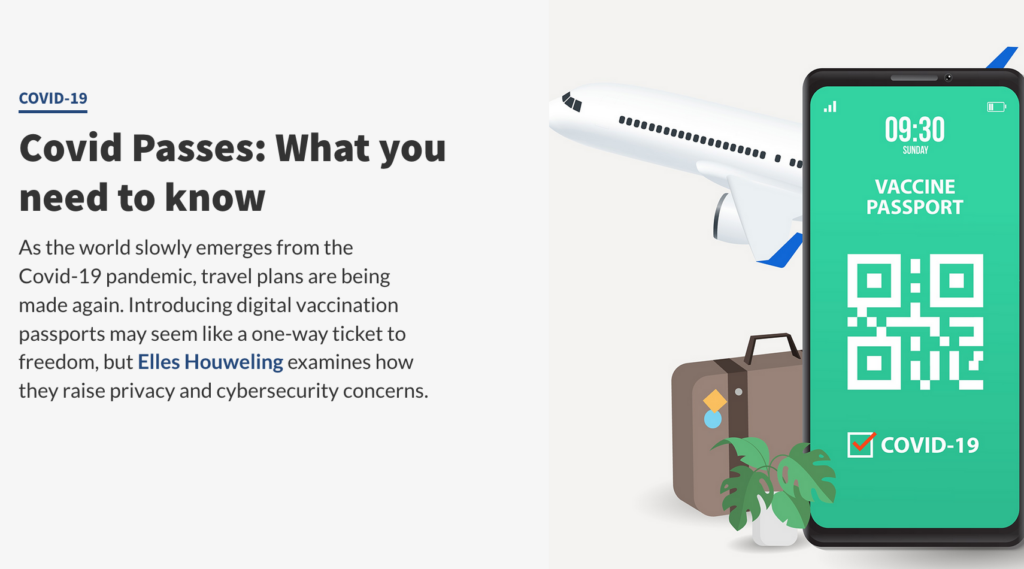 Should making a ransomware payment be illegal? It’s complicated

Ransomware attacks are growing in popularity, but should victims pay the laptop-wielding larcenists? Robert Scammell reveals why the question doesn’t have a straightforward answer. 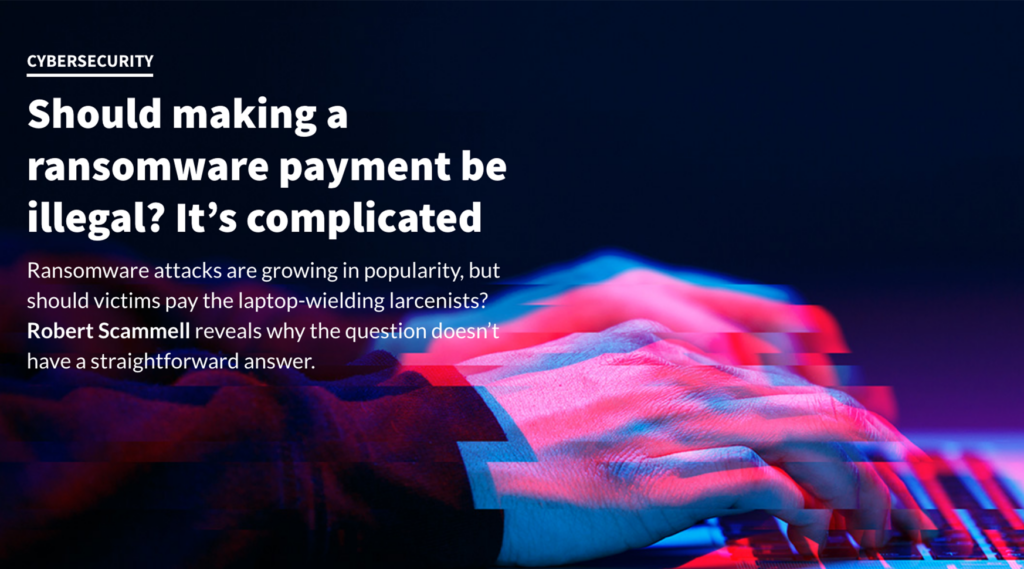 How dating platforms had a great pandemic

Dating apps feared Covid-19 would cause them irrevocable damage. Instead, they had their best year yet. With restrictions easing, the industry is now expecting to cash in on a summer of love. Eric Johansson finds out more. 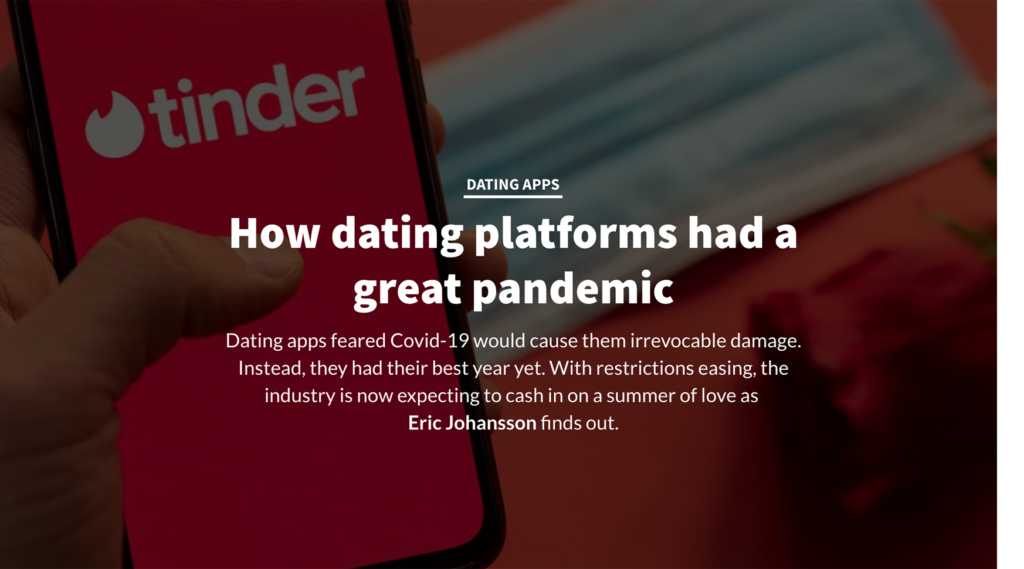 Watch out Amazon, TikTok is coming for you with short-video ecommerce

Elles Houweling takes a look inside the new world of short-video driven ecommerce sales as seen in China, which may soon upset the traditional Western search-and-click experience. 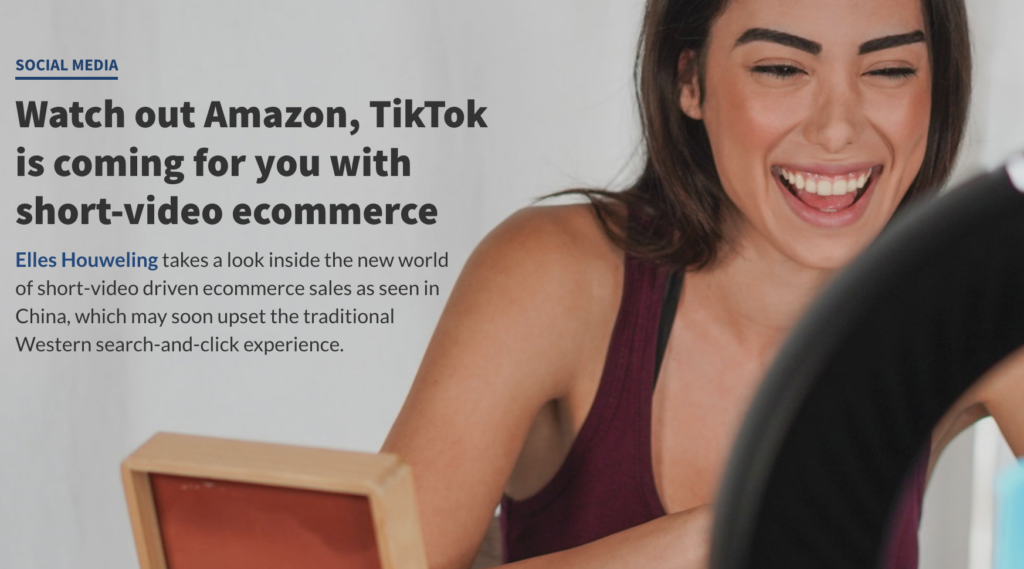 Facebook has its FAANGs out with flourishing enterprise tool Workplace

‘FAANG’ companies (i.e., Facebook, Amazon, Apple, Netflix, and Google [Alphabet]) are usually associated with the consumer market, but their influence on the enterprise market should not be underestimated, especially in the wake of Covid. Recent digital growth may have been accelerated by the pandemic, but this doesn’t appear to be a temporary blip. 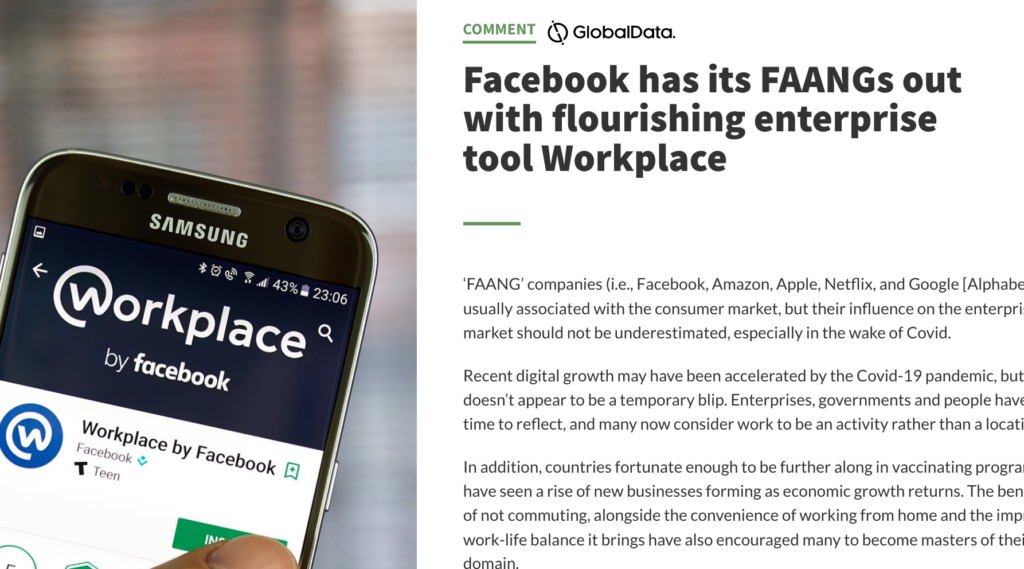 Deal activity in the cybersecurity space 2016-2020 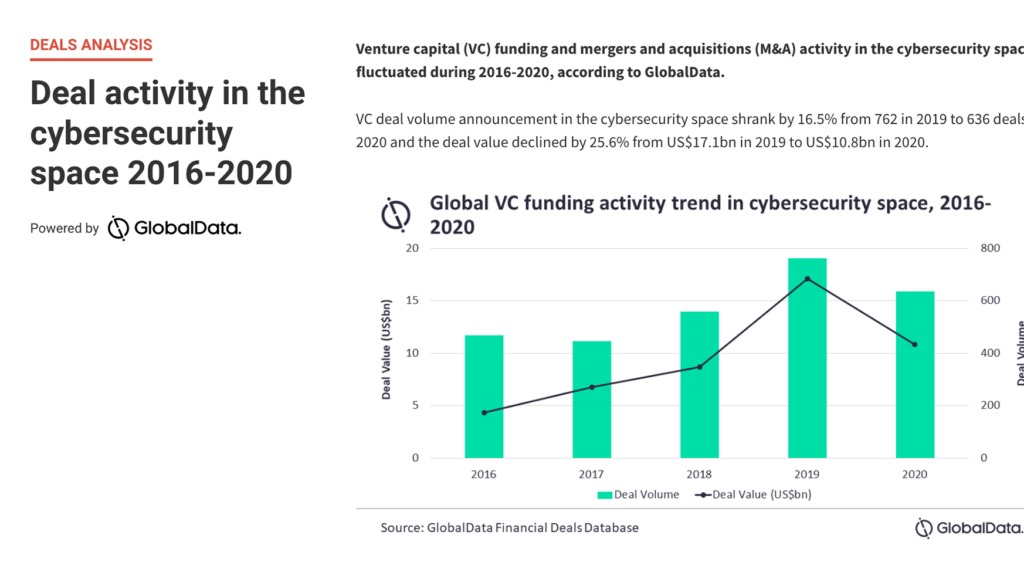