Verdict Magazine Issue 11 is out now, and it’s packed with all the deep analysis, long reads and comment articles on the biggest topics in technology that our readers have come to expect. In this November issue, we look at tech-driven change in the ways that money moves.

Cash isn’t king. It hasn’t been for some time. Contactless payments, online shopping and electronic transactions have been around for years – and their ubiquity is only set to grow. No matter that some Neo-luddites may be fighting a rearguard action against the cashless society, the world is increasingly breaking up with old-fashioned money, for better and for worse.

In the Nordic nations, only a shrinking minority of transactions are made with physical money. Norwegians, for instance, only use banknotes and coins in 4% of transactions. The UK is relatively speaking behind the curve, with cash payments used for 17% of all transactions in 2020, but this is still a massive drop from the 70% recorded in 2010.

Banks and other financial institutions have welcomed the move as it enables them to automate a lot of work that used to be done manually, letting them cut costs whilst simultaneously speeding up their services. The result has been a widespread closing of branches and ATMs, which has drawn criticism from the opponents of the cashless society.

Covid-19 has undoubtedly accelerated the adoption of digital money in general. Fear of spreading the contagion via physical money, social distancing rules motivating more consumers to take their shopping online, and rising contactless spending limits have all contributed to the rise of cashless transactions over the past two years.

Money going digital has also opened up opportunities for companies in the financial technology space. Over the past decade neobanks like Revolut, payment processing companies like Square and buy-now-pay-later ventures like Klarna have reaped the benefits of an increasingly cashless society – in the world’s wealthier nations, at least. Tellingly, Klarna became Europe’s most valuable privately owned company earlier this year, reaching a $45.6bn valuation.

Given the skyrocketing digitalisation of money, we have devoted this issue of Verdict Magazine to fintech, the intersection of the financial and technology industries. Among other things, we investigate the rise of the Latin American fintech scene and hear from Klarna’s UK boss about how his rising firm plans to go on the offensive against Britain’s big banks.

Viva fintech in Latin America: Why the region’s neobanks are booming

Challenger banks like Nubank, C6 Bank and Neon Bank are riding high on the fintech boom in Latin America, but they are not alone. The region’s innovators are hard at work developing technology that can help financial services firms tap into new customer bases and a wealth of profit to boot. Elles Houweling finds out what’s driving the fintech explosion in Latin America.

Is the future of authentication passwordless?

Having strong and different passwords for each of your accounts is important, but it can be challenging to remember or manage all of them. Luckily, Robert Scammell reveals that passwords may soon be a thing of the past. 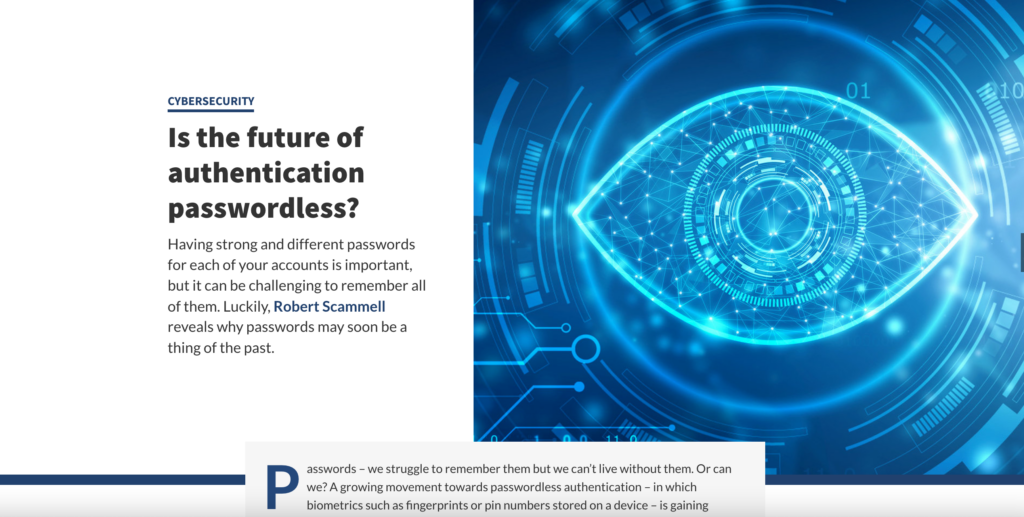 32 Buy-Now-Pay-Later companies you need to know about

The buy-now-pay-later industry has grown tremendously over the past decade, but keeping track of all the players in the sector is far from easy. Luckily, Eric Johansson has provided a list of all the players you should really know about.

Facebook’s Metaverse: Future of post-pandemic business, or just another attempt to kickstart VR/AR?

The metaverse is described by GlobalData social media research as a “virtual world where users share experiences and interact in real-time within simulated scenarios”. Facebook is not the only company doubling down on the idea of the metaverse. Giacomo Lee discovers why businesses are so excited about the concept.

UK Klarna boss: Our crosshairs are set on the real British banks

Swedish quadradecacorn Klarna first entered the UK market in 2014 with its highly lucrative buy-now-pay-later (BNPL) product. Since then, it has increasingly sought to deliver consumers’ entire shopping experience via its app and a number of other offerings. Klarna is now gearing up to introduce its banking services in the UK.

How the US rules the tech unicorns club

In the early 2000s, unicorns – privately held startups worth over $1bn – first emerged in the US. The country continues to dominate the unicorn club. According to GlobalData, there are 751 tech unicorns as of 31 August 2021, of which 379 are headquartered in the US with a collective valuation of $1.3tn. Want to find out more?

Klarna’s history of acquisitions: Get the data on all the deals

Klarna has been on a massive shopping spree lately. In October and November alone, the fintech quadradecorn has bought both price-comparison site PriceRunner and travel-planning platform Inspirock. The acquisitions have been interpreted as part of Klarna’s strategy to move beyond its buy-now-pay-later origins to rapidly become a one-stop shop for shopping – and banking too. Here’s all the data.