After a series of slow months, Netflix is seriously upping its game as we head into summer. There’s a whole slew of great new films and television series coming to Netflix in June 2018.

First of all, television. After months of waiting, one of the most talked about documentary series in recent memory, Planet Earth II is heading to Netflix on 11th June. No doubt Netflix will be using this catch to promote its pricier 4K-compatible price plan.

For those who enjoy a good nature documentary, the BBC has recently emptied their documentary archive onto the streaming service, so Planet Earth II joins previous hits like Africa, Frozen Planet, Life, and even Walking With Dinosaurs.

This month there’s also an incredible amount of quality film content. Movie buffs won’t be short on things to watch this month. Science-fiction and fantasy fans will be pleased to see appearances from Warcraft, Star Trek Beyond, and the new version Ghostbusters.

For those looking for a laugh, there’s some screwball comedies in the form of Central Intelligence and Sausage Party. Horror and thriller fans have The Limehouse Golem and Don’t Breathe to enjoy.

And finally, for the real film buffs out there, there are a couple of real treats. First there’s the director’s cut of The Island Of Doctor Moreau, and delightful life-affirming comedy Stranger Than Fiction.

Finally there’s the decidedly interesting Beach Rats.  We interviewed the director of Beach Rats back in November to discuss the film’s interesting look at toxic masculinity – it’s not a film for everyone but there’s a lot going on there.

In terms of Netflix Originals, there’s the second series of Marvel’s Luke Cage which won applause on its first time out thanks to its socially-conscious take on superhero fare. There’s also the series finale of Sense8 which has been long-awaited by fans. Plus, there’s a new series of Netflix’ brilliant wrestling drama, GLOW. And finally, there’s a new series of Nailed It! the best baking show about awful bakers ever made.

Anyway, without further ado, here’s everything coming to Netflix in June 2018. 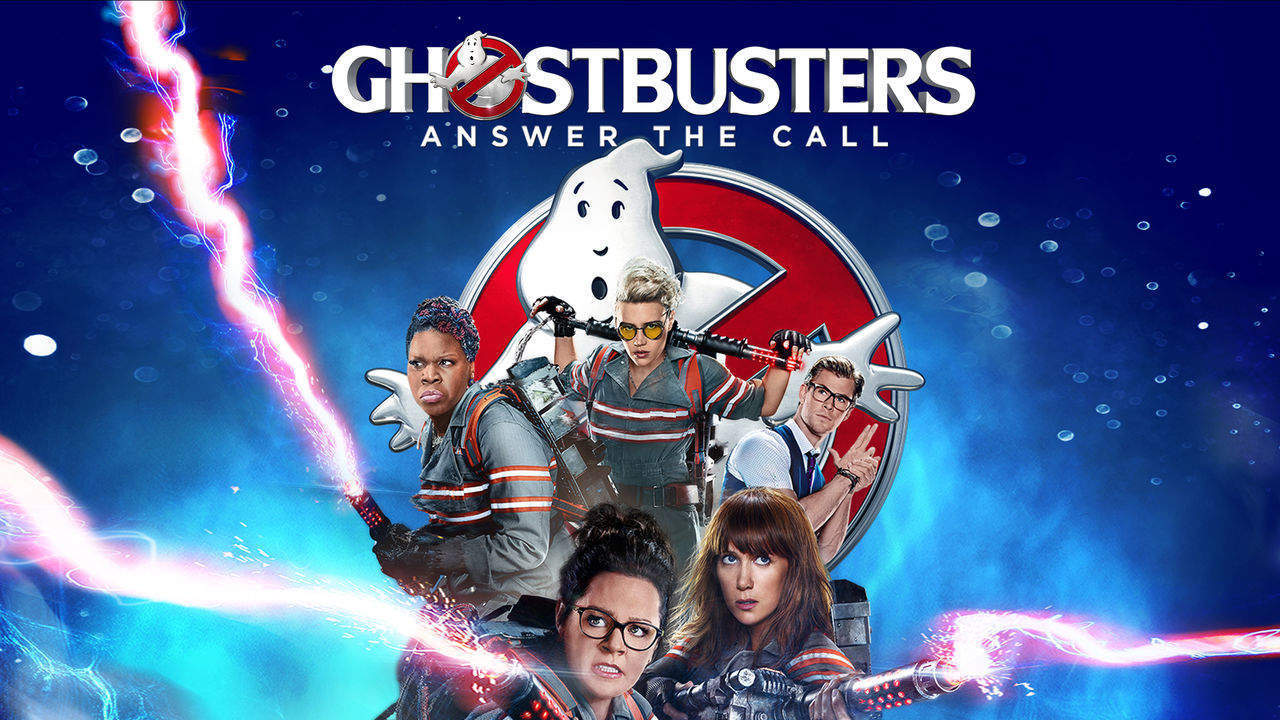 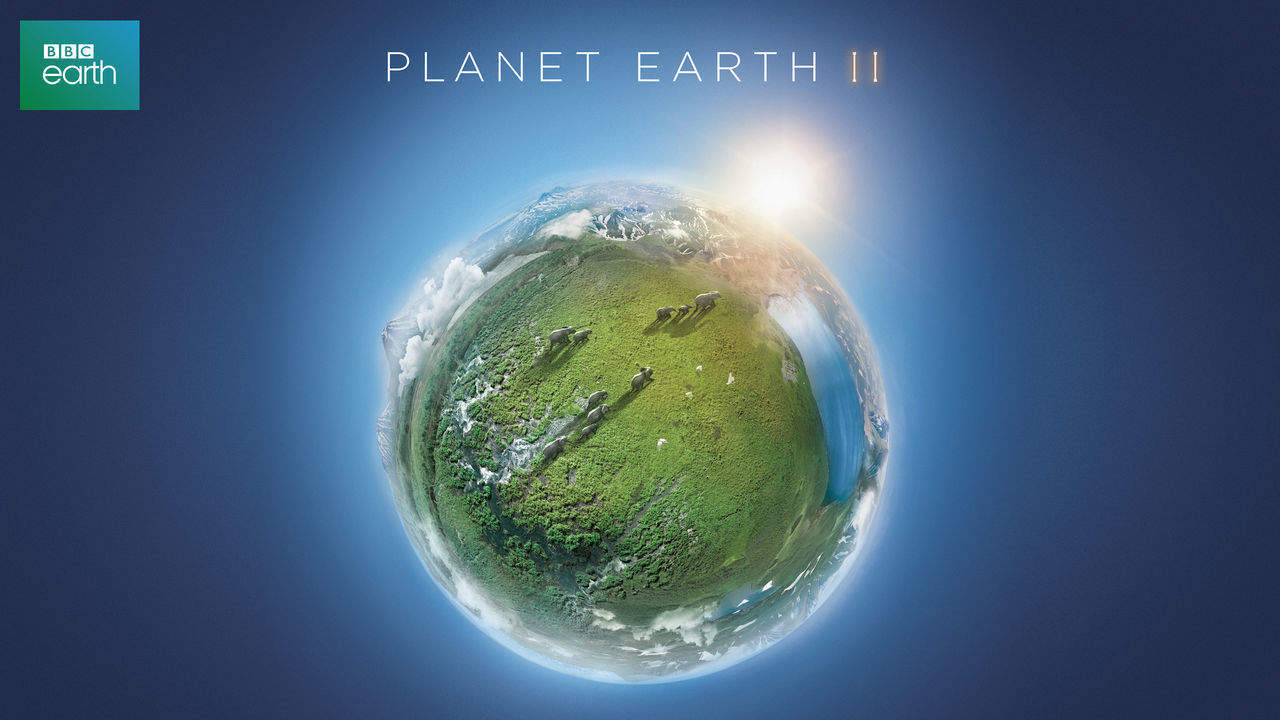 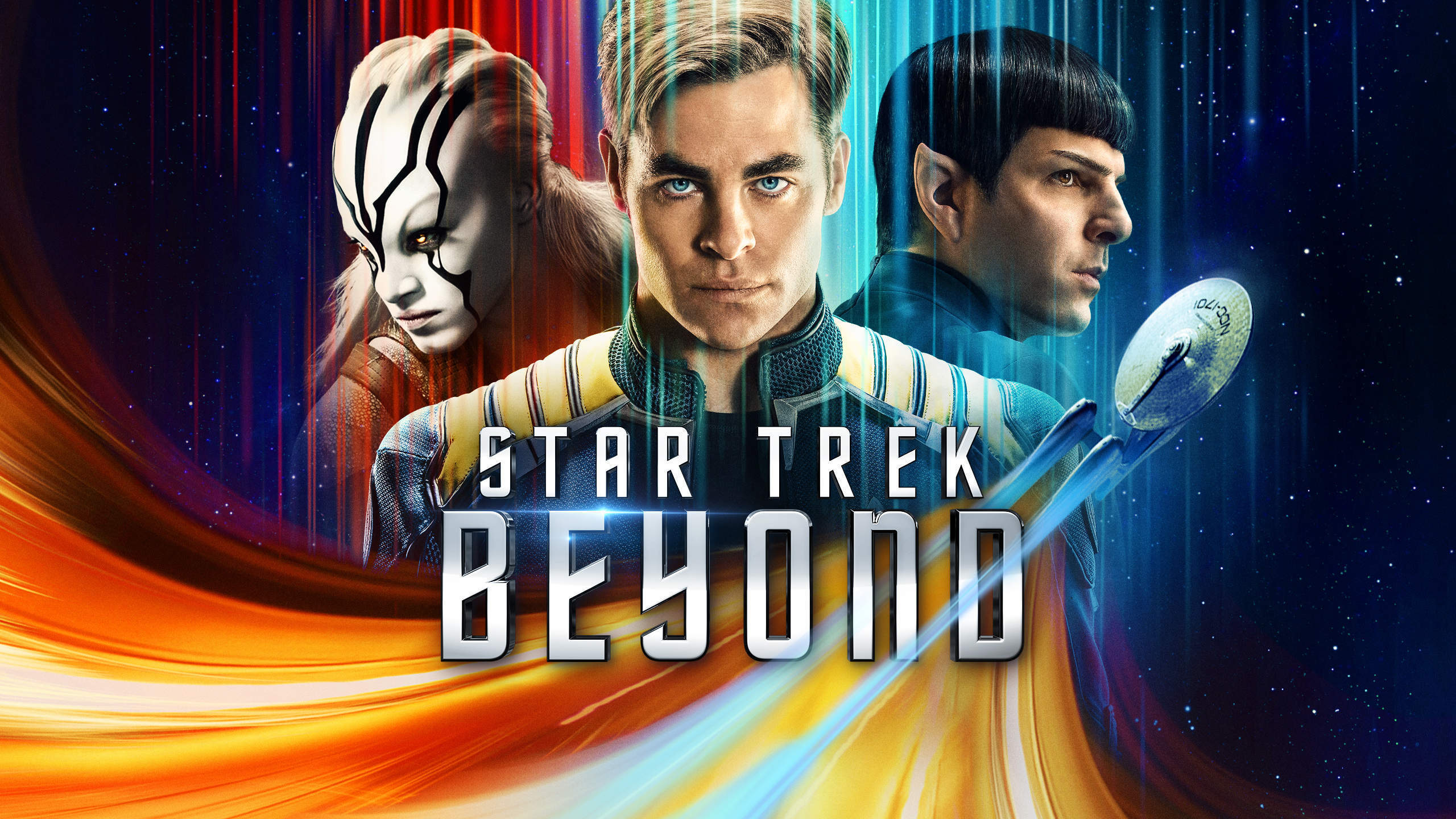 Survivors and first responders share tales of horror, kindness and bravery that unfolded in Paris amid the deadly terror attacks of Nov. 13, 2015.

Emma, Jack and Izzy face big decisions about parenthood, their careers and whether they’re meant to be together.

In the sweeping series finale, passions run high as the Sensates and their closest allies fight to save the cluster and stop their enemies for good.

Years after impregnating his girlfriend, washed-up jock Vince meets his eccentric son Michael and learns about fatherhood, one show tune at a time.

An internet superstar with an big personality, Marlon is challenged in the maturity department. But what he lacks in judgment is made up for in heart.

The Bennett boys face a hitch in their plan to buy the Peterson ranch. Meanwhile, Beau tries to take it easy after his hospital stay.

Chava Iglesias’s doting personal assistant Hugo Sánchez is tasked with leading Club de Cuervos to victory in Nicaragua — if only his mom will let him.

This scripted true crime series chronicles the two major police investigations into the murders of Tupac Shakur and Biggie Smalls.

As his popularity soars, Luke Cage finds his world suddenly upended by a mysterious newcomer with astonishing powers — and sinister plans for Harlem. 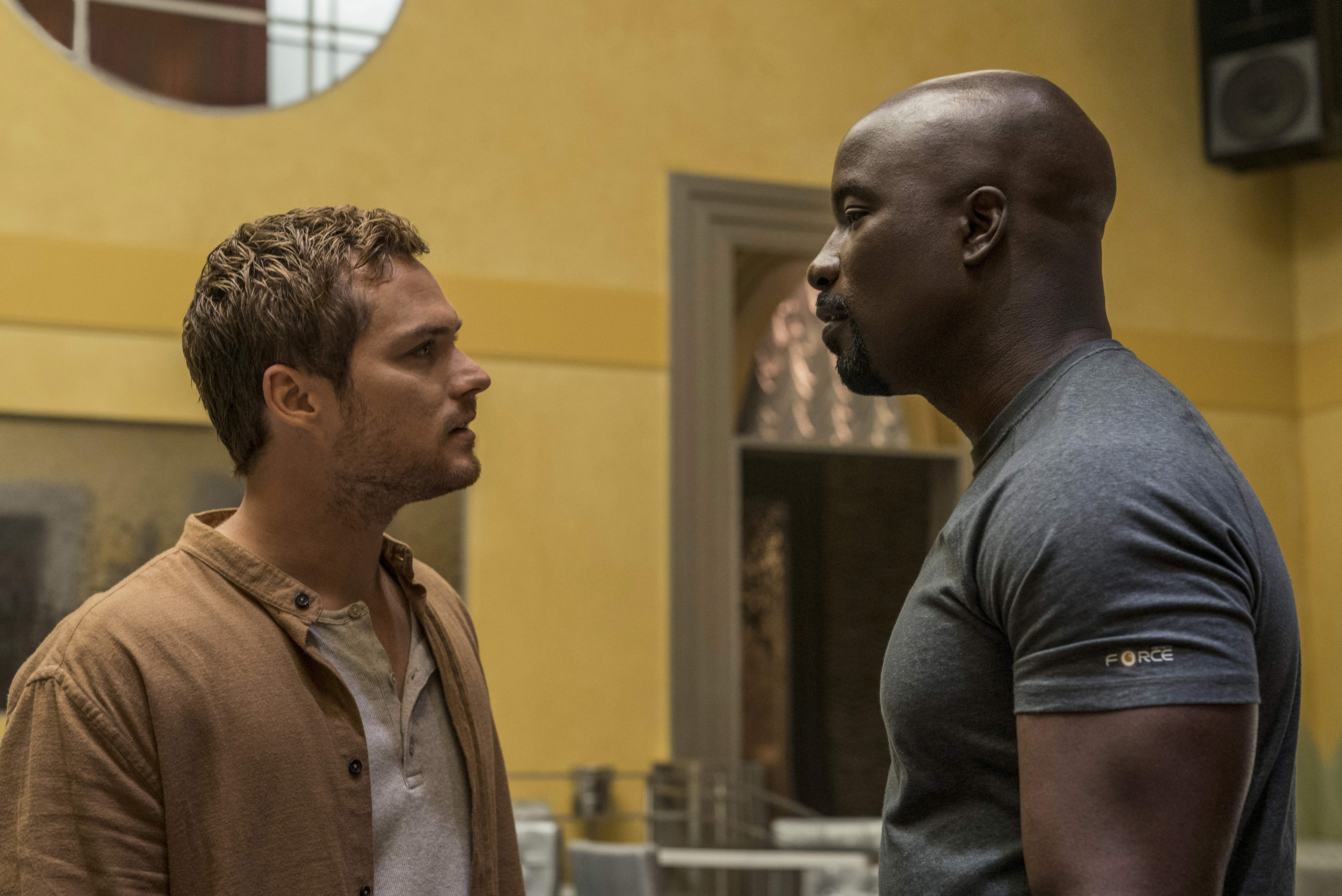 After years of skepticism, he’s mastered the art of magical thinking. Can he convince a live audience to do the same?

To expose a government’s brazen deceit, one dedicated journalist will risk her career — and her life.

Armed with leotards, leg warmers and plenty of lipstick, the women of GLOW return with style. The season returns for a second round. 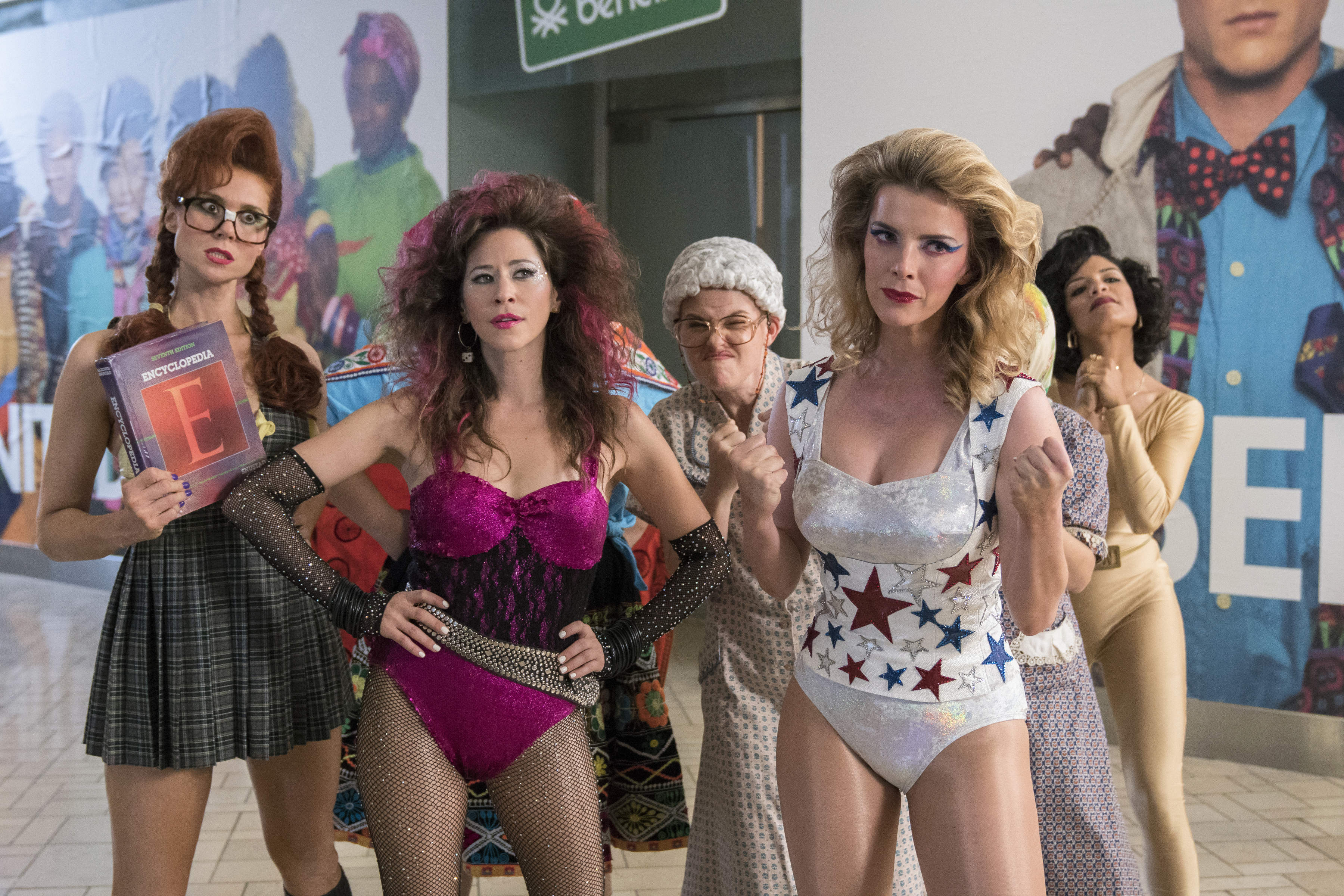 Everyone’s favorite amateur baking show is back with an all-new season of epic failures and a star-studded cast of culinary guests.

One of Spain’s best talent agents in the ’90s, Paquita now finds herself searching desperately for new stars after suddenly losing her biggest client.

When a teen girl disappears from a village near the Ardennes Forest, local police and a concerned teacher begin to uncover a web of unsettling secrets.

Michelle Wolf pokes fun at everything and everyone on her weekly show. Wolf has worked on “The Daily Show” and “Late Night with Seth Meyers.”

Tackling different mysteries in each episode of this game show, seven sleuths get closer to solving the biggest one of all: What happened to Project D?

When an archenemy reveals information about Bob Lee’s father, the veteran sniper is drawn into a conspiracy that strikes too close to home.

High school senior Alex Truelove is on a mission to lose his virginity, much to the excitement of his patient girlfriend and rowdy friends.

After telling a white lie that spins out of control, the son of an Iraqi-born cleric in Melbourne becomes torn between family duty and his own heart.

Two overworked and underpaid assistants concoct a plan to get their insufferable bosses off their backs by setting them up with each other.

A 35-year absence. A 10-day reunion. One agonizing request. Some wounds need more than time to heal.

From strained marriages to sexual hiccups: four stories of love, lust, sex and desires — some illicit, some unrequited.

Struck by a mysterious, mentally devastating illness, a young reporter searches for answers while battling psychosis, catatonia and memory loss.

They chased their dreams. Now they finally have everything they’ve ever wanted — except for each other.

Just as Simone works up the courage to tell her conservative Jewish family she’s a lesbian, she finds herself attracted to a male Senegalese chef.

Kidnapped by an inventor who uses her as a test subject to perfect his robotic AI, a street-smart young woman tries to escape her high-tech prison.

Mexican stand-up comedian Franco Escamilla draws his jokes from real-life experiences — and he’s willing to do anything for new material.

Activist and comedian W. Kamau Bell muses on parenting in the Trump era, “free speech” dustups, woke children’s TV and his fear of going off the grid.

Radio broadcaster, actress and comedian Jani Dueñas brings her acid sense of humor to this stand-up special as she riffs on life’s little annoyances.

This documentary series offers a revealing inside look at the high-profile murder case of author Michael Peterson, accused of killing his wife in 2001.

In the heart of America’s opioid epidemic, four men attempt to reinvent their lives and mend broken relationships after years of drug abuse.

What happened to the snowman? Where did all the caterpillars go? A brother and sister bear detective team solves all their neighborhood’s mysteries.

Three teens join forces to find a way home after waking up in a bizarre world filled with mysterious portals, odd characters and vicious beasts.

As the lines between darkness and light continue to blur, shocking revelations and power struggles send Voltron hurtling toward another epic showdown.

Robots, body swaps — and a tricky troll? There’s no stopping this good-hearted guardian when her friends need help

Welcome back to a wonderful world full of friendship, adventure and magical wishes that make big dreams come true!

Join three fierce best friends for a whirlwind of fun and adventure in this animated series set in a special place ruled by kids.

Hakuno Kishinami finds himself in the midst of a Holy Grail war with no memories of how he got there. Through his confusion, he must fight to survive.