5G will create the biggest future cybersecurity threat according to Rik Ferguson, vice president of security research at Trend Micro.

The next generation of cellular technology is expected to revolutionise the way we communicate, with its increased bandwidth and lower latency expected to facilitate emerging technologies such as autonomous vehicles.

“5G is really the first time that you’re going to see the next industrial revolution that results directly from a new communications infrastructure,” said Ferguson, speaking at Cyber Security Nordic, an information security conference in Helsinki, Finland.

But for all the benefits it has been touted to bring, the proliferation of connected devices will cause headaches among security professionals in the “not too distant future”, he warned.

While autonomous digital weapons and deepfakes are “emotionally frightening”, these problems are much further down the line and will be at a much smaller scale compared to the threats that will arise in a hyperconnected 5G world, he said.

IPv6: Running out of room?

5G will follow the same principle, said Ferguson – but on steroids. More connected devices also demands more internet protocol (IP) addresses – the framework that devices use to find and connect to each other online.

The current standard, IPv6, was introduced in 1998 after IPv4’s 4 billion addresses started to run out. By contrast, IPv6 offers a mind-boggling 340 undecillion addresses.

“If you want to be able to visualise that, with IPv6, there are enough root level addresses to be able to give an address to every atom on the surface of the planet, and still have enough left for two or three more planets,” explained Ferguson.

While it may seem impossible to have enough space on the planet to have more internet-connected devices than there are atoms in several planets, Ferguson pointed out that digital services and entities in the future will need addresses.

These will take up no physical space, but gradually eat into the available IP addresses under IPv6.

“I’d say it’s a racing certainty, and we’ll be faced with the same problem again in the future,” said Ferguson.

So, what’s the security risk?

As has been demonstrated by the slow adoption of IPv6, running it alongside IPv4 in a misconfigured manner could nullify the security of each protocol. If a new protocol is needed, slow adoption could

IPv6 also offered security benefits, such as end-to-end encryption, over the previous standard.

However, the threat landscape does not remain still. Malware has emerged that targets IPv6, and cybercriminals will likely adapt in the event of new protocols.

The answers to this challenge are not yet clear, but one that will have to be tackled if 5G continues to breed more connected devices. 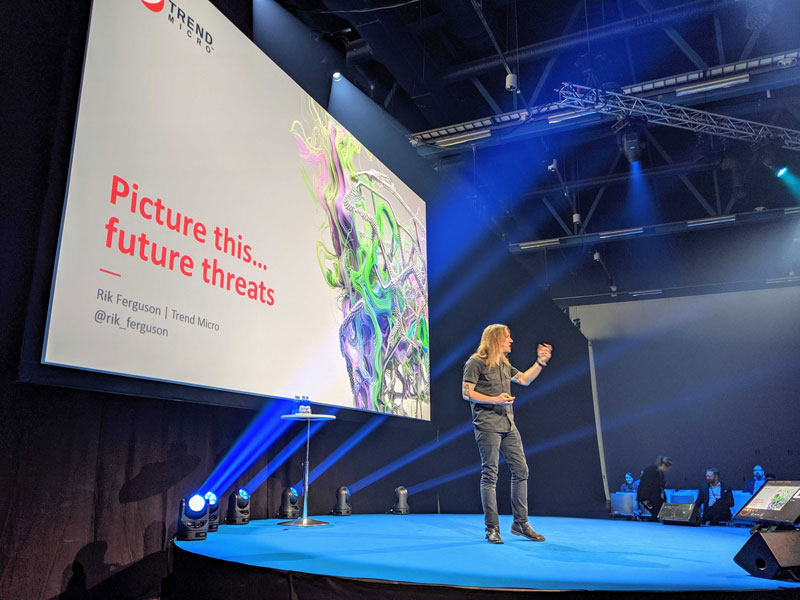 Cybersecurity professionals already face a tough challenge of maintaining oversight over all the devices on their network. That problem will get exponentially more difficult in a 5G world.

“You have to work out a way to get visibility of all of that stuff. And to make that stuff manageable when it probably wasn’t designed to be manageable in the first place. You can’t go and install an agent on all of those things,” says Ferguson.

“Because there’s no way to install it, you might be looking at a bunch of legacy technology that you have to be able to manage and have oversight and enforce policy. And all of that will be increasing in volume exponentially as more things become connected in this 5G enabled world.”

Ferguson gives the example of connected streetlamps, which are already being used today (such as in Hong Kong, where protestors recently cut one down and destroyed the facial recognition hardware).

“Imagine your role as a network admin or security admin at some point in the very near future. And one of the things that is now part of your network are all of the streetlights. This is a whole new different thing that you’ve got to learn to deal with,” says Ferguson.

“Your threat model might say, okay, all of these streetlights have an IP address… So What does that mean? That means I’ve got 100,000 streetlamps in the city. That’s 100,000 IP addresses that I need to work out how to stop them being used and misused by somebody else in a distributed denial of service attack (DDoS).”

But even if firewalls are put in place to prevent a DDoS attack, security admins will have to adapt to prevent the SIM cards in in the streetlights being hijacked to call 100,000 premium numbers.

“So if your threat model is stuck in the IP agent is still worrying about the things that apply to your other IP based devices, you need to take into account all of the other architectural changes that underlie this,” said Ferguson.

Ferguson doesn’t claim to have the answers to these looming 5G security problems. But his advice is that we will need security that can quickly adapt to “rapidly changing environments” and have correct policies and procedures in place to mitigate against new models with increasing machine to machine communications.

Read more: 5G dangers: “New networks will bring with them a host of new security concerns”