ABN has reported over 10% on annual return on equity since its partial re-privatization in 2015, but the rebound post-crisis is expected to reach 8% at best by 2024. The cost-cutting plan is supposed to ease the pressure that negative interest rates has put on the bank profitability.

In an effort to optimize the resources of the bank in the face of a tough financial outlook, ABN has decided to scrap those divisions where it had to engage in high-risk operations to compensate for the lack of size.

Indeed, the Dutch bank announced in August the shut of non-core operations over the next four years, which already affected 800 jobs. This restructuration of the division is estimated to worth around 35% of the unit’s assets and 10% of the overall bank.

This move will certainly help the company to enhance its profitability, as this division was a significant negative influence in the bank balance sheet in the most recent results reported. In fact, the corporate and investment division recorded a decline of 15% in YoY revenue in Q2, which translated into EUR5m in net loss. 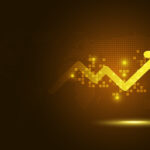 Business
How cheap, fast data can give you an edge in fintech 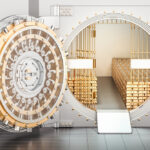 Business
“We're still very much at the early offset”: Can Open Banking fulfill its potential in 2020?

Additionally, the Dutch were among the several European large banks that have exited the trade commodities. The ever-thinning profit margins, together with recent scandals in the sector have driven away some important financial entities, like the aforementioned ABN and BNP.

Staff cut will be part of the plan devoted to cut EUR700m in costs by 2024, although reduction of the workforce won’t take place until 2022 affecting 2,500 jobs, a 15% of the total staff over the next years. Job losses will be attributed to branch closures, digitization and size slashing of its investment bank.

Additionally, the Dutch state bank will begin to charge 0.5% percent interest on deposits over EUR500,000. This marks a slight change in direction, since the bank has declined to extend negative rates to retail customers until now. Also, it has claimed to be open to M&A operations that would help increase and sustain growth in the short-term.

Given the current situation regarding interest rates in the Eurozone, this type of strategy may become predominant among mid-level banks all around the old continent. However, the sector is still pending on the European Commission aid to help with bad loans that resulted from the pandemic crisis.