20 cars rip around the track, filling your ears with a deafening roar and your nose with the smell of burning rubber. For Formula One fans, it’s an experience that television cameras simply cannot capture in its full glory.

That experience will be heightened in Abu Dhabi, as the 2017 Formula One season draws to a close. With the championships won, the Abu Dhabi Grand Prix will serve as one big celebration later this month.

The Abu Dhabi Grand Prix is raced on the Yas Marina Circuit. The circuit cost $1.32bn to construct, making it the most expensive race track in the sport’s history. It now stands as a symbol of the United Arab Emirates’ grandeur, putting a luxury twist on oil spills and tyre changes. 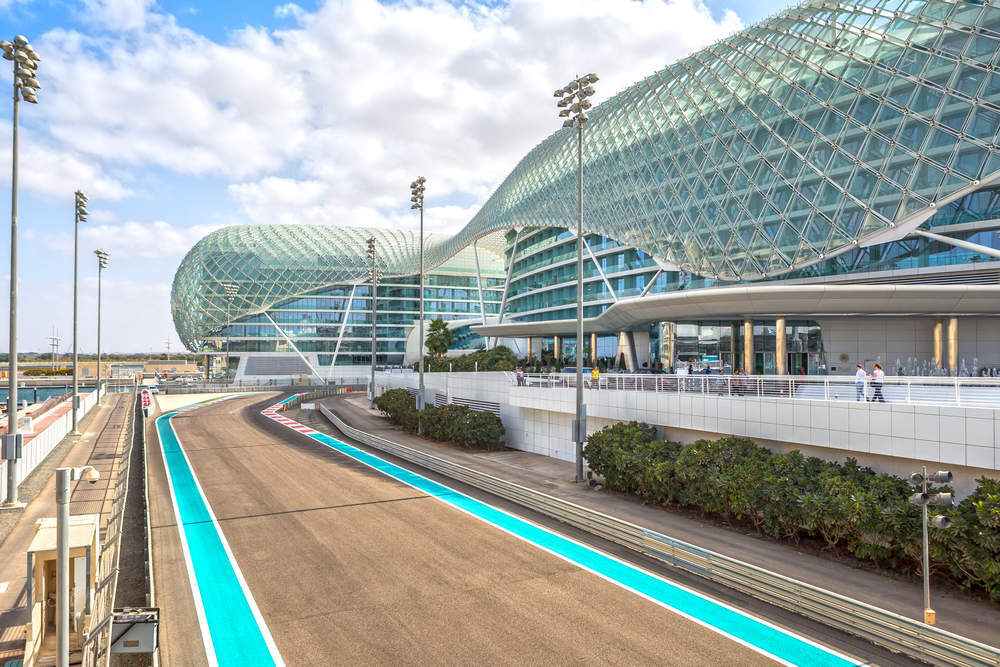 As the season finale, the Abu Dhabi Grand Prix provides an electric race day experience, no matter where in the grandstands you’re watching from. However, knowing where to sit, where to stay and what to do will take your F1 weekend to the next gear.

Situated in the middle of the 1.2km straight between turns seven and eight, drivers zoom past the Trackside Terrace at speeds of over 190 mph, providing an exhilarating rush as the wind hits your face. Located just metres away from the track, this spot allows race fans to get up close to the action. However, while the best moments will be experienced as the cars race towards the West Grandstand, a seventh floor terrace provides an excellent view of the entire circuit, so you won’t miss a moment of action.

Following 55 laps around Yas Marina, the 2017 Formula One season will draw to a close as the competing drivers race across the finish line. The Al Dhiyafa Main Yas Suites will provide the best view as the Abu Dhabi Grand Prix finishing flag is waved and the champagne is popped as the winners’ take to the podium. Enjoy the action from your air-conditioned suite, or take your seat in the Main Grandstand to watch the cars below as they accelerate out of the pit.

If action takes precedence over comfort, the Abu Dhabi Grand Prix’s best moments are often found in the West Grandstand. Coming out of the track’s longest straight, turn eight provides drivers with the best opportunities to perform overtakes as they swap sheer speed for technical precision going around the bend. Surrounded by a crowd of F1 fanatics, sometimes the cheaper seats provide the best experience.

The view from the West Grandstand.

While an unofficial rating, Abu Dhabi’s Emirates Palace is one of few hotels described as a seven star establishment. Located on the other side of Abu Dhabi, just a short walk from the Corniche Beach, travelling to and from Yas Marina Circuit will require a 30 minute trip. However, this Kempinski hotel offers the pinnacle of luxury and provides the perfect place to rest up following a day of racing. Relax in the in the spa, in the pool or in your suite, as your personal butler waits on hand and foot to see to your every need.

This is the place to stay if you want to live and breathe Formula One throughout your entire stay in Abu Dhabi. The Yas Viceroy Hotel hovers over the Yas Marina Circuit between turn 18 and 19, offering an unrivalled view of the track as Lewis Hamilton and company fly towards the finish line. For the best experience, book a Deluxe Suite with a north, south or west facing balcony. This will provide a view of the circuit, so you can watch the action unfold from the comfort of your bed.

Take your sports-filled stay to the next level at the Westin Abu Dhabi, the home of the PGA European Tour’s Abu Dhabi Golf Championship. Located just a short drive away, at the other end of the Al Raha Creek, you will be able to squeeze in a round of golf on the resort’s 27-hole course between practice races. Alternatively, the Heavenly Spa will help you to relax following a day of adrenaline-producing action.

Food trucks will be on hand to fuel F1 fans on race day. However, if street food doesn’t cut it, you won’t be too far from Indian restaurant Angar. Located within the Yas Viceroy Hotel, Angar provides arguable the finest fine dining experience in the city by putting a modern twist on traditional Indian dishes. The restaurant regularly receives glowing reviews from its well-fed customers who praise its classic range of dishes, such as the butter chicken and lamb vindaloo. Alternatively, if Indian isn’t to your taste, the hotel also houses Italian restaurant Amici, Arabian restaurant Atayeb, Japanese restaurant Kazu and the Origins buffet, with many spots offering outdoor seating with a view of the track.

Emirates Palace has combined traditional Arabian cuisine with the luxurious nature of modern day Gulf. If you want to eat like a local, camel meat is a good dish to start with. The tender meat is a delicacy in the United Arab Emirates and is often eaten to mark special occasions. It can be hard to find camel dishes on the menu in restaurants. However, Le Café Lobby Lounge is serving up camel in burger form, topped with a sprinkle of 24 carat gold. Wash it down with the restaurant’s signature drink, a camel milk-infused Cappuccino. The setting isn’t anything spectacular, located in the Emirates Palace lobby, but the Le Café makes up for its shortcomings with a quirky menu that you will struggle to find elsewhere in the world.

The Michelin Guide doesn’t yet cover the Middle East. Therefore, it is impossible to dine at a Michelin starred restaurant during your stay. However, that isn’t to say that there are no Michelin-worthy restaurants. If you’re looking for dishes of the highest quality, head to celebrity chef Marco Pierre White’s Steakhouse & Grill. Diners shouldn’t expect a unique culinary experience – this restaurant is much the same as the Marco Pierre White eateries that you will find elsewhere – but you are guaranteed a flavoursome meal topped with exquisite service. If you’re feeling homesick, this restaurant is the perfect place to find the tastes of home, with dishes including French oysters, Scottish salmon and Alaskan crab soup. 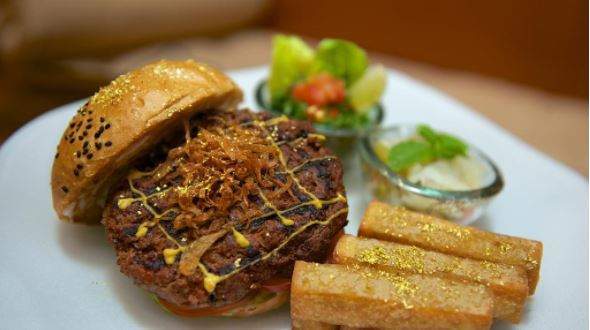 Following the success of last year, Yas Links will play host to the Amber Lounge after-party once again this year. These exclusive events have been following the Formula One schedule for over a decade, offering drivers, sponsors and celebrities a place to unwind away from the prying eyes and flashing cameras of the press. With the F1 season drawing to a close, celebrations are likely to continue into the early hours at Amber Lounge Abu Dhabi. Headlined by award-winning artist Ella Eyre, with a host of top artists and DJs lined-up, celebrate Lewis Hamilton’s fourth world title with the man himself.

If you want to continue your F1 experience after the race comes to an end, head to the Skylite Rooftop Lounge for a cocktail inspired by the sport’s iconic circuits. Try the Sochi Autodrom Soviet Mule, which combines Smirnoff vodka with beetroot ginger beer, lime and mint, or the Circuit of the Americas Andretti Old Fashioned, containing Bourbon whiskey, maple syrup and cinnamon bitters. The Skylite Rooftop Lounge provides the perfect setting to sit back and relax after a long day in the stands, with ambient lighting and a view of the stars.

Dedicated sports fans should head to the award-winning Blu Sky Lounge between races. Blu Sky Lounge maintains that air of luxury that Abu Dhabi embodies. However, offers a far more relaxed vibe than other establishments, with happy hours and pub quizzes on the menu. High definition screens line the bar and a state-of-the-art sound system remains switched on until the early hours. Whether you’re passionate about kicking ball or swinging club, you won’t miss a minute of sporting action at Blu Sky.