The racing flags will wave one final time as the Abu Dhabi Grand Prix 2017 brings an end to the Formula One season this weekend.

Abu Dhabi’s controversial double points rule was scrapped back in 2015. That means that there is very little left for teams to fight for here.

The championship titles have already been won and the lavish after-parties are undoubtedly already in the back of many drivers’ minds.

The Yas Marina Circuit serves as the perfect setting for a nice, easy finish to a long F1 season. The track offers few challenges and does little to inspire its racers with so little left to play for. Yet, the Abu Dhabi Grand Prix is less about racing and more about celebrating. In that regard, it does its job perfectly.

Mercedes’ Lewis Hamilton wasted no time last month, as he jetted out to Miami to celebrate following his title victory at the Mexican Grand Prix. The famed Amber Lounge F1 Experience, held at the luxury Yas Links Golf Club, will be his most likely destination once he races across the finish line on Sunday.

For those lucky enough to score a spot on a yacht moored in the marina, the fun has already begun. Parties tend to rage on onboard Yas Marina’s vessels throughout the weekend. By the time the cars race around the portion of the circuit that wraps around the harbour on Sunday, the celebrations of the rich and famous will already be in full swing. 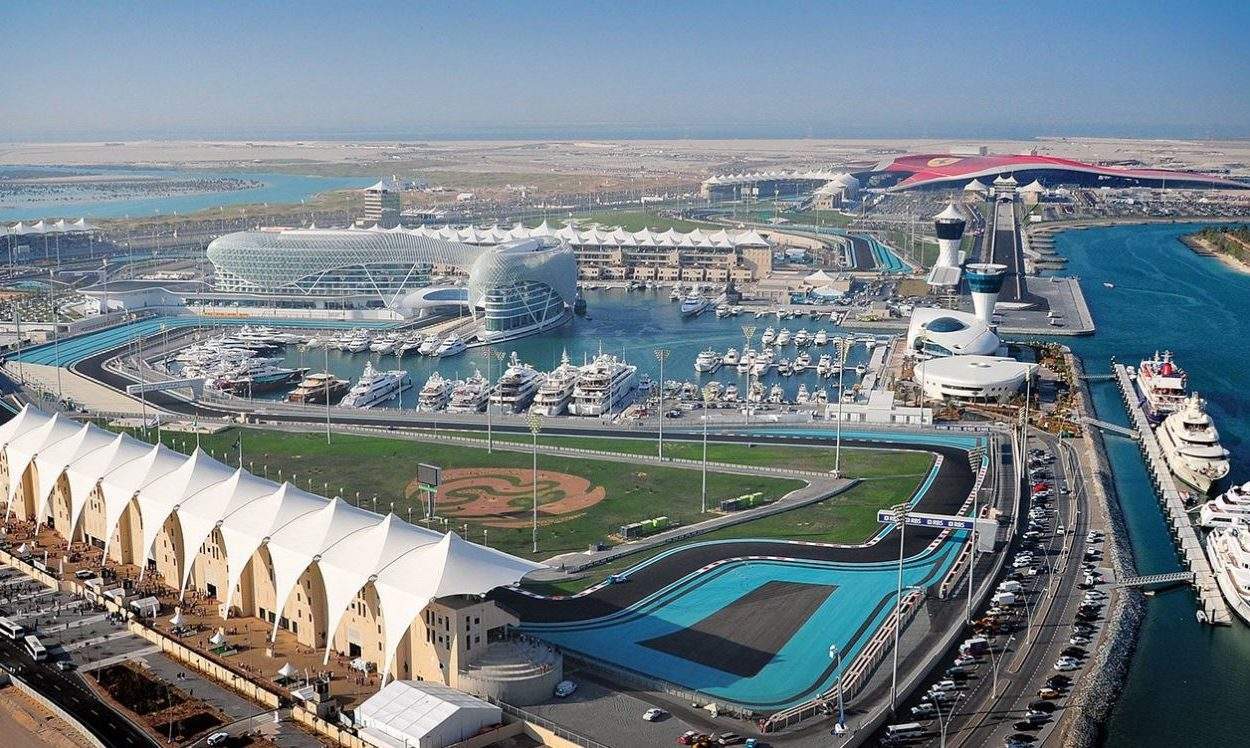 It doesn’t have the Brazilian Grand Prix’s dramatic weather, or Singapore’s challenging corners.

However, as the final race in the calendar, Abu Dhabi provides an F1 experience that few other races offer.

If you’re in Abu Dhabi this weekend and want to know how to make the most of your stay, check out Abu Dhabi Grand Prix 2017 attendee guide. Alternatively, here’s everything else you need to know ahead of the F1nale:

Abu Dhabi Grand Prix schedule: When will the race get underway?

The Abu Dhabi Grand Prix race will be held on Sunday, 26 November, getting underway at 1pm London time.

A number of practice and qualifying runs will be held prior to the main event, as well as concerts and entertainment for attending fans.

The final F1 experience of the season officially got underway today (Friday, 24 November). The drivers took to the track for the first practice run at 9am London time. Sebastian Vettel has set the pace, closely followed by Hamilton and Red Bull’s Max Verstappen.

A second practice session will be held today, starting at 1pm, ahead of a final practice run on Saturday, 25 November, which will get underway at 10am.

The qualifying race will take place later that day starting at 1pm. Where they place will determine where on the grid each driver starts in the main race on Sunday.

As well as the race action, the Abu Dhabi organisers have also lined up plenty of musical talent to wow the crowds at Yas Marina.

British DJ Calvin Harris opened the event yesterday evening and there is still plenty to come from the likes of J Cole, Mumford and Sons and Pink. A different act will be taking to the stage each evening at the Du Arena, just a short walk from the circuit. F1 ticket holders will be granted free entry to these events. 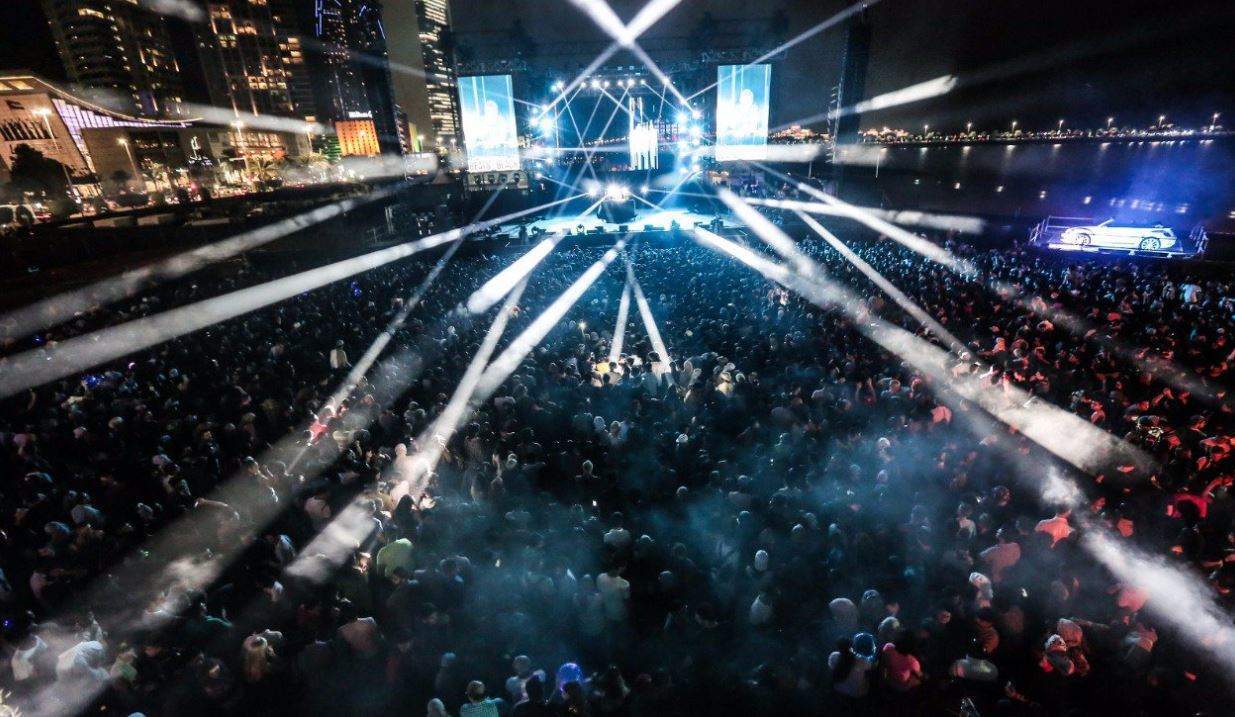 Likewise, while not part of the official After-Race Concerts, the likes of Tiesto, Martin Garrix, Ella Eyre, Iggy Azalea, Tinie Tempah and Wiz Khalifa will also be putting on shows in the city over the weekend.

Abu Dhabi Grand Prix circuit: where is the race held?

The Abu Dhabi Grand Prix 2017 is once again being held at the Yas Marina Circuit, just a short drive from Abu Dhabi’s centre.  The track has played host to the race since it debuted on the F1 calendar back in 2009.

Despite being the most expensive track in F1 history, Yas Marina doesn’t offer anything particularly unique or challenging. A long straight followed by a tight corner at turn eight has proved hazardous in the past, but race fans shouldn’t expect many thrills. 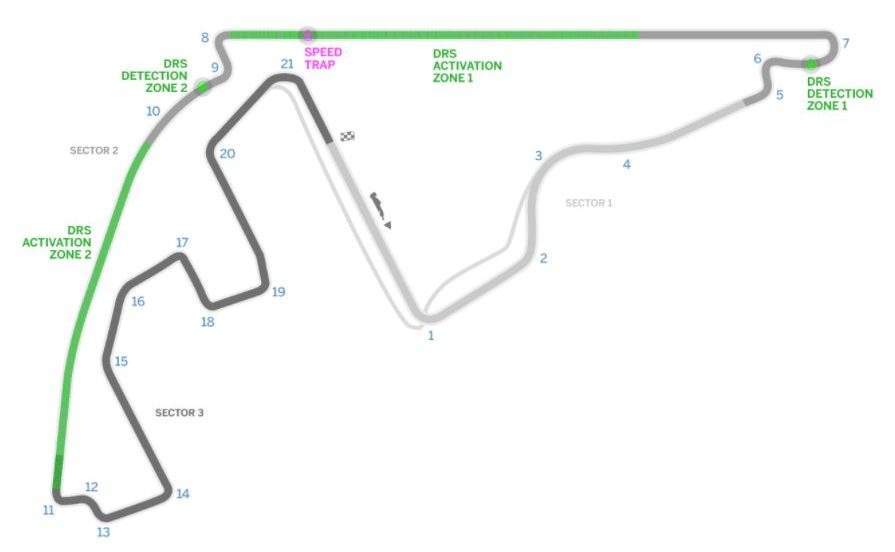 Hamilton has vowed to end his fourth title-winning season in style. He hopes to claim one last victory this season in the United Arab Emirates. Bookmakers believe that to be highly likely. As a result, the Mercedes star is favourite to win his 12th race of the campaign.

Vettel, who finished third on this track last year, is second favourite this year. Valtteri Bottas, Max Verstappen and Daniel Ricciardo make up the top three.

With race day fast approaching, general admission and grandstand tickets are sold out. However, there are still a few suite packages available to purchase via the Yas Marina Circuit website. Prices start at 4,420 AED (approximately $1,200).

Alternatively, there are still regular tickets available from reseller websites, such as Viagogo, at a premium. However, purchasing from such websites comes with an element of risk and isn’t recommended.

If you’re unable to fly out to Abu Dhabi, the race will be broadcast on television around the world.

Those in the United Kingdom can catch the action on Sky Sports F1 if they are subscribed to the service. The channel will be showing all three practice runs, as well as the qualifying and main races. Sunday’s coverage will begin at midday starting with the Track Parade ahead of the race.

Likewise, Fox will be broadcasting the Abu Dhabi Grand Prix 2017 in the United States via NBC Sports. Coverage of the main event will begin at 8am Eastern.