Despite attracting more investment in 2018 than any other emerging technology, artificial intelligence (AI) startups are seeing fewer AI investors each than any other segment.

This is according to research by GlobalData, which found that more than 1,900 investors funded AI companies in 2018, over 1,000 more than any other technology.

However, the average number of investors per company was just 1.9, compared to 2.1 for connected devices and blockchain, 2.2 for robotics, 2.3 for security and 2.4 for payments.

This meant that in 2018 AI had the lowest investors-to-idea ratio, which is the number of venture capital investors divided by the number of funded companies. 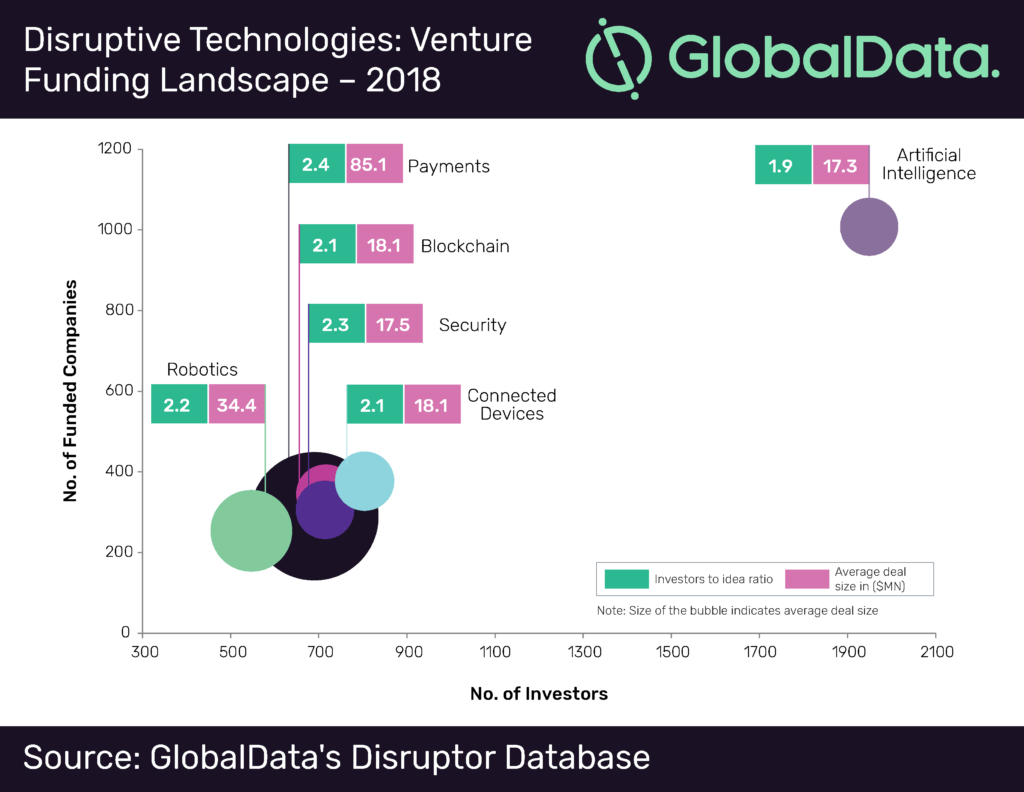 AI investors rule in number, but not in spend

The number of AI investors dramatically outstripped other emerging technologies – being roughly equivalent to security, blockchain and robotics combined.

However, the amount spent per investment was lower than any of the other emerging technology fields, at $17.3m.

This indicates that while AI investors spent one of the highest totals in emerging technologies, the market is characterised by large numbers of investments in smaller, earlier stage companies compared to fields such as payments.

This in part reflects both the level of maturity of the AI field, but also the level of hype surrounding the technology in 2018.

However, GlobalData anticipates that investment will continue to grow in the coming years, suggesting that the AI hype is far from over.

“These technologies will play a central role in the companies’ future strategies, with early adopters likely to emerge as winners.”