It will soon be possible to order a Domino’s pizza via Amazon’s voice-controlled AI assistant Echo, the UK master franchisee has revealed along with its half-year results.

While it has reported a slowdown in like-for-like sales Domino’s is hoping gimmicks like a new chocolate dessert pizza and Echo and Google Home ordering will reverse the trend.

Investors aren’t so thrilled by the idea though, with shares ditching some six percent in early trading in London. 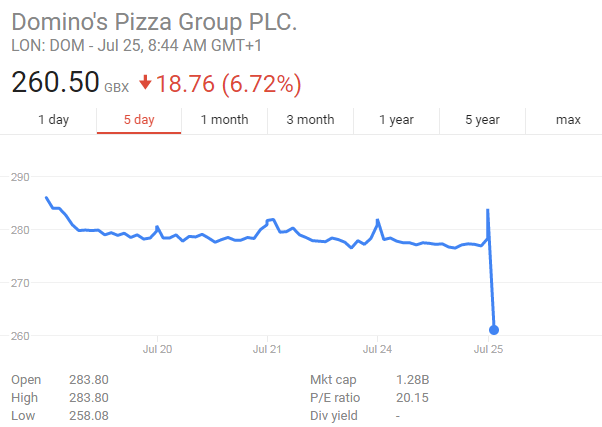 The first half of 2017 has been another period of good progress for Domino’s Pizza Group, despite a more uncertain UK economic environment. The core business delivered strong year-on-year system sales, continuing to take pizza market share, with good like-for-like performance. DPG continues to lead the pizza market, with innovations such as the popular Lotta-Chocca pizza and our launch today of Amazon Echo voice ordering. Following a successful trial, we’ll be rolling out GPS, which will enable customers to track their delivery and help franchisees with labour management. This autumn, we’ll invest around £4m to improve customer value, supported by a bold new advertising campaign.