AntBot, a new walking robot, uses the same navigation techniques as ants to travel several hundreds of metres and return without getting lost.

Designed by Aix-Marseille University, among others, it has an optical compass to work out the heading by using polarised light from the sky. An optical movement sensor directed toward the sun measures the distance it has covered.

The robot will return to base with a precision of 1cm for 14m travelled, and has six feet for better mobility in complex environments where wheeled robots and drones cannot operate as well.

It could be used in disaster areas, rugged terrains and in space exploration missions to cover extra-terrestrial soils.

While human eyes cannot sense polarised light and ultraviolet radiation, ants use it to locate themselves in the desert, which was the inspiration behind the optical compass in AntBot.

Cataglyphis ants travel hundreds of metres under the desert sun to find food and return to the nest.

They cannot use pheromones to scent their path like other animals because of the high temperatures.

Using the polarised light from the sky to orient themselves, the ants also count their steps and then measure the rate of their movement relative to the sun. 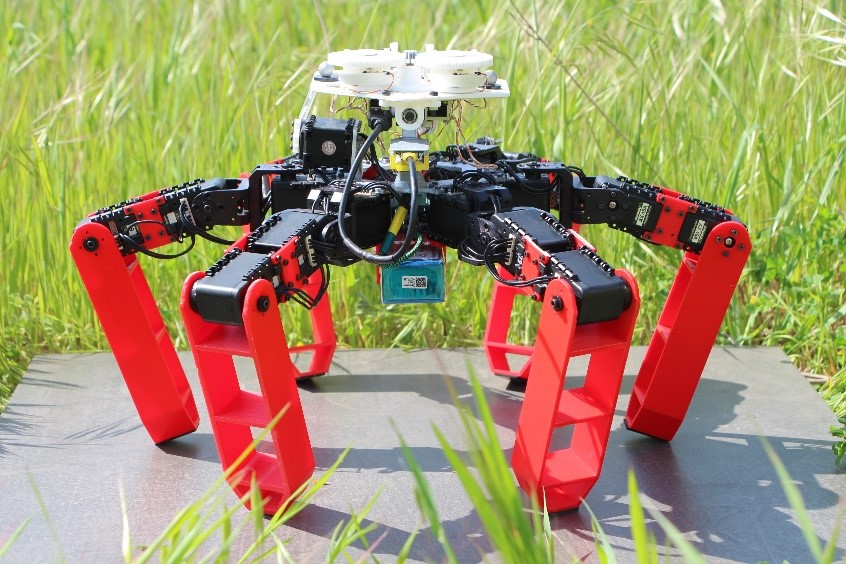 The optical compass in AntBot

The optical compass in AntBot is made up of two pixels topped by two polarised turning filters and is equivalent to an optical sensor of two rows of over 350 pixels.

Using biomimetics, the filters turn mechanically, which has reduced the sensors’ production cost from €78,000 to a few hundred.

AntBot can measure its heading with 0.4 degrees precision in clear or cloudy weather.

The next step will be developing the robot to work at night and over long distances, but it also has possible applications in aerial robotics and the automobile industry.

Robots are increasingly being designed to be more human-like, with two chatbot robots showing signs of falling in love with each other over talk about humanity’s demise.

People are still wary of forming friendships with robots, with two-thirds of British adults saying they would probably not be friends with a robot in the future, according to YouGov.

Meanwhile, robo-dogs, robotic delivery dogs that will need to be nimble on four legs to manoeuvre urban obstacles are being developed by automotive manufacturing firm Continental AG.