Some technologists believe that physical wallets will be the next victim of the smartphone revolution, joining a graveyard that includes phone booths, pocket cameras, and iPods.

But they need to start convincing consumers, the majority of whom stubbornly refuse to make digital payments.

Since March 2015, the percentage of people who say they would be uncomfortable using their smartphones to pay, whether through a retailer, bank or third-party app, has remained steady at around 58 percent. 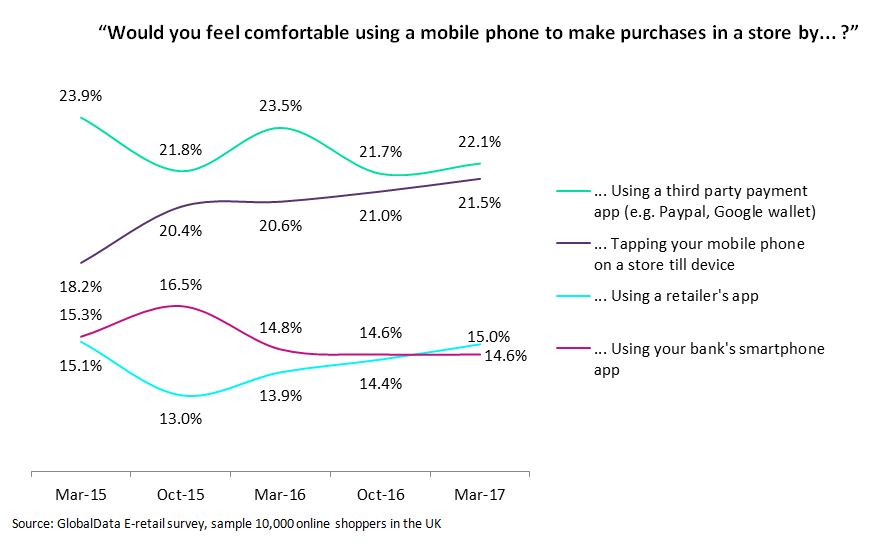 Use of third-party payment apps is the most popular method of using a smartphone to pay in store, but they have failed to build acceptance, as have retailer and bank apps.

Only NFC-style tapping of mobile phones on store till devices has made any improvement in consumer approval, likely a result of the widespread adoption of contactless cards familiarising shoppers with the idea of tapping to pay, and the marketing of Android Pay and Apple Pay.

However, even here, progress is disappointingly slow. 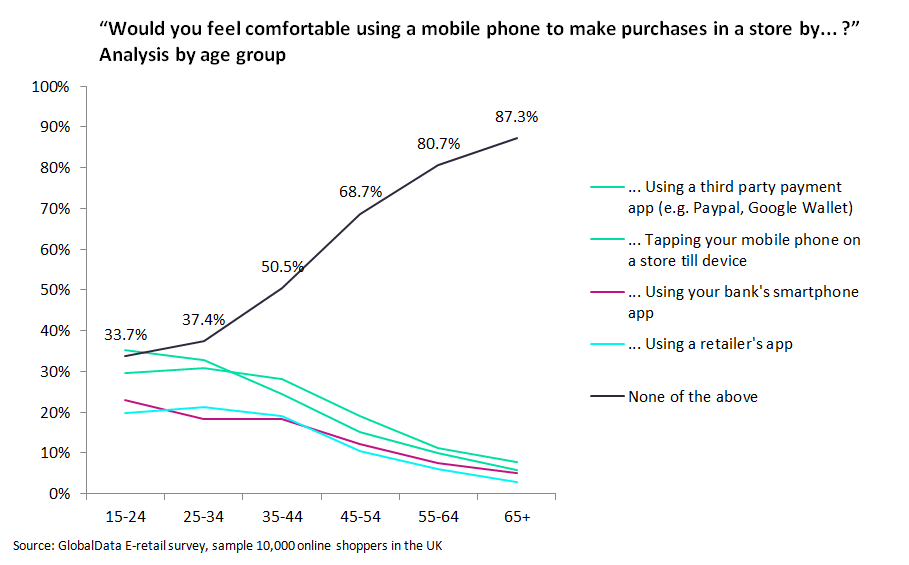 While it is to be expected that older consumers would be less likely to adopt digital payments, the dramatic gulf between those under 35 and the rest shows that winning widespread adoption may take generations.

For those retailers that are focused on a younger demographic and are considering rolling out digital payment functionality in store, it is clearly best to focus on London first.

In the meantime, leather accessory makers need not worry too much for now. 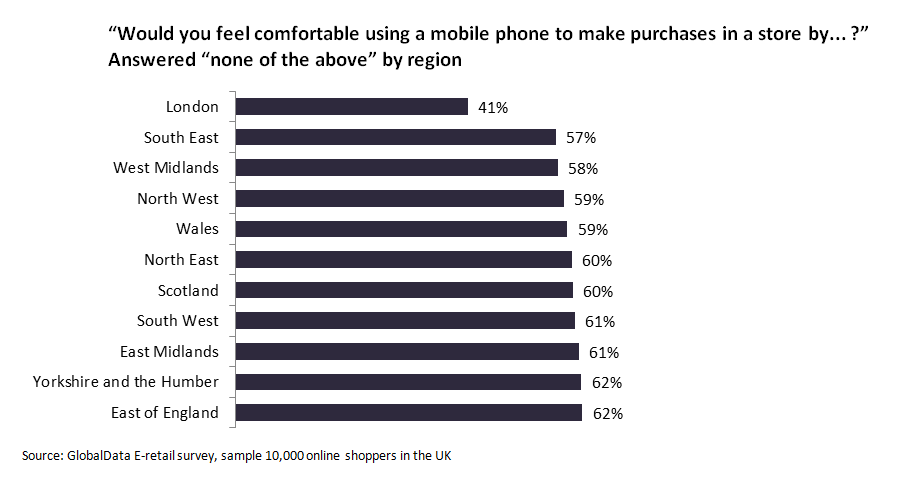