BlackBerry has reported its financial results for the second quarter with total company revenue of $210m and generally accepted accounting principles operating income (profit) of $39m.

The total revenue generated from software and services was $193m.

Its software and services revenue “grew double digits from the prior year period”, said a statement from BlackBerry. There was “record high quarterly revenue for BlackBerry Technology Solutions, driven by growth in the automotive vertical”.

BlackBerry’s earnings have fallen greatly since the company peaked between 2010 and 2013 due to the popularity of its smartphone devices. However, it has since re-positioned itself as a software company to halt falling revenue. 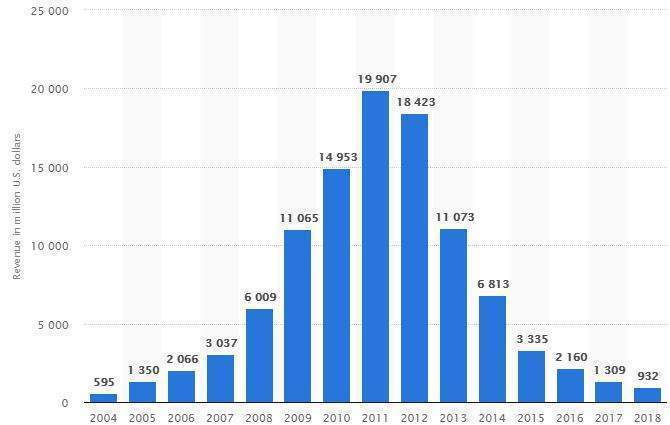 BlackBerry used to make smartphones that were especially popular among business bosses and governmental elites.

Its mobile device lost popularity with the release of Apple’s iPhone in 2007.

BlackBerry announced it would exit the handset business in September 2016 and in December 2016 launched its software platform BlackBerry Secure.

The Canadian company agreed on licensing terms with TCL Communications so that TCL could design, manufacture, sell and give customer support for the BlackBerry-branded mobile devices still available now.

BlackBerry now calls itself “an enterprise software and services company focused on securing and managing Internet of Things endpoints.”

In a statement, it said:

“The company does this with BlackBerry Secure, an end-to-end Enterprise of Things platform, comprised of its enterprise communication and collaboration software and safety-certified embedded solutions.”

“In the quarter, we exceeded our financial expectations driven by sequential growth in both our BlackBerry Technology Solutions and Enterprise Software and Services businesses,” said John Chen, executive chairman and CEO of BlackBerry.

“I am very encouraged by BlackBerry’s leadership opportunities in the fast-growing Enterprise of Things, and by our strategy to capitalise on these significant future opportunities with BlackBerry Spark, our platform to securely communicate and collaborate between smart endpoints.”

In its move from hardware to software, BlackBerry developed a new Internet of Things (or what BlackBerry describe as an “Enterprise of Things”) platform, BlackBerry Spark, which it says provides ultra-secure hyper-connectivity.

BlackBerry Spark was announced at the BlackBerry Security Summit in London in September 2018.