Wages rose faster than inflation in the UK for the first quarter of 2018, the first time they have done so in more than a year.

Figures released today by the Office for National Statistics (ONS) showed that basic pay (excluding bonuses) rose at 2.9% in the three months to March. Inflation over the same period fell to 2.5%, as measured by the consumer price index.

This means that real basic pay, adjusted for inflation, is now growing at around 0.4%. This is the fastest rate of growth seen since 2015. However, real total pay (including bonuses) was unchanged from last year. 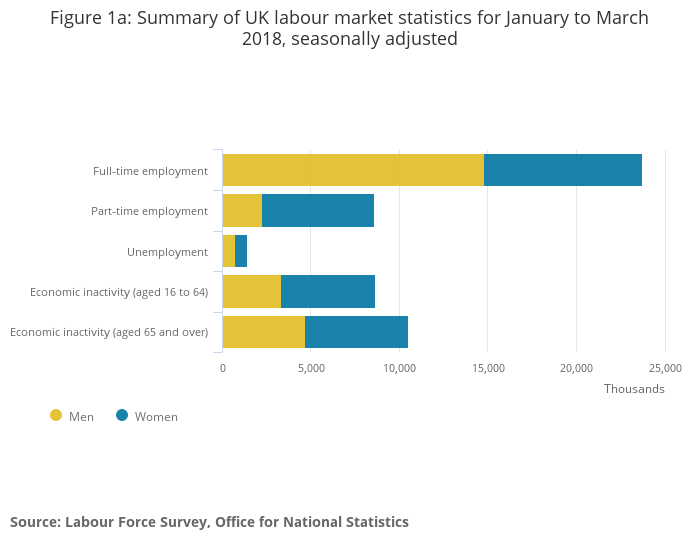 The proportion of people aged 16-64 who are neither working, nor looking for work (the rate of economic inactivity) fell to 21%, also the lowest since records began. 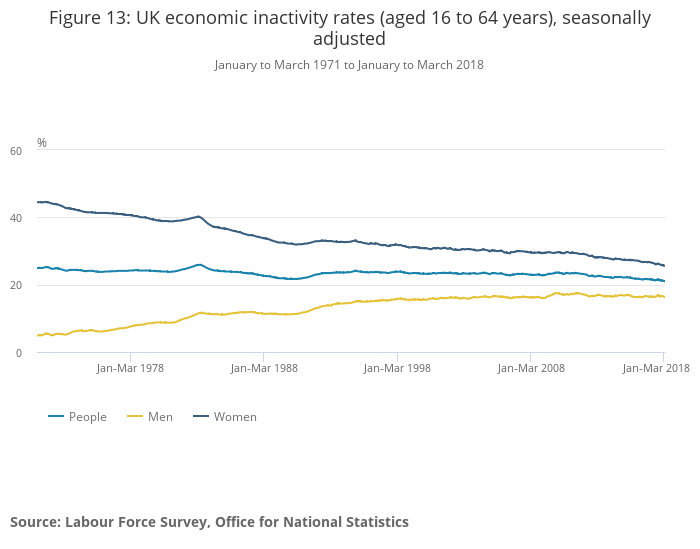 The great British job-creating machine kicked back into life in the first quarter of 2018, taking the employment rate to a new record high…

…All of this good news stands in marked contrast to the subdued GDP growth of just 0.1% estimated for the first quarter. This estimate could be revised up later, but, taken at face value, it suggests that productivity growth turned significantly negative again after a couple of quarters when it seemed to be perking up.

ONS results also showed that UK productivity is falling. Companies created more jobs in the last quarter, meaning that hours worked in the economy rose by 0.6%. However, the growth rate fell to 0.1% in the same period, meaning that the country was less productive as a whole.

Workers will be celebrating two straight months of real gains in regular pay and if inflation continues to fall and the jobs keep on being created – the average person’s paypacket could continue to expand.

A word of caution though. The latest figures show productivity is falling and it bears repeating that the UK’s economic growth has painted a worrying picture. These employment figures are out of sync with the wider picture and something will have to give in the not too distant future.

Pay rises alone cannot deliver lasting benefit to Britain’s economy; the holy grail remains productivity. And improving that remains as elusive as ever.

Matthew Percival, head of employment at the Confederation of British Industry, took a similar line, saying:

Working in partnership to deliver the industrial strategy, businesses and government can improve productivity by improving routes to new skills and jobs. And reforming delivery of the apprenticeship levy and increasing the adoption of proven technologies will be critical to sustained success