After a bumper July, Netflix seems to be cooling things down in August.

That’s not necessarily to say that the content coming to Netflix in August 2018 is any weaker than July’s additions, there’s just less of it. August’s list of content does seem slightly shorter than previous months, but quality beats quantity in our book. It’s not like anyone has the time to watch all of the new releases every month anyway.

In terms of acquired television content, the list is, once again, sparse. Series three and four of Blackadder are on the way, as well as season five of Power and the delightful fourth season of Gotham.

Fans of RuPaul’s Drag Race will be pleased to know that breakout star Bianca Del Rio will be returning for her second film, Hurricane Bianca: From Russia With Hate too.

Over on the original content side of things, the focus will be on Disenchantment, a new fantasy-themed animated series from the creator of The Simpsons, Matt Groening.

Netflix is also the UK distributor of the hilarious Great News, produced by Tina Fey, which is about a young journalist whose mother becomes an intern at her workplace. Great News was cancelled by NBC in May, so everyone needs to watch this to convince Netflix to pick it up for a third season.

There’s also a new Netflix documentary film called Follow This which is all about Buzzfeed news reporters. If you’re interested in the brand that changed the face of journalism, this will be worth watching. 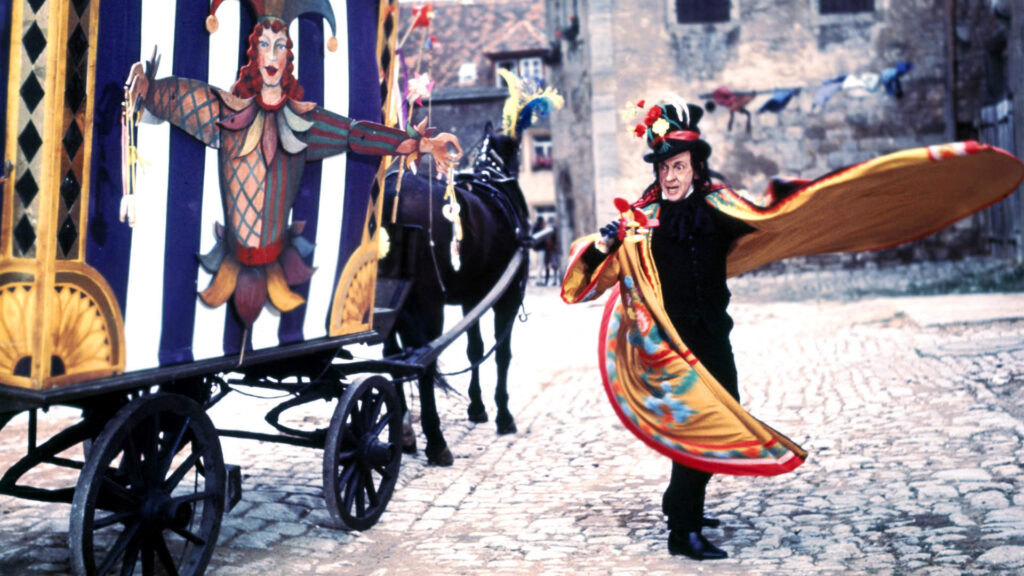 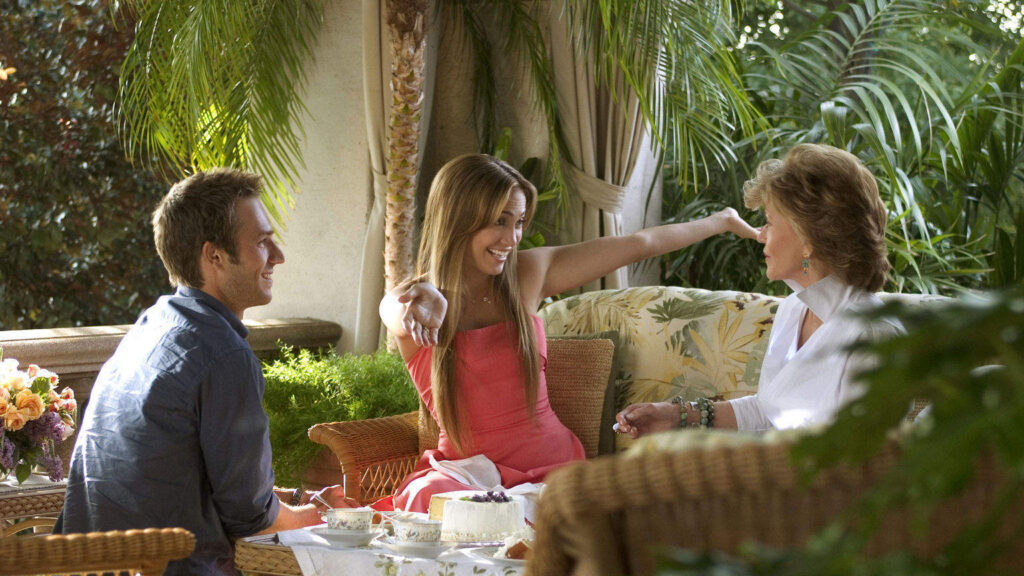 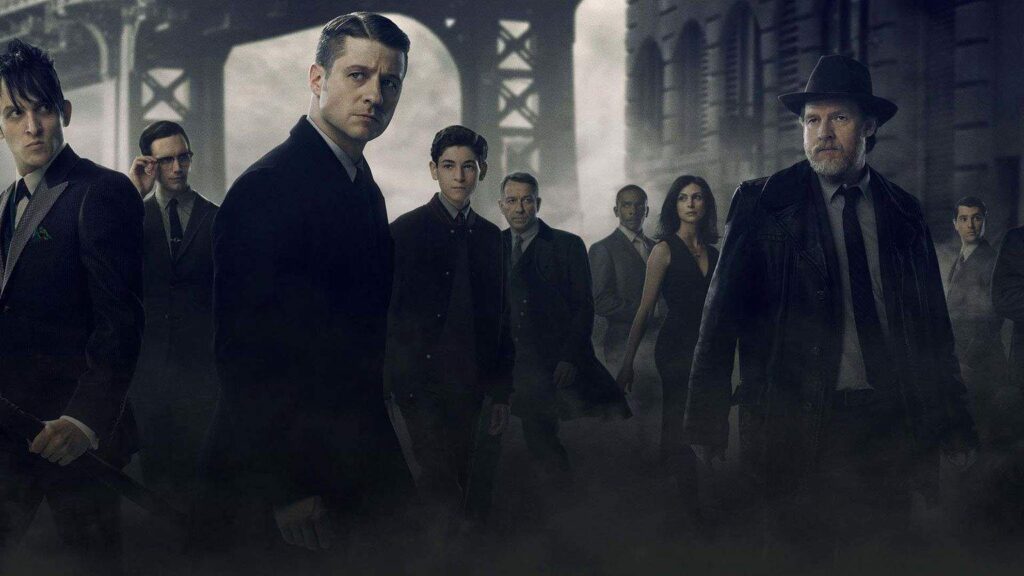 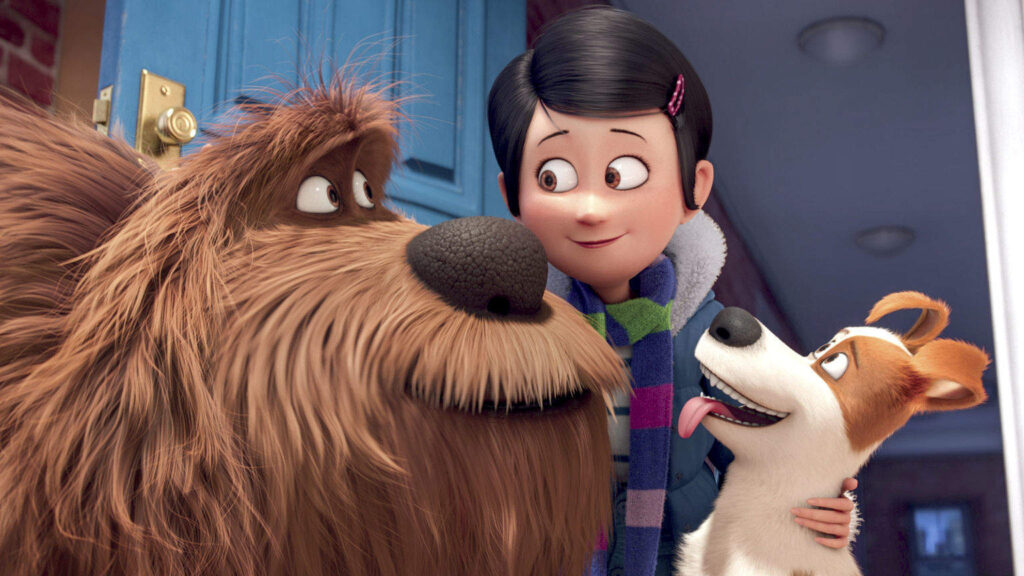 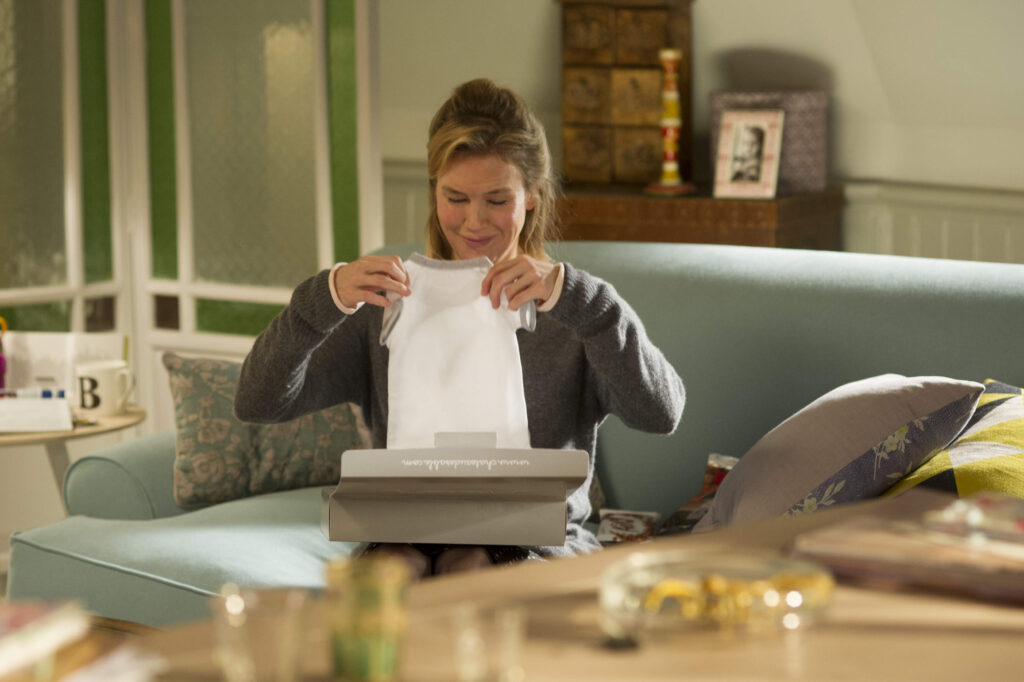 High schooler Ayumi’s perfect world evaporates when her envious classmate Zenko somehow steals her body, her boyfriend and her life.

Follow the Bethune-Cookman University Marching Wildcats as they fight to keep their spots on the field, memorize routines, balance their academic careers, and maintain their social lives.

These uncanny tales reveal a world where individuals face the tragic consequences of social pressure, parental oppression and family dysfunction.

From fangs to claws to venomous stings, they all wield deadly weapons. But which creature will be crowned the fiercest of all?

Hip-hop icon Rev. Run stars opposite wife Justine in this scripted comedy about one couple’s attempts at balancing work, romance and family chaos.

In this darkly comic series, a disgraced civil lawyer turned beauty pageant coach takes on a vengeful, bullied teenager as his client.

The outward perfection of a family-run flower business hides a dark side rife with dysfunctional secrets in this darkly humorous comedy series.

In this offbeat crime series, an online community of amateur sleuths uses an unconventional mashup of high-tech and low-tech methods to solve cases.

This animated series from Matt Groening follows the misadventures of a hard-drinking princess, her feisty elf companion and her personal demon

Amicable exes Marlon and Ashley settle into co-parenting duties and continue to work out where they stand as friends, former flames and a family.

Just months after a tragic loss, detective Sofia Karppi investigates the murder of a woman with ties to a Helsinki construction company.

A newly minted military interrogator arrives at a covert detention center to discover that some of the terrorists held there are not of this world.

When a teenage couple runs away to be together, the extraordinary gift they possess unleashes powerful forces intent on dividing them forever.

Explore the psychological machinations and immoral behavior that define the most nefarious types of criminals.

The Byrdes face danger from every side as the cartel, the Snells and the Langmores all threaten to bring down the new life they’ve built in the Ozarks.

An inspirational group of new contestants who have overcome significant adversity come together to take on the world’s toughest obstacle course. 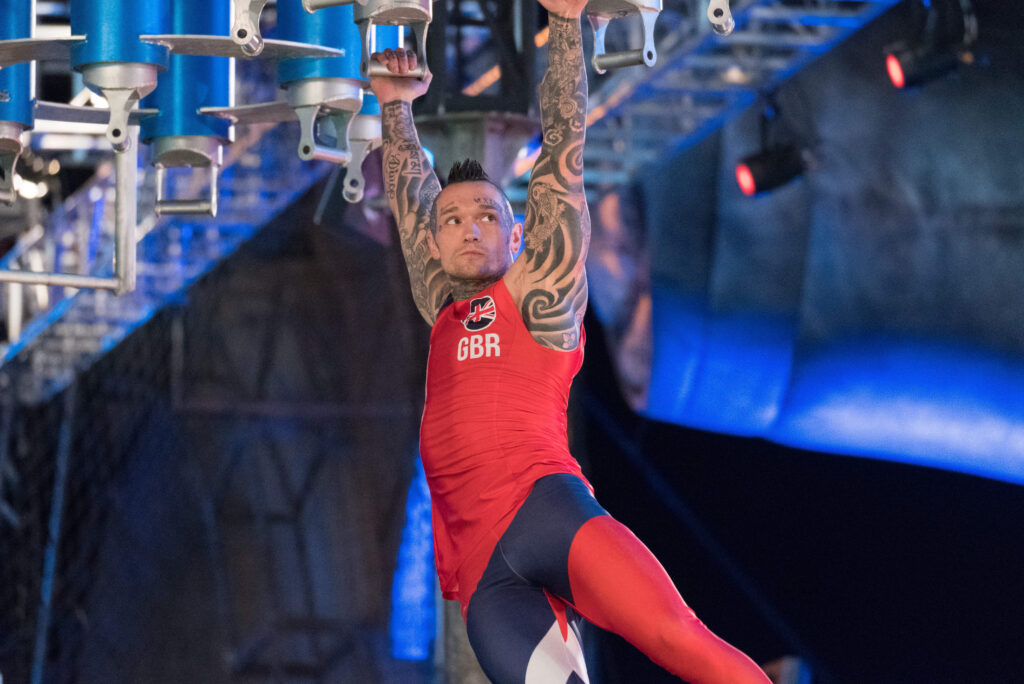 When an archenemy reveals information about Bob Lee’s father, the veteran sniper is drawn into a conspiracy that strikes too close to home.

A young boy who ends up in the U.S. after the 1871 Shinmiyangyo incident returns to Korea at a historical turning point and falls for a noblewoman.

Dong Shancai is determined to excel at her dream university, where she encounters an elite clique of dashing, popular high-achievers — and finds love.

A shocking death propels Jimmy deeper into the criminal world — and closer to his life as Saul Goodman. 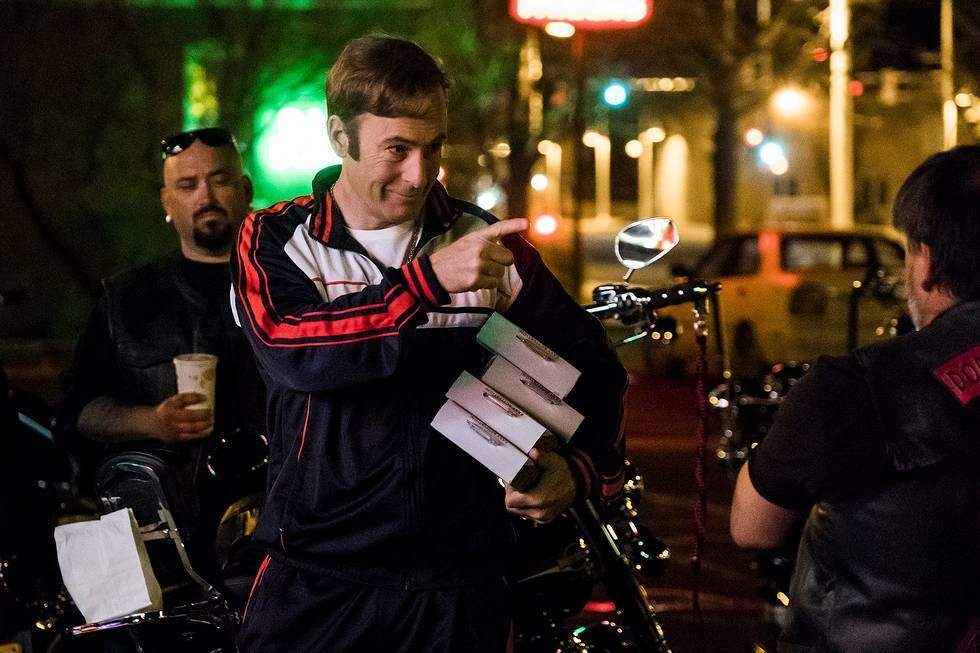 Faking his death to escape the realities of his uneventful life worked out well for Brij Mohan — until he was sentenced to death for his own murder.

After she’s left at the altar, a workaholic executive ends up on her honeymoon cruise with her estranged father. Kristen Bell and Kelsey Grammer star.

A policewoman whose childhood friend disappeared in Patagonia years ago starts a new search to find answers, and soon finds her own life in danger.

When five teens go on a spring break camping trip, an unfortunate accident sets off a race against time to save their friend’s most prized possession.

Lara Jean’s love life goes from imaginary to out of control when her secret letters to every boy she’s ever fallen for are mysteriously mailed out. 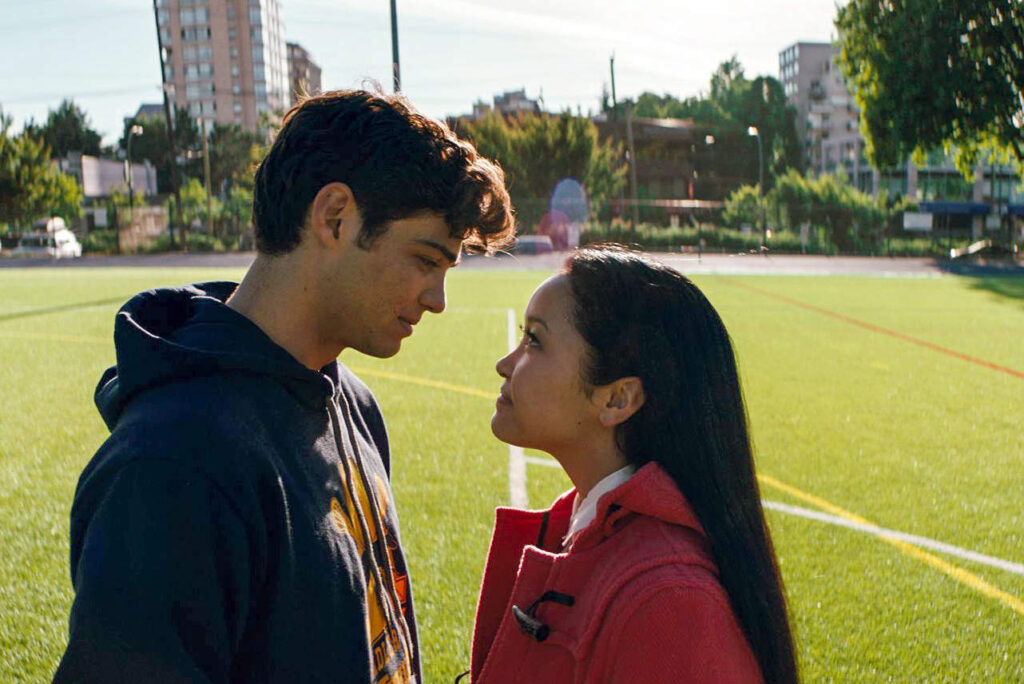 An aspiring writer with no imagination seeks inspiration for his novel by manipulating the lives of his neighbors so that he can write about them.

When an aspiring rapper goes viral for the wrong reasons, he thinks his career is sunk. But a wild party gives him one more chance to make it right.

Jilted by his girlfriend, a man likens his lack of luck in love to the laws of thermodynamics in this documentary-like romantic comedy.

With his signature one-liners and drawings, Demetri Martin muses on doughnut holes, dogs, sports bars, the alphabet’s most aggressive letters and more.

Comedian Bert Kreischer is ready to take his shirt off and “party hardy” with his debut Netflix Original stand-up special, Bert Kreischer: Secret Time. Considered one of the best storytellers of his generation, Bert regales the audience at the Trocadero Theatre in Philadelphia with stories about zip-lining with his family, his daughter practicing softball with an imaginary ball, and upstaging ex-NBA player Ralph Sampson at a childhood basketball camp.

Born without legs and stuck in foster care for years, teenager Zion Clark hopes to overcome his circumstances and become a competitive wrestler.

Follow the reporters at BuzzFeed as they probe topics ranging from quirky internet crazes to safe injection spaces for opioid users.

Whether by land, air or sea, the Dinotrux tackle some of their biggest builds ever while facing the double threat of brothers D-Structs and D-Stroy.

A young horse enthusiast teams up with her best friends to rescue and rehabilitate animals on her family’s beloved ranch.

After saving Shiro and defeating Lotor, the Paladins are finally able to set a course for Earth. After a perilous journey, they discover that their home planet is not how they left it.

Pinky Malinky sees the bright side of everything, including being born a hot dog. With his BFFs in tow, this little wiener takes a bite out of life.

Lucky and the PALs canter into more adventures with a new chapter of the Frontier Fillies. With each new challenge, Lucky, Spirit and the PALs work together as they run wild and live free.

How do ears hear — and why can’t I eat dessert all the time? The StoryBots tackle these and other tough questions in an all-new season of asks.

Trolls: The Beat Goes On!: Season 3

As the trolls turn a new enemy into a friend, Poppy trains Branch in “hair-jitsu,” Smidge woos a crush and DJ Suki learns to throw the best party ever.

Memories in a bowl of steaming noodles, a fading beauty finding her way and a bittersweet first love — all in these stories of city life in China.