Europe’s top court — the European Union Court of Justice in Luxembourg — has ruled today that luxury brands can block online retailers like Amazon and eBay from selling their products.

The ruling has finally ended a decade-long battle that has split EU countries and will set a precedent that the luxury and online retail markets will have to live by.

It’s also an important gauge of how far the European Commission is willing to go to set competition policy across EU member states.

Luxury brands — led by Coty, a US company whose brands include Marc Jacobs, Calvin Klein and Chloe — have argued they should have the right to choose who sells their products to protect their image and exclusivity.

Coty has taken issue with German retailer Parfümerie Akzente which sells Coty’s goods on sites including Amazon against its wishes.

A supplier of luxury goods can prohibit its authorised distributors from selling those goods on a third-party platform such as Amazon. Such a prohibition is appropriate and does not, in principle, go beyond what is necessary to preserve the luxury image of goods.

How did we get here?

EU antitrust regulators crafted rules in 2010 which allow brand owners with less than a 30 percent market share to block online retailers without a bricks-and-mortar shop from distributing their products.

A supplier of luxury goods may prohibit its authorised retailers from selling its products on third-party platforms such as Amazon or eBay.

A recent European Commission report into the e-commerce sector found that:

While price is a key parameter of competition between retailers, quality, brand image and innovation are important in the competition between brands. Incentivising innovation and quality, and keeping control over the image and positioning of their brand are of major importance for most manufacturers to help them ensure the viability of their business in the mid to long term.

What will the decision mean for the brands and retailers?

Coty is one of Germany’s top luxury cosmetics suppliers and sells products by way of a selective distribution network through authorised retailers. 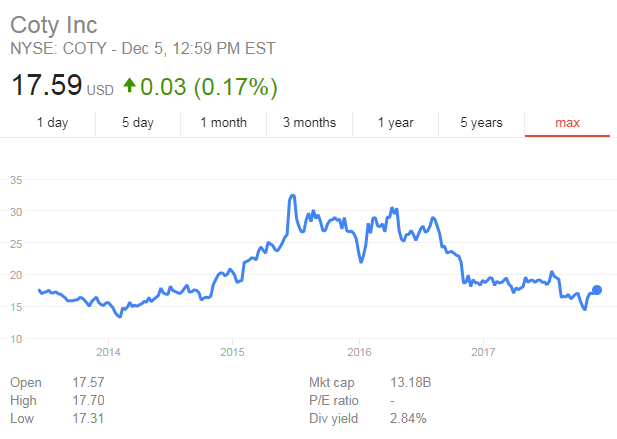 These retailers must meet a number of requirements when selling Coty’s products both offline and via the internet.

Coty introduced in 2012 a provision in its distribution contracts according to which the retailer’s online shop shall appear as an “electronic shop window” of the authorised shop — meant to preserve the luxury character.

The contract also prohibits the visible use of unauthorised third parties for internet sales of Coty’s products — that means the likes of Amazon and eBay.

Parfümerie Akzente, one of Coty’s authorised retailers for many years, sold Coty’s products both in its brick-and-mortar locations as well as online on its own website and via Amazon.

Parfümerie Akzente’s refused to approve the amendments to the distribution contract introduced in 2012 which is when Coty brought an action before the German courts seeking an order prohibiting Parfümerie Akzente from distributing its products via Amazon.