Private equity is on a roll. Fund raising records are repeatedly being broken and the latest is the record for a European private equity fundraising round.

CVC Capital Partners has raised €16bn ($17.98bn) for its latest flagship fund for private equity investments in Europe and North America, on demand of between €25bn and €30bn from investors.

The seventh fundraising by CVC is the largest by a European private equity firm, surpassing the €11.2bn raised by Apax Partners in 2007 and the €10.5bn CVC raised for its sixth fund in 2013.

According to industry data provider Preqin, globally funds raised $589bn in 2016, in line with 2013-15 levels. The number of firms raising more than $5bn has surged to a post financial crisis high last year.

Pension funds and other institutional investors are pouring vast sums of money into the best-performing private equity funds. However CVC did not disclose which organisations invested in Fund VII, but almost half of investors in Fund VI were public pension funds.

CVC is based in Luxembourg but has offices around Europe and has raised a total of $107bn since it was founded in 1981. It has invested in companies from Swiss luxury watchmaker Breitling to Formula One motor racing and currently has $65bn of assets under management.

At the end of 2016 Apax, the European private equity group, completed its largest fundraising since the financial crisis raising $9bn in less than a year from investors, with plans to invest a third of its capital in businesses that can benefit from or oversee digital disruption in their sectors.

One of the world’s larger buyout firms, Advent took just six months to secure the money for its eighth fund. In 2012, it raised $10.8bn for its last global investment vehicle.

BC Partners is currently fundraising for its 10th fund, seeking €7bn, and currently has more than €12bn of assets under management.

In New York, Apollo is set to raise $20bn from investors this year. 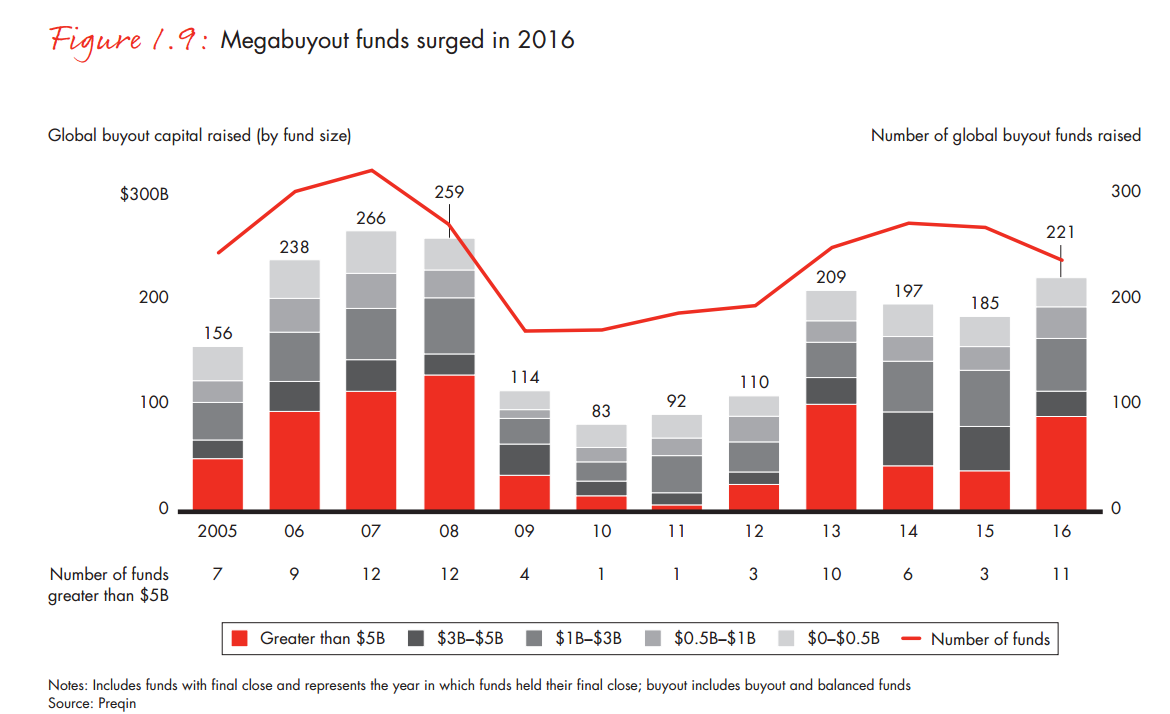 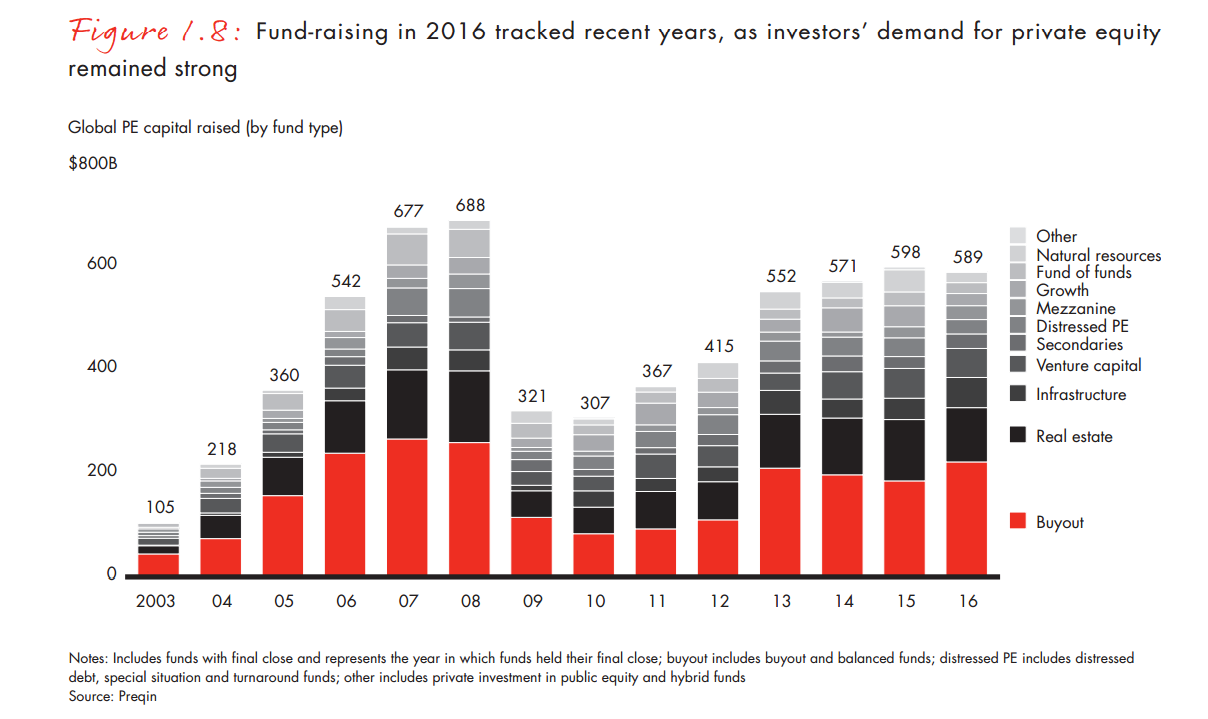