Online storage company Dropbox has said it’s shooting for a valuation of between $7 billion and $7.9 billion ahead of its upcoming initial public offering (IPO) next week.

The valuation target is lower than the estimated $10 billion achieved in its latest round of funding in 2014.

When the Silicon Valley startup starts trading next week it will be the first time a so-called tech unicorn goes public since the parent company of disappearing messaging app Snapchat, Snap listed shares in June 2017. A unicorn is a privately held company with a valuation of more than $1 billion.

The San Francisco based file-sharing company aims to raise as much as $648 million when its six million shares hit the trade floor.

The company also announced the sale of $100 million in stock to sales software company Salesforce, in an SEC filing today.

The announcement comes hot on the heels of a “deep partnership” announced by Saleforce and Dropbox last week, where they unveiled plans to grow their use of each other’s software services.

In what was perceived as an epic flop, Snap’s shares climbed by just a dollar in one year after a rush of investors drove the price up by 44% in the stock’s first day of trading.

Investors will be watching Dropbox closely for any sign the booming tech industry is running out of steam. 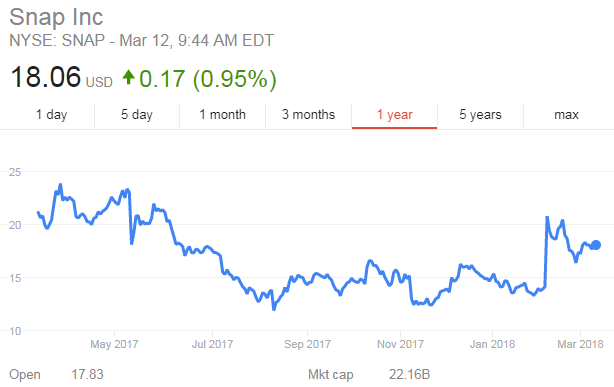 The company said they plan to boost profitability by charging more of their 500 million users in over 180 countries,  according to their regulatory filing.

The IPO is being managed by Goldman Sachs, JPMorgan, Deutsche Bank AG and Allen & Co.