The Dutch economy grew 0.5% in the first quarter of 2018, slower than the previous quarter but up on the same period in 2017.

A report released today by the Centraal Bureau voor de Statistiek (CBS), the national Dutch statistics agency, shows that GDP for the year to March 2018 was 2.8% greater than first quarter 2017. The first quarter 2018 also had one more working day than the first three months of 2017, and adjusting for this puts the difference at 3%.

This growth is mainly attributed to higher domestic expenditure, with substantial growth in household consumption and fixed asset investments.

Consumer spending was more than 3% higher in Q1 2018 than Q1 2017, representing the highest growth rate in 17 years and 16 quarters in a row in which consumer spending has risen relative to the same quarter the year before. 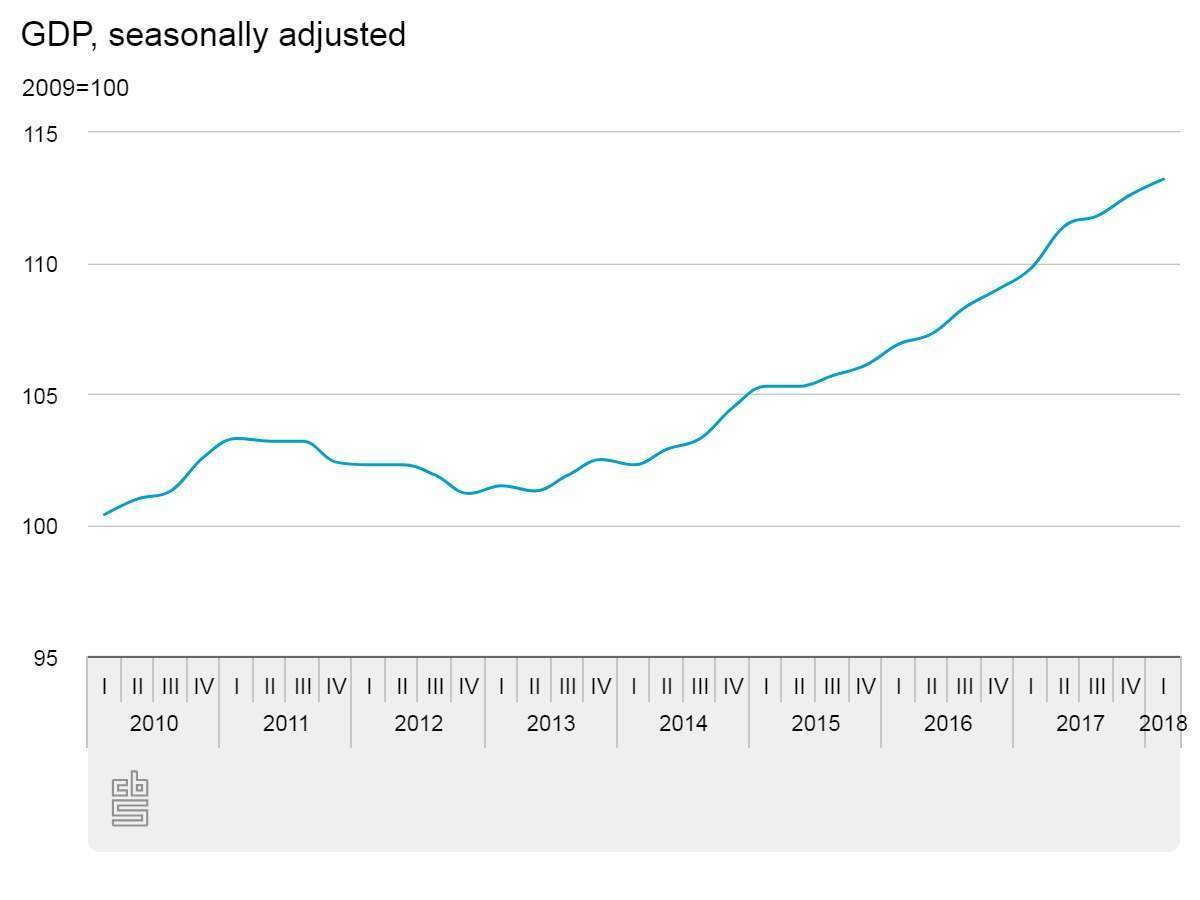 Chris Bailey is a global fund manager and founder of the investment research blog Financial Orbit. He told Verdict:

The Dutch economy may have grown faster than its German or British peers in the first quarter but the impact of cold weather, the timing of Easter and some tougher 2017 comparisons impacted.

Employment growth was a brighter spot reflecting trends we are seeing across Europe including in the UK. Demographic changes and more flexible lifestyle choices are reducing unemployment counts across large swathes of the most developed economies in the world.

I would not rate either a Brexit benefit or a fantastic renaissance in European economic growth as being particularly influential.

CBS announced also announced today that the number of full- and part-time jobs grew by 76,000 in Q1 2018 compared to Q1 2017, which is the strongest growth rate since the second quarter of 2007.

While the Dutch economy did grow at the beginning of this year, it did so at a slower rate than the 0.7% growth seen in the three months to December 2017. It was also marginally below the growth forecast of 0.6%.

Other European countries with reports of slower-than-expected economic growth this morning include Germany and Portugal. Germany, the eurozone’s largest economy, saw its pace of expansion cut in half since the previous quarter to 0.3%. Portugal’s GDP growth fell from 0.7% in Q4 2017 to 0.5%. Euro area growth as a whole slowed to 0.4%.

Officials from the European Central Bank (ECB) stressed that the slowdown was not a cause for concern and cited temporary factors.