Before Milo Yiannopoulos was pandering to the alt-right and expressing delight at the prospect of journalists being shot, he was telling wealth managers to invest in the media industry.

In this video footage from 2013, obtained exclusively by Verdict, Yiannopoulos was giving advice to wealth managers about the London technology scene in his role as editor-in-chief of The Kernel. This included top tips for investing in startups, and significant encouragement to invest in media companies.

“It can be a hell of a lot of fun owning a media company,” claims Yiannopoulos in the video. 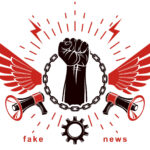 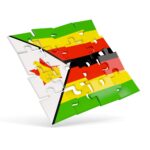 New media
The best tweets from @zanu_pf, the major source of information around the Zimbabwe crisis
Data Insights
View All

How Milo Yiannopoulos moved on from The Kernel

The Kernel closed down the same year amid allegations that it had failed to pay staff, and a summary judgement that resulted in its parent company having to pay one former contributor thousands. Another contributor also claimed to have been threatened via email by Milo Yiannopoulos.

The site was acquired by The Daily Dot the following year, where it now remains. However, it has not been updated since 2016.

Meanwhile, Yiannopoulos moved on, becoming embroiled in the gamergate controversy, and gathering a controversial reputation for himself in the process, before being made editor of Breitbart’s technology section in 2015. He left the role in 2017 following comments he made about paedophilia.

He then launched Milo, Inc in the same year, which was pitched as a media outlet “dedicated to the destruction of political correctness”. This now operates alt-news site Dangerous, which hosts Yiannopoulos’ own weekly programme, The Milo Show, and promotes his books.

His most recent comment, “I can’t wait for the vigilante squads to start gunning journalists down on sight”, has provoked the expected outrage. It is, however, not wholly unexpected, following an extensive history of criticism of mainstream media and a love of provocative and outrageous comments.

While Yiannopoulos is now a master of garnering media attention, back in 2013 he was still learning how to provoke.