Kymira says the ‘KYnergy’ branded technology woven into the sportswear it manufactures absorbs heat and radiation from an athlete’s body. This is then emitted it back at them at by the garment at a different infrared wavelength, known as Far Infrared Radiation (FIR).

These wavelengths penetrate up to 4cm deep into the muscle tissue and prompt a localised increase of bloodflow through the dilation of blood vessels in the capillary bed, which improves circulation and tissue oxygenation.

This technology should increase the efficiency of respiration and energy production, and will relieve pain and promote a quick recovery following a workout.

Kymira works with Celliant, a California-based technology company, to create the KYnergy fabric. This is achieved through weaving 13 thermoreactive minerals into a liquid polyester resin which is extruded into stable fibres.

These minerals include light absorbing titanium dioxide, silicon dioxide for its energy reflecting and absorbing properties, and aluminium oxide which was chosen for its ability to increase reflectivity.

The science behind infrared leggings

In a 2014 study by Worobets et al, researchers demonstrated that wearing apparel classed as FIR-emitting did actually decrease athlete’s oxygen consumption during sub-maximal exercise. This indicated that there was more oxygen in their bodies to begin with as a result of the garments, so they didn’t need to take as much in. Increased levels of tissue oxygen have been well documented to air with recovery from tissue damage, and promote blood circulation, indicating that the leggings do in fact have some benefit.

That said, the participants in the Worobets study only had their oxygen consumption decrease by 0.9% – a statistically significant figure, but perhaps not quite enough to make noticeable difference to a day to day wearer.

The oxygen consumption gap was also seen to decrease as cycling intensity increased, meaning the results indicate that the leggings’ benefits may only be realised during lower-intensity training. 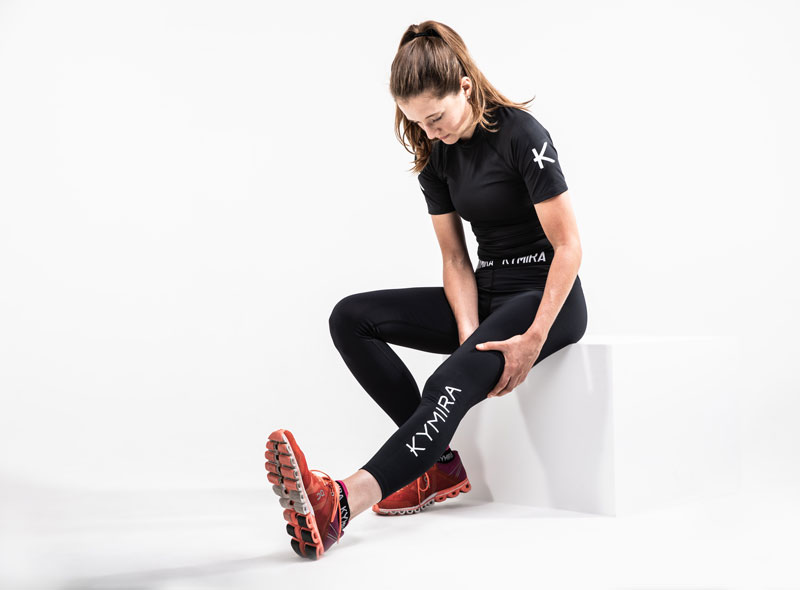 When Verdict took Kymira’s Women’s IR50 Leggings out for testing, we were pleasantly surprised by the results.

After an intense squat workout and a half-hour spin session, our reviewer expected a certain amount of difficulty heading up and down the stairs the next day, perhaps an inability to run for the train as needed.

However, while some muscular soreness still persisted, the leggings appeared to have minimised the post-workout discomfort to a fairly significant extent.