SIXPAD maintains that its tights exert pressure and resistance on difficult-to-stretch zones of the waist, hips and hamstrings. This should increase activity in those areas, particularly the hamstring muscles. The company claim that alongside boosting your workout, the leggings should serve to turn everyday movements into healthy training exercises if simply worn to work or around the house due to its advanced compression.

Sports therapy training course provider Core Elements founder Dawn Morse says: “Many people have those hard to reach areas that they want to tone up, often even with regular exercise these target areas require additional work or specific exercises. When the muscles are placed under an increased training load, they will adapt, by becoming stronger, will look more toned and this will lead to inch loss in the targeted areas.” 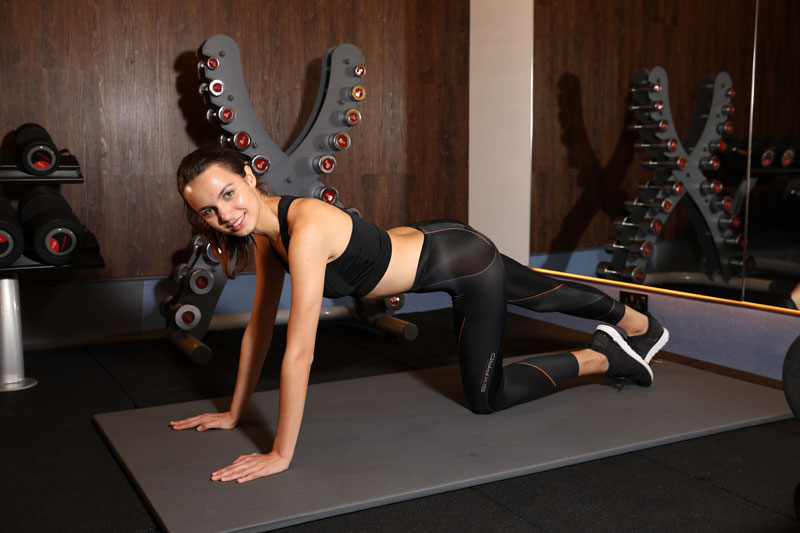 SIXPAD has two different tights, a standard and high waist version, the latter of which they supplied to Verdict for testing. The company claims that wearers of its product will experience about 1.3x more muscle activity wearing the tights compared to without.

Morse says: “It’s important to note that these leggings only increase additional muscle loading to a moderate level, so the user still has to exercise regularly to achieve desired results and the leggings only serve to complement what they already do.”

Verdict found it was possible to detect increased pressure in the panels designed to increase muscle tension, and the hamstrings definitely felt more involved in the whole workout process than they usually do come leg day.

However, Verdict did find one major drawback with the SIXPAD tights. The unisex tights our reviewer was sent were a comfortable fit, but became almost completely see-through from the knees up, meaning they absolutely could not be worn in public without a pair of shorts over the top without becoming a breach to common decency.

Not the end of the world, but perhaps a little more opacity is to be expected from a product that costs £165.