The turbine will stand at a total height of 260 metres with 107-metre blades and will produce enough power for up to 16,000 households — some 12 megawatts.

The Haliade-X will be 30% bigger than its nearest competitor — the Vestas V164 turbine.

The offshore wind market has been growing rapidly in recent years. Europe’s total offshore wind capacity increased by 25% in 2017 — adding 13 farms — according to trade group WindEurope and Europe is now home to more than 4,000 offshore wind turbines across 11 countries.

Onshore wind turbines in Europe have average capacities of about 2.7 megawatts, less than half the six megawatt average capacity of offshore turbines, WindEurope reports.

Tower height is a limiting factor for onshore wind, but offshore turbines have fewer limitations and stronger winds at higher altitudes can turn bigger blades.

The bigger the turbine, the fewer are needed per wind farm meaning lower costs. However, bigger turbines mean any failures are more severe.

Here are the world’s largest wind turbines, including the Haliade X 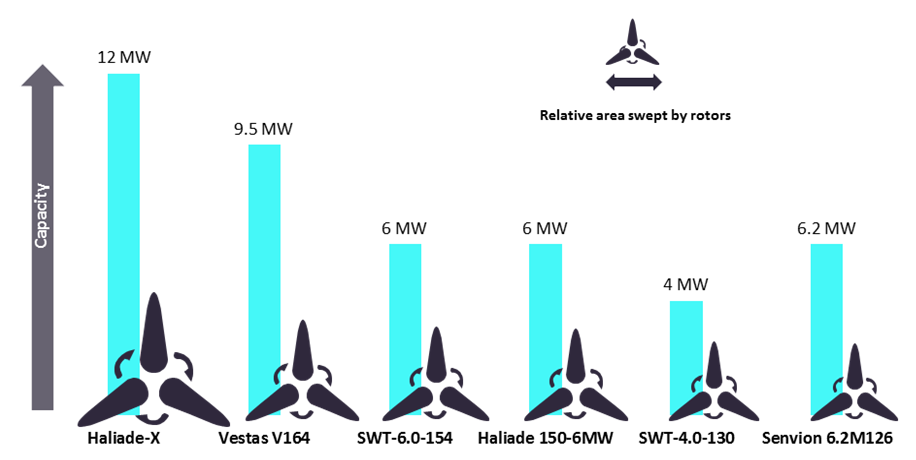