Scientists have published the results of a study where a genome-edited bull successfully passed on its new genetic trait to its offspring – demonstrating the potential use of genetic engineering in livestock.

The bull in question, which is from a form of cattle used in dairy production, was genome-edited to prevent it from growing horns.

Now it has produced six offspring, all of which also carry the hornless trait, and which show no signs of any adverse genetic effects from the genome editing process.

The research raises hopes for the potential of genome editing as an animal welfare tool because it provides an alternative to the common practice of de-horning.

This currently sees calves’ horns removed at a young age – a practice known as ‘disbudding’ – in order to reduce aggression and prevent injury to other animals or dairy workers. However, this process is unpleasant for the animals, and is often raised as an animal welfare concern.

The researchers, who are based at the University of California, Davis, suggest that their genome-edited bull research could provide an alternative that removes the need for de-horning and so improves the welfare of the affected animals. 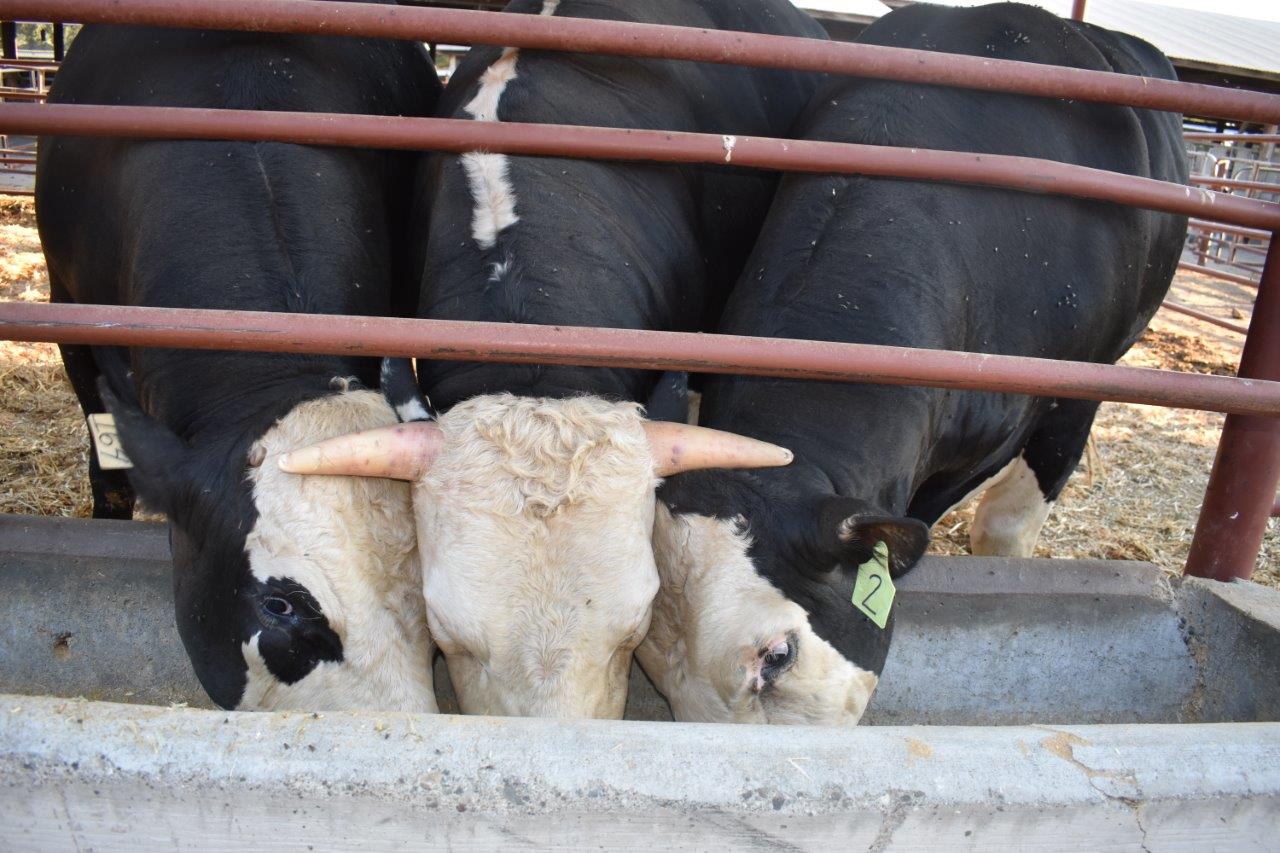 Two of the calves in the study, next to an unedited control calf, centre, that still has horns.

The research, which is published today in the journal Nature Biotechnology, saw the original parent bull’s DNA altered to have the hornless trait, before it reproduced.

The six resulting calves and the parent bull all had their DNA sequenced, with additional analysis provided by scientists working for the US Food and Drug Association (FDA).

This found that while the research was successful, in that it produced healthy, hornless calves, it did find that some of the calves also carried fragments of bacterial DNA known as plasmids, which were used to conduct the initial DNA editing in the parent.

While these plasmids are in no way harmful, they change the legal definition of the calves to become genetically modified organisms (GMOs), and so are best to prevent.

As a result, the researchers recommended incorporating a form of screening currently used in plant breeding in cases where the study is replicated.

“We’ve demonstrated that healthy hornless calves with only the intended edit can be produced, and we provided data to help inform the process for evaluating genome-edited animals,” said corresponding author Alison Van Eenennaam, from the UC Davis Department of Animal Science.

“Our data indicates the need to screen for plasmid integration when they’re used in the editing process.”