Germany’s spectrum auction for next-generation 5G mobile network licenses, which is currently underway, is likely to result in commercial 5G services launched in 2020, according to GlobalData.

Winning bidders will be required to offer high-speed services to at least 98 per cent of German households and along motorways and rail lines.

Deutsche Telecom has extended its 5G field trials to Darmstadt in the south-west of the country and is gearing up to test a range of 5G applications and devices.

Vodafone launched its first 5G base station in Aldenhoven in November 2018 and is focusing on developing various 5G use cases such as 3D holographic communications and smart factories amongst other applications.

United Internet said it would apply for a license as part of the 5G auction, opening the way for the network to establish its position as a fourth mobile network operator.

Despite pressure from the US, the German authorities have allowed Huawei to take part in the auction. Washington had threatened to end intelligence sharing with Berlin if it did not exclude hardware made by the Chinese tech giant from the infrastructure, arguing that Chinese equipment could help Beijing spy on Western governments and businesses. 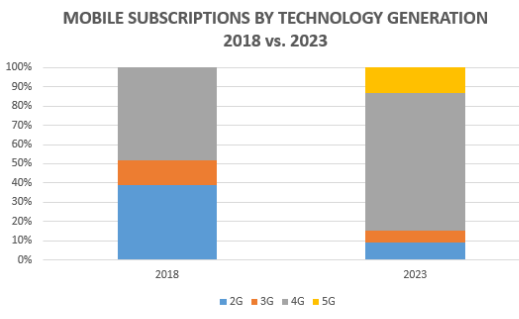