Autonomous flying taxis are closer to being a reality than ever before.

New Zealand’s prime minister Jacinda Ardern has announced that her country has been playing host to secret test flights for the taxis since late last year.

The vehicles themselves are Cora aircraft from Silicon Valley-based Kitty Hawk. One of the company’s most prolific backers is Larry Page, the co-founder of Google. He is understood to be backing the project personally using his own money, not Google parent Alphabet’s.

While Kitty Hawk isn’t an Alphabet project, there’s plenty of Google’s DNA in the company. The whole venture is led by Sebastian Thrun. He also had a leading role in founding Google’s self-driving car programme, as well as its online education service Udacity.

The self-driving element is also evident in the Cora aircraft. The entire vehicle will be totally driverless, with three independent on-board computers tracking the flight controls. Should something go wrong with one of the computers, the other two will act as back-ups.

Cora is an electric vehicle and will take off and land vertically, like a helicopter, yet it will fly like a plane. Electric motors power twelve rotors (six on each wing) to get the drone into the air. The cabin has space for two passengers and is capable of carrying them at heights of up between 150 metres and 900 metres.

The drone will also be capable of reasonably long-haul trips. It can fly at a top speed of 110 miles per hour for a range of about 60 miles.

Kitty Hawk’s aim is to eventually begin operating a ride-sharing service similar to Uber or Lyft. 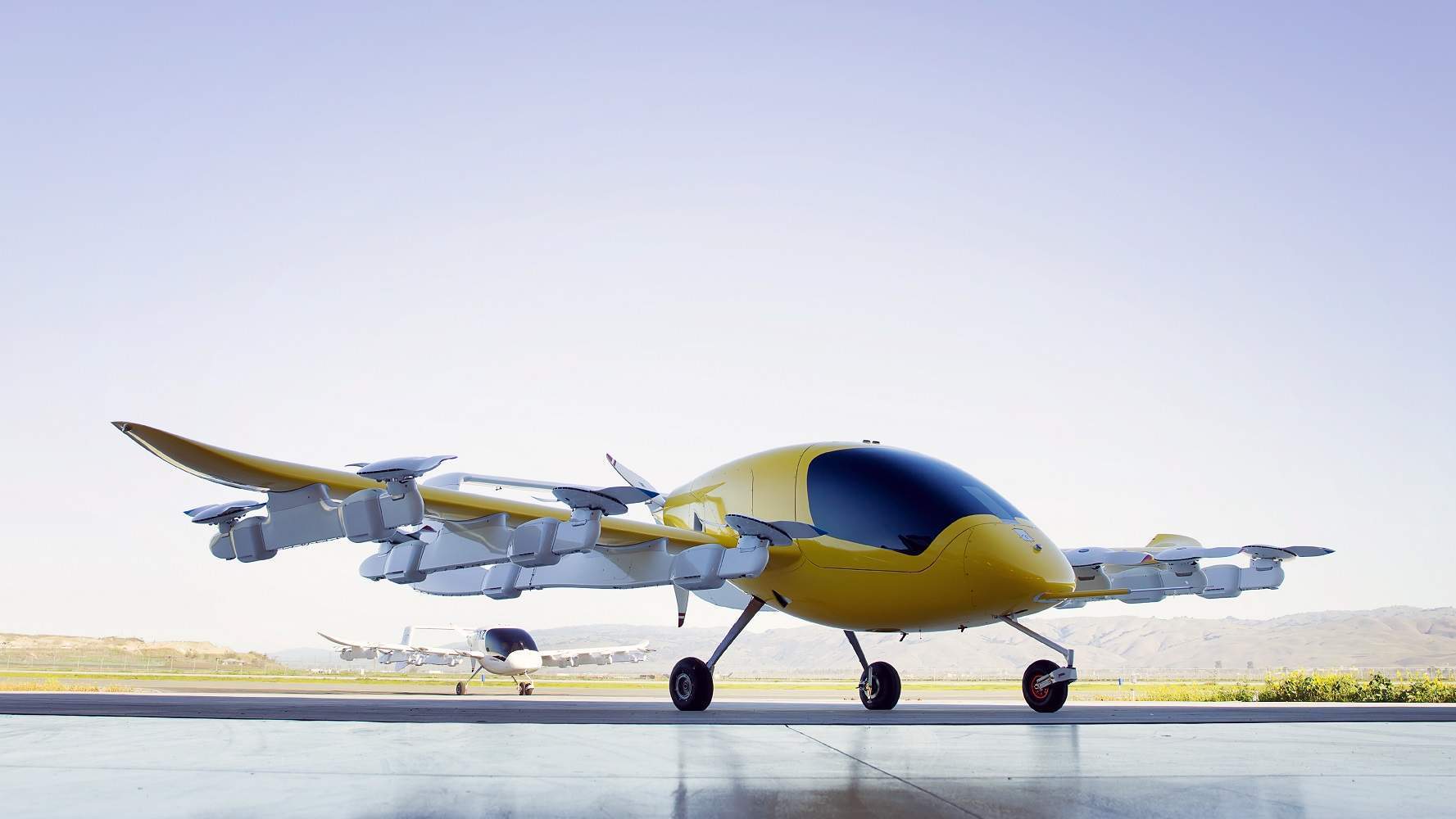 What has been said?

Speaking at the launch of the Cora, Thrun said:

Kitty Hawk’s mission is to completely change the way we get around. We succeed if everyone chooses to fly every day.

With our prototype air taxi Cora, we are applying eight years of research and development into an entirely new way to commute.

New Zealand’s prime minister, Ardern noted her enthusiasm that her country was playing host to the project’s developmental stages:

I’m really thrilled to see New Zealand endorsed as a place where exciting companies want to do business.

Innovation is in our DNA — Kiwis love a challenge and pushing the envelope and I think it’s that spirit that resonates with innovators around the world.

Up until April 2017, Kitty Hawk was operating almost entirely in secret. Last year the company stepped into the limelight to showcase its prototype Flyer.

This vehicle is similar in design to the Cora, but smaller, with only eight rotors and space for just a single passenger. The Flyer is designed only for use over water. It will be sold to private individuals, but Kitty Hawk have no plans to turn it into a ride-sharing service.

Kitty Hawk does have an “experimental airworthiness certificate” for to trial Cora in New Zealand and the US. Unfortunately, they have made no announcements about plans to test the vehicle in the US.

While Kitty Hawk does have one of the most concrete projects out there, the Cora is far from the only flying taxi in development.

Uber’s off-shoot Elevate, Airbus’ Silicon Valley-based cousin A3, and companies like Lilium, Joby, and Terrafugia all have autonomous flying vehicles in development.

Lilium in particular has some major funding behind it. In September 2017 the Munich-based company gained $90 million from Chinese internet giant Tencent and other investment firms.

There’s no denying that flying taxis are taking off, the only question is which company will be in the pilots seat.