Greece has made an “enormous” effort to recover from its debt crisis and should be given debt relief by international lenders, according to Angel Gurria, secretary-general of the intergovernmental Organisation for Economic Co-operation and Development (OECD).

The reforms undertaken by Greece have finally started to bear fruit. It is an impressive achievement. With strengthened public finances and a much improved macroeconomic framework, addressing poverty and raising living standards is a priority.

The report says that the best way to aid Greece’s recovery is to reduce vulnerabilities by restructuring public debt and continuing to reduce banks’ non-performing loans.

This would make Greece’s economic outlook less vulnerable to shocks or increases in debt service costs in the future.

The report also highlights the biggest challenges still facing Greece. Reducing poverty and creating jobs must remain a priority, with awareness that the growing number of temporary or part-time jobs leaves many workers earning less than the minimum wage.

Other priorities for labour include giving workers the skills needed in the job market and help firms to invest and innovate in order to raise wages.

The OECD also highlights the need to tackle rising poverty in the younger demographic, which is the group finding it hardest to find work, with 43.6% of Greeks aged 15-24 unemployed. In addition, the OECD notes that social programmes are generally underfunded apart from pensions.

The OECD recommends both the roll-out of the guaranteed minimum income and the provision of school meals in order to help poorer households.

The economy is finally recovering… 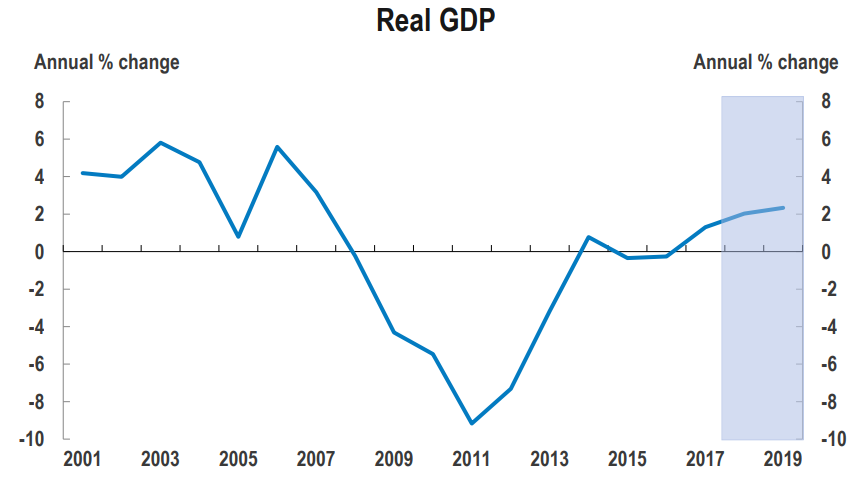 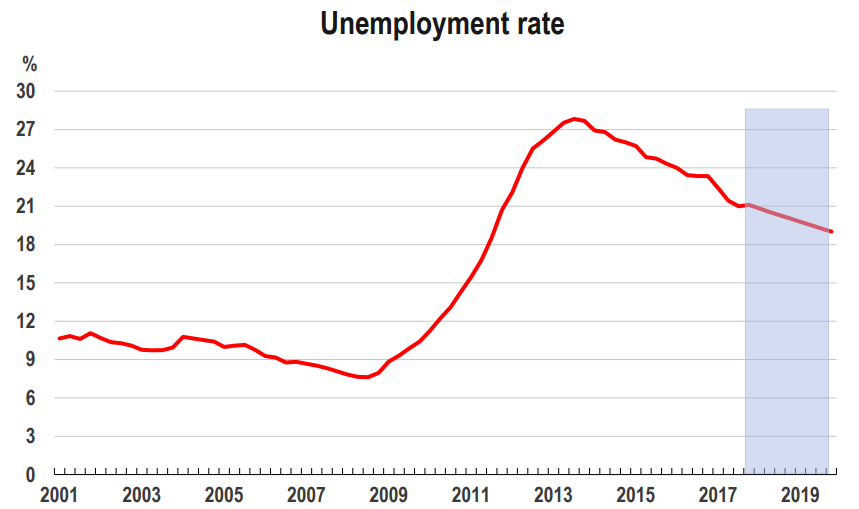 Competitiveness in Greece has improved… 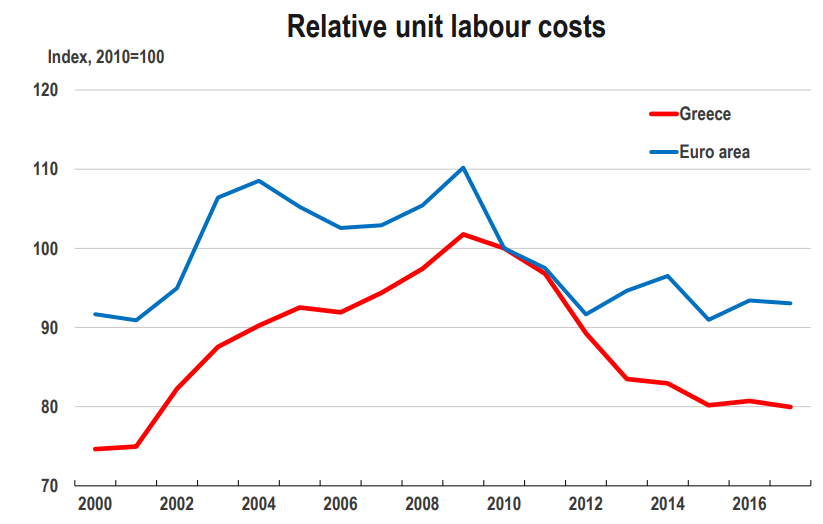 The minimum wage in Greece is near the OECD average… 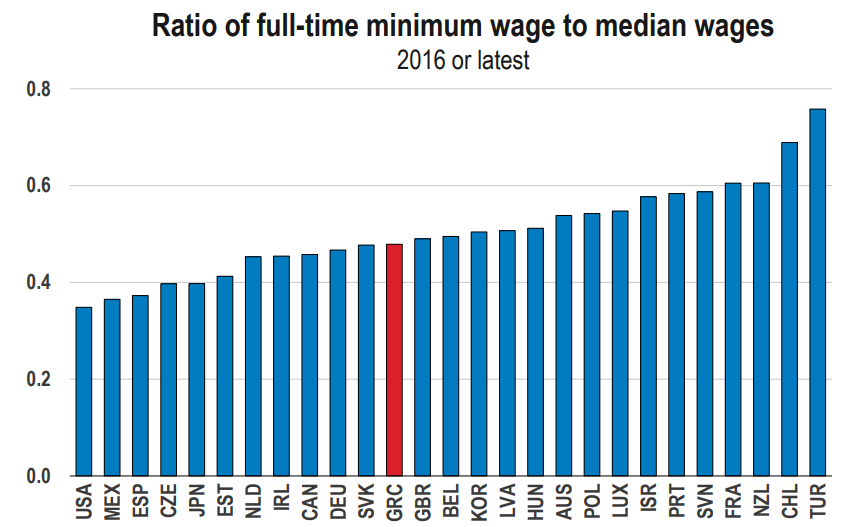