Healthy.io, a company turning smartphone cameras into clinical-grade medical devices to detect chronic kidney disease, has announced that it has raised $60m in Series C funding to roll out the product around the world.

Designed to be used by healthcare professionals, the test is known as urine albumin to creatine ratio (ACR).

Traditionally ACR has been performed by sending urine samples to a lab, which typically take several days to provide results. However, Healthy.io’s smartphone-based tests can be performed in any clinical setting, with artificial intelligence (AI) used to provide near-instant results.

The product has significant potential to disrupt the current ACR test in the healthcare industry.

Today it has also received 510(k) clearance from the US Food and Drug Association, designating at as substantially equivalent to the lab-based ACR test and approving it for use by healthcare professionals in all settings. The company is also working to have it approved for home use.

“With this FDA clearance, Healthy.io adds a critical test to its portfolio in the US, which can make ACR testing dramatically more accessible and convenient, leading to a big difference in the management of at-risk populations,” said Gary Loveman, a member of the Healthy.io board of directors.

Healthy.io funding to unlock smartphone as a medical device

The funding round announced today was led by Corner Ventures, with additional participation by Joy Captial. All of Healthy.io’s previous investors, Ansonia Holdings, Aleph and Samsung NEXT also participated.

According to Healthy.io, the additional funds will not only enable it to be proliferated across the globe so it can be used in real-world clinical settings, but also to develop further smartphone-based tests.

“The smartphone has the potential to be the great equaliser of healthcare,” said Yonatan Adiri, founder and CEO of Healthy.io.

“To unlock this potential, companies must adhere to the highest clinical standards. Our second FDA clearance and additional funding allows us to expand access to critical tests and care beyond our first 100,000 patients in Europe and Israel, making it a reality for millions of Americans suffering from diabetes and hypertension, who are at risk for chronic kidney disease.” 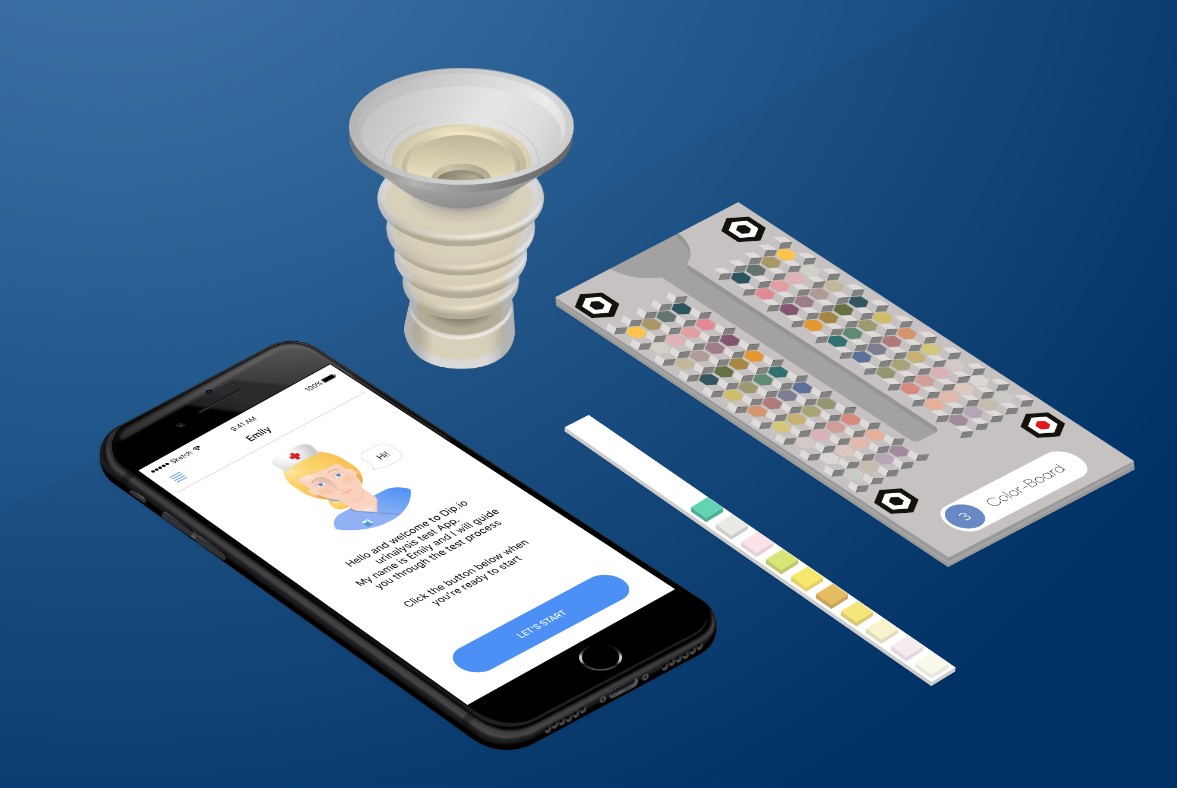 Dip UTI, another test from Healthy.io that has already received approval for home use.

The ACR test is one of several being developed by Healthy.io that enables smartphones to function as a viable alternative to labs for urinalysis and other tests.

The company has already developed a test for urinary tract infections known as Dip UTI that has already received approval for home use in both the US and the European Union, and which is already available in the UK through a partnership with pharmacy chain Boots.

Other tests are also in development through partnerships with Johns Hopkins University and Geisinger Health.

“Today, too many patients face barriers to care, leading to missed appointments, undiagnosed conditions, and increased visits to the emergency room or hospital,” said Loveman.

“Healthy.io is establishing itself as a leader in a new world of broader, decentralized access to care without compromising on clinical quality.”