With revenue of $7.2bn in 2016, the Colombian telecom and pay-TV markets were the fifth-largest in Latin America, and are one of the fastest growing in the region, just behind Mexico, Uruguay and Bolivia.

The Colombian government has developed a highly effective regulatory framework — arguably one of the most effective in the region — for the telecom market. 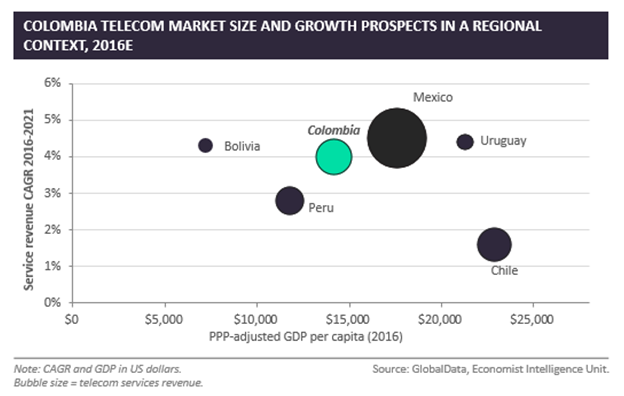 Research from GlobalData estimates that Colombia closed 2016 with about 14 percent of all mobile connections on 4G/LTE networks.

On the fixed broadband front, Colombia reached a population penetration of 12.3 percent in 2016.

GlobalData is the market leader in providing actionable insight into the technology industry. With market analysts in 18 countries around the world, along with a team of researchers and consultants, we can provide you with the reliable, in-depth industry information you need.