The scheme would see English customers having to pay a deposit of about 15 pence (about 20 cents) for every plastic bottle they purchased. After finishing the drink, consumers place bottles into so-called reverse vending machines to refund that deposit back to them.

The scheme is still subject to consultation. It isn’t clear whether all retailers of single-use drinks will be required to participate. Supermarkets Iceland and Co-op have voiced support for the idea but the British Retail Consortium opposes it.

Scotland announced a similar scheme last September and Wales is waiting on the outcome of a report into the idea. Westminster has also pledged to work with devolved governments to link up the schemes if possible.

What have campaigners said?

At the launch of the initiative the UK’s environmental secretary Michael Gove said:

“We can be in no doubt that plastic is wreaking havoc on our marine environment.

“It is absolutely vital we act now to tackle this threat and curb the millions of plastic bottles a day that go unrecycled. We have already banned harmful microbeads and cut plastic bag use, and now we want to take action on plastic bottles to help clean up our oceans.”

Gove also celebrated the success of a plastic bag charge. Introduced in October 2015 it seems customers charged five pence per plastic bag in most shops. This has seen plastic bag use in the UK drop by 80%.

“It’s good to see the government listen to public opinion. If the system is UK-wide, applicable to drinks containers of all sizes, and available everywhere they are sold, it will make a huge difference to the plastic problem.

“The government must be careful to avoid a voluntary scheme that only applies to some retailers.”

“I am thrilled that we will finally see the many benefits a deposit system will bring to England, not least the absence of ugly drinks containers in our beautiful countryside.

“What’s significant is that producers will now pay the full costs of their packaging, reducing the burden on the taxpayer and setting a strong precedent for other schemes where the polluter pays.”

However, critics of the government have noted that another environmental scheme brought up by UK politicians — a scrappage scheme for highly-polluting diesel cars — appears to have been quietly dropped.

Similar plastic deposit schemes operate in 38 countries around the world and have found success.

These schemes have increased recycling rates to more than 90% in other countries, according to the Guardian. In the UK at the moment, consumers only recycle around 43% of plastic bottles. As a result, around 700,000 plastic bottles end up as litter every day. 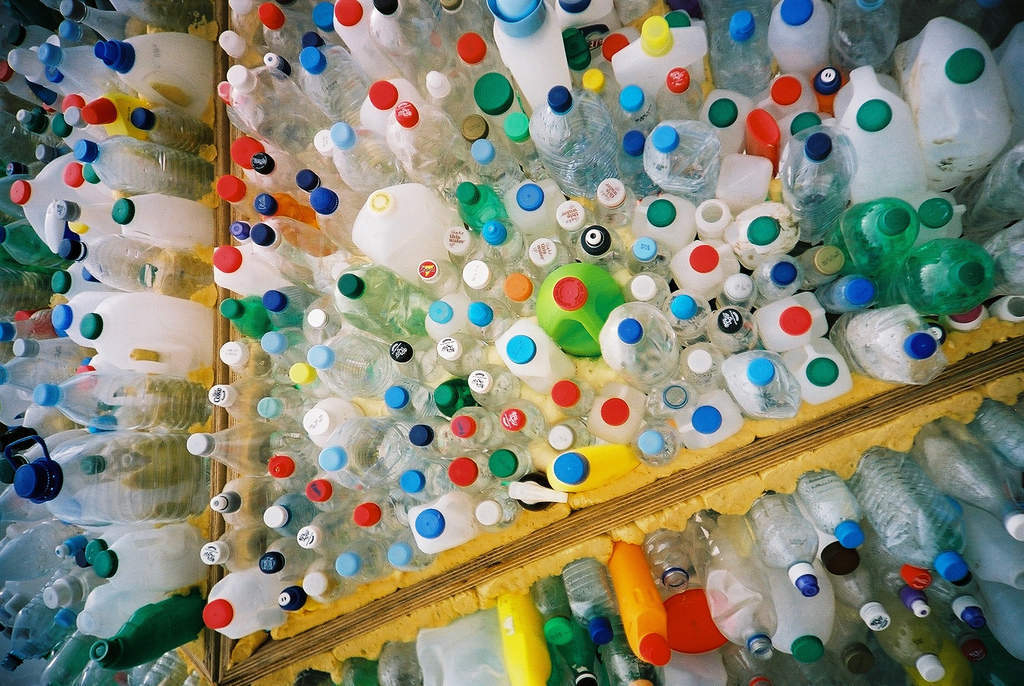 Here are a few other countries around the world who’ve adopted similar deposit return schemes. We’ve included how they work.

Cost of deposit: Not set by legislation.

Introduced: Gradually rolling out across the country, not nationwide yet. Available in South Australia, the Northern Territories and New South Wales. Western Australian and Queensland state governments plan to launch schemes in 2018.

There is plenty of evidence to show that a deposit return scheme would work wonders in the UK.

Studies have shown a 15 pence deposit would provide enough incentive for most people to actually return bottles, Sky reports. At 15 pence, about 86% of people say they’d recycle their bottles. That would mean 600,000 less plastic bottles being thrown away as litter every day.

There are also other benefits of a deposit return scheme too.

When recycling plastics, it is incredibly important not to mix different kinds of plastic. If plastics become contaminated they are worthless and must go to a landfill.

One of the major issues with recycling plastics at the moment is that many people don’t know what they can and can’t recycle so plastics different plastics end up in the same bins. By isolating drinking bottles from other kinds of plastic, a deposit return scheme could ensure plastics do not mix.

This would lead to a more efficient recycling programme. The purer plastics fetch higher prices from those who want to use them too.

In addition, the scheme needn’t be terribly expensive to run. In Norway, the unclaimed deposits of the 4% of bottles that aren’t returned make a huge contribution to running the scheme. Ultimately, the cost to the consumer is only about one penny per bottle.

In conclusion, a plastic deposit return scheme could have a major impact on UK recycling. If the government is serious about tackling the issue, this could be a great place to start.