With the Consumer Electronics Show (CES) kicking off next week, many companies are preparing to unveil their cutting-edge products and services.

One such company is Hyundai. The Korean carmaker Hyundai will present a totally new vehicle concept, Hyundai ‘Elevate’. Reminiscent of an autobot from the Transformers franchise, the vehicle is thought to be the first capable of walking.

Although the company has not revealed many technical details about the vehicle, other than the fact that it is powered by “robotics and EV technology”, it has released a computer-rendered teaser image, which shows tires attached to four long extendable “legs”, drawing comparisons with Boston Dynamic’s robots. 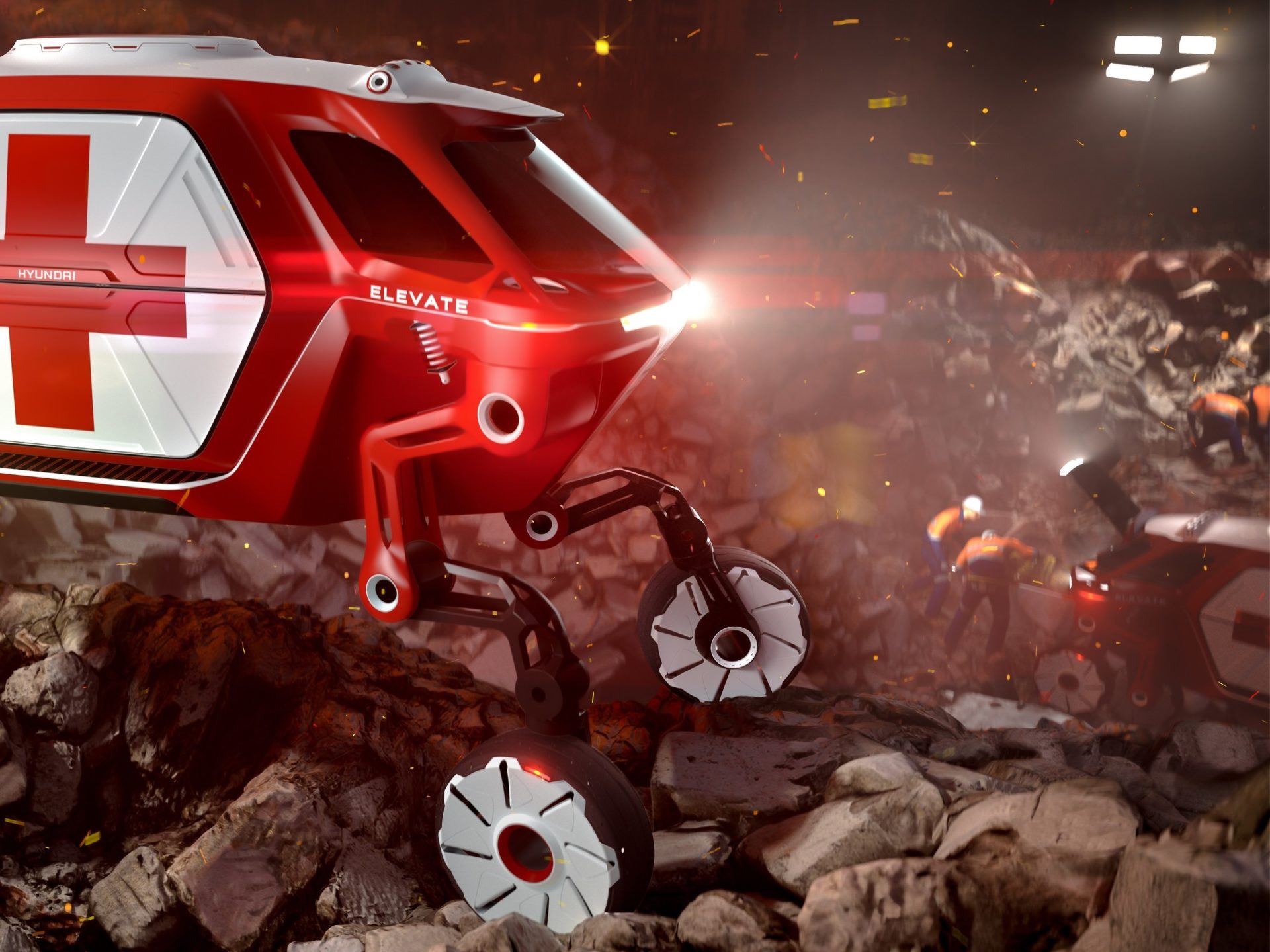 What we know about the Hyundai walking car

From the design, it looks likely that the legs will be able to move independently, to allow it to “climb” on uneven terrain or over obstacles, and then fold away when driving. Judging by its design, it has applications for emergency rescue vehicles, able to get to areas unreachable by other vehicles.

Hyundai claims that this is the first in a new category of all-terrain vehicle, the Ultimate Mobility Vehicle, or UMV, which will allow passengers to go “where no vehicle has been before”.

The design concept and prototype is due to be showcased at the CES in Las Vegas next week at Hyundai’s press conference at the at the Mandalay Bay South Convention Center.

Last year, the company debuted a prototype of its Nexo fuel cell vehicle, an SUV powered by a hydrogen fuel cell, thought to have the longest range out of all zero emissions SUVs on the market. This week Hyundai announced that the first Nexo has been delivered in the US.

With electric vehicles, driverless cars and unmanned aerial vehicles becoming increasingly prevalent, automotive manufacturers are under pressure to offer new vehicle capabilities. Be it innovative or unnerving, its unique appearance looks likely to make Hyundia’s offering stand out among the new vehicles showcased at CES.