If you ask enterprises, security remains the top IoT deployment challenge. If you asked last year, it was an even bigger challenge.

The Internet of Things (IoT) is a huge opportunity, if it actually manages to get off the ground.

Based on a recent GlobalData survey of enterprises engaged in IoT, concerns around security are the number one challenge to IoT rollout, the same as last year,

They were also cited as the biggest challenge in last year’s survey.

This shouldn’t be surprising: hacks and other cyber security threats have become commonplace and IoT opens up new entry points for network breaches. It’s a huge risk.

It’s encouraging, then, that when comparing 2017 vs. 2016, enterprise IoT security concerns dropped significantly.

Security concerns may still be seen as the biggest IoT deployment challenge, but after justifying IoT deploying costs, it fell more than any other perceived challenge year-over-year.  Enterprises feel it is being addressed. 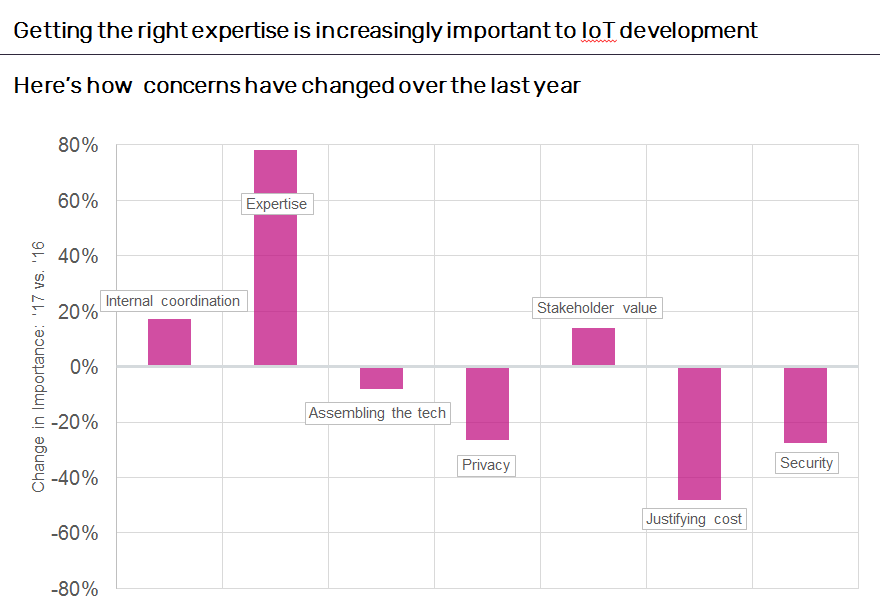 Will security concerns still be seen as an IoT deployment obstacle next year?  Definitely.  Will they be the top obstacle?  It seems less likely.