After completing 5G trials in February 2020, telco Safaricom partnered with microwave and networking solutions provider Aviat Networks to deploy Wavelength Terminal Multiplexer (WTM) 4800 multi-band radio platform for 5G backhaul in July 2020. The telco indicated back then that it is working towards commercial 5G launch in 2020. Nonetheless, in January 2021, the telco shifted its focus from launching 5G to migrating its 2G and 3G customers to 4G services.

Earlier in November 2020, Safaricom said that it will expand 4G coverage nationwide by the end of 2020 by increasing its CAPEX by 25.5%. Since then, the telco has articulated that it does not have the intention of immediate 5G launch, but that it will rather fully exploit 4G before introducing a new generation of mobile technology.

In the meantime, competitor Airtel signed a three-year agreement with Nokia in November 2020 to modernize and upgrade its 2G, 3G and 4G Radio Access Network. 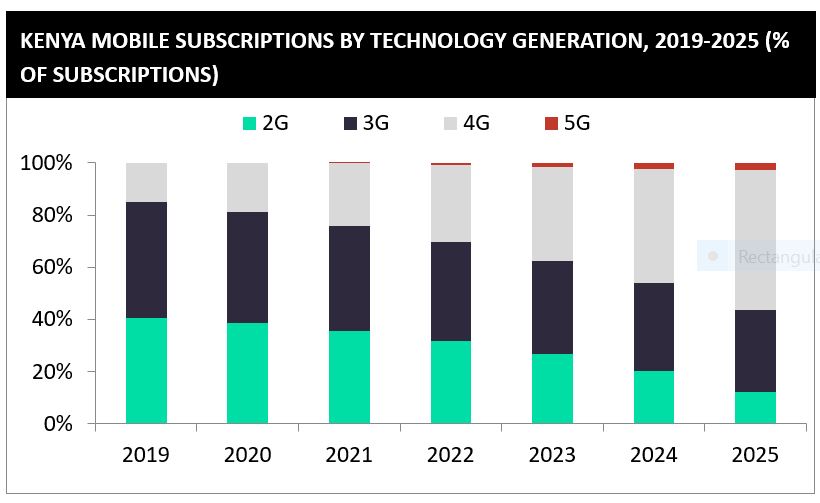 Kenya’s 4G subscriptions market share will more than double from 24.2% in 2021 to 53.6% by 2025. 5G launch is still expected in 2021 as telcos like Safaricom continue discussions with the government regarding spectrum allocations and the existing National Broadband Strategy 2018-2023’s objective to have 5G network by 2023.