The Qatar Airways flight QR920 crossed ten time zones during the 16 hours and 23 minute journey from Doha, the capital of Qatar to Auckland, a major city in New Zealand.

Fifteen members of cabin crew and four pilots were on board.

There was certainly no shortage of food and drink. Flight attendants served a total of 1,100 cups of tea and coffee, 2,000 cold drinks and over 1,036 meals. 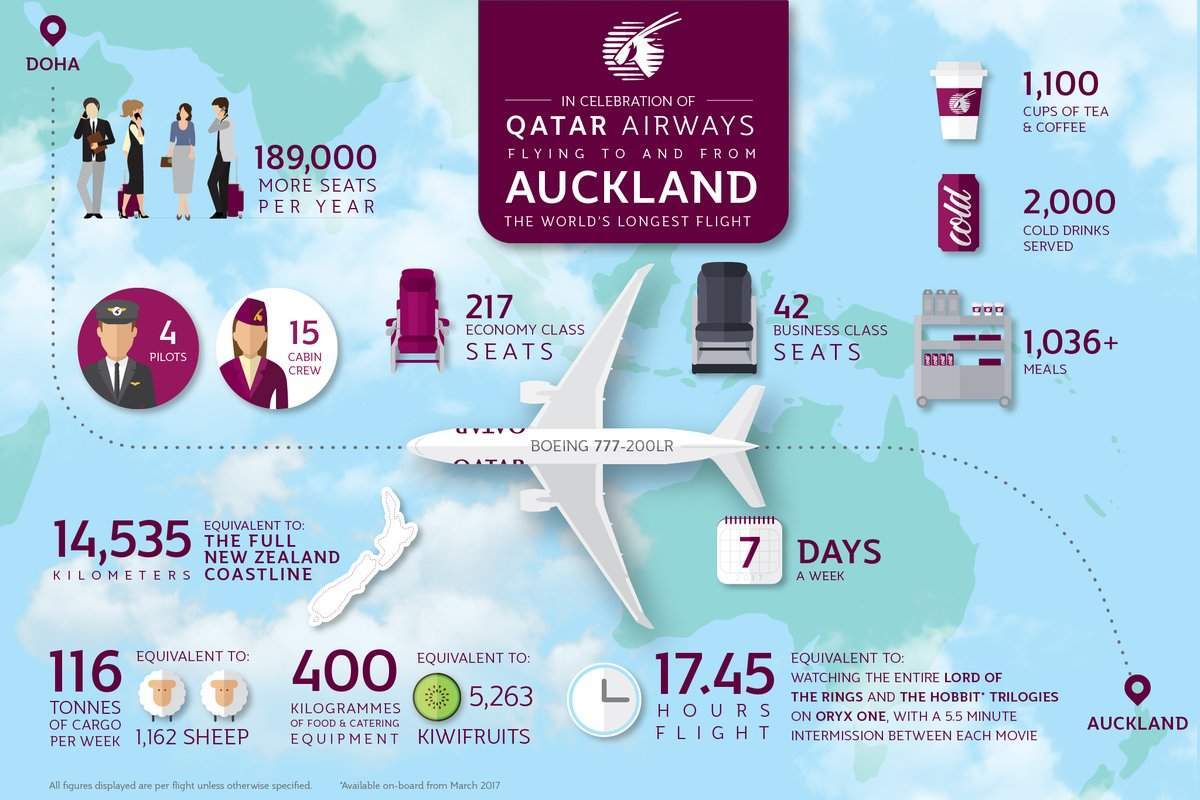 The estimated economic benefit of the new route “will be well in excess” of NZ$50m ($36m) according to New Zealand’s trade minister Todd McClay.