There are no shortage people criticising America’s gun laws.

Since the Columbine massacre which claimed the lives of 12 students and a teacher at a high school in Colorado, there has been an ongoing debate about the rules around gun ownership.

However, arguably, there has never been so much tension around gun laws and school shootings as there is now. In the wake of the school shooting at Stoneman Douglas High School in Parkland, Florida where a single shooter claimed 17 lives, surviving students have mobilized to protest gun laws in Florida and across the US.

Already, their actions have made serious waves.

Students taking part in a town hall debate with Florida senator Marco Rubio made international news. Some students and parents met with President Trump for a ‘listening session’ about what the US government could do to resolve the issue.

The National Rifle Association (NRA) which opposes gun legislation has fought these changes. However, it has also felt the fury of large swathes of America for its views on guns. 19 prominent US companies with ties to the NRA have severed those ties and others have been lobbied to follow their lead.

March For Our Lives rally:

In response to political figures claiming ‘now is not the time for politics’ in the immediate aftermath of the Stoneman Douglas shooting, young survivor Cameron Kasky offered an alternative during an interview on The Ellen Show:

On 24 March, Kasky and his fellow students will be marching on Washington D.C. The March For Our Lives rally will aim to raise attention to the issue of gun control for law-makers in the American capital. 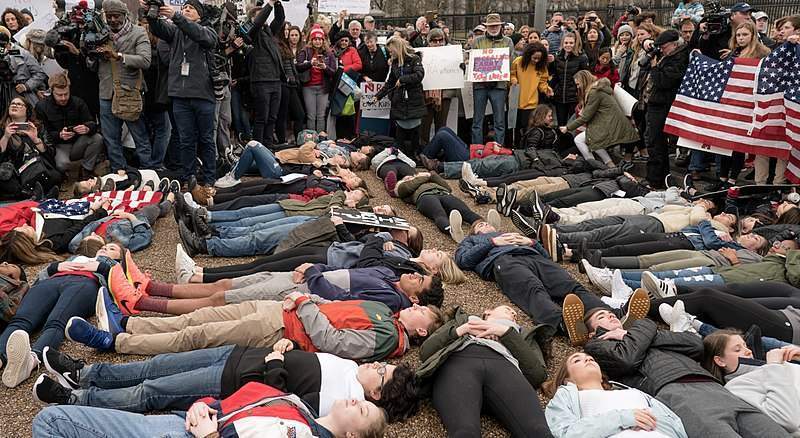 Here’s everything you need to know about what’s happening and what’s going on:

The March For Our Lives rally will begin at 12 noon.

The rally will take place place on Pennsylvania Avenue, between 3rd and 12th street NW. That route will take it from the US Capitol Building all the way to near the entrance to the White House.

Early estimates predict that as many as 500,000 people could be in attendance for the rally. To lend that some context, Keith Still, a crowd science expert from Manchester Metropolitan university estimated between 300,000 and 600,000 attended Donald Trump’s presidential inauguration.

Some of the celebrities performing at the event include Andra Day, Jennifer Hudson, Common, Vino Valentino, Miley Cyrus, Ariana Grande, Lin-Manuel Miranda, and Ben Platt. Others who’ve pledged their support for the movement include Justin Bieber, Oprah, Cher, Justin Timberlake, Demi Lovato, Britney Spears, Zac Efron, Ellen DeGeneres, and many more. If you’re attending a march, perhaps it’s worth keeping your eyes open for recognisable names supporting the cause.

What should you do if you can’t go to the Washington D.C march?

Of course, not everyone can make it to Washington D.C for the March For Our Lives rally. But helpfully, ‘sister marches’ have been set up around the world. These will provide venues for other gun control activists to show their support for the cause.

Details on each of those marches can be found here.

Sibling marches are taking place in most cities in America.

Most of the marches in major cities will also have celebrity performances and noteworthy public speakers.

In non-American countries, many of the marches will pass by US embassies.

How big is the March For Our Lives rally in the context of other major protests?

Since then, there have been dozens of marches on the US capitol, with varying levels of success. So how does the March For Our Lives rally stack up in terms of sheer size?

To put it in context, we’ve compared the March For Our Lives rally with other popularly supported marches. We also included presidential inauguration crowds to give a bit more context. Estimates courtesy of Business Insider.

The March For Our Lives rally might not be the biggest of its kind to descend on Washington D.C, however, the global nature of the event definitely makes it one of the most influential.