The Middle East and Africa (MEA) region is starting to see an expansion of COVID-19. Several cities/countries have been put on soft lockdown with schools shutting down, businesses shifting to teleworking and people advised to stay at home.

Driven by the intent of being part of the solution, a number of telecom operators in the MEA region are playing their role in responding to the pandemic crisis by supporting governments, businesses, individuals and households in dealing with COVID-19.

The situation is even more sensitive for the region as fixed broadband infrastructure, teleworking habits, banking and eCommerce in a number of MEA countries are not as well advanced as in most developed countries.

The chart below shows, for instance, the difference in fixed broadband penetration levels in the MEA region in comparison to Western Europe. 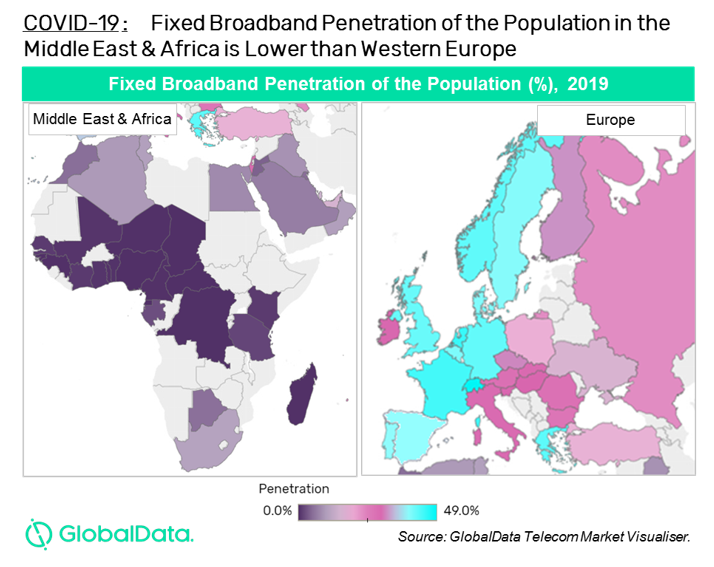 As such, MEA telcos have taken these regional differences into account and have developed tailored response strategies, leveraging the service strengths of each of their local markets.

Below is an overview of the key measures taken by selected telcos in the UAE, Turkey, Tunisia, Kuwait, Bahrain, Qatar, Saudi Arabia, Zambia, Senegal, and South Africa.

15 March 2020:  The telco announced a set of temporary initiatives for its #StayHomeWith Ooredoo awareness campaign, including:

19 March 2020: the operator announced a set of measures in response to the coronavirus crisis, including: