The size of a pea, these mini-brains are cultured from human stem cells and grown in an environment that encourages them to develop in much the same way as the human brain before birth. As they grow, the mini-brains develop neutral structures similar to the human brain.

While such lab-grown brain cells have been developed before, these are the first to develop sophisticated enough structures to produce brain waves at a level comparable to humans – albeit only pre-term babies. And for researchers keen to use mini-brains for scientific work, it represents a hugely significant step.

“The level of neural activity we are seeing is unprecedented in vitro,” said Alysson Muotri, a biologist at the University of California, San Diego.

“We are one step closer to have a model that can actually generate these early stages of a sophisticated neural network.”

The scientific value of mini-brains

The research, which is published today in the journal Cell Stem Cell, is the result of almost a year of work, following careful optimisation of the culture medium the cells were grown in.

Although the mini-brains were grown for a total of 10 months, they began to produce detectable brain waves at two months. These were sparse, but had a consistent frequency, which was comparable to human brains in their early development.

“This is a result of having more functional synapses, and you are forming more connections between the neurons,” explained Muotri.

Their similarity to pre-term human brains was confirmed by a machine learning model, which having been trained on the brain waves of premature babies, was not able to discern a difference in the mini-brains.

While mini-brains may seem like the stuff of science fiction, they have genuine scientific value, particularly as they become more complex and similar to human brains.

“You can use brain organoids for several things, including understand normal human neurodevelopment, disease modeling, brain evolution, drug screening, and even to inform artificial intelligence,” she added. 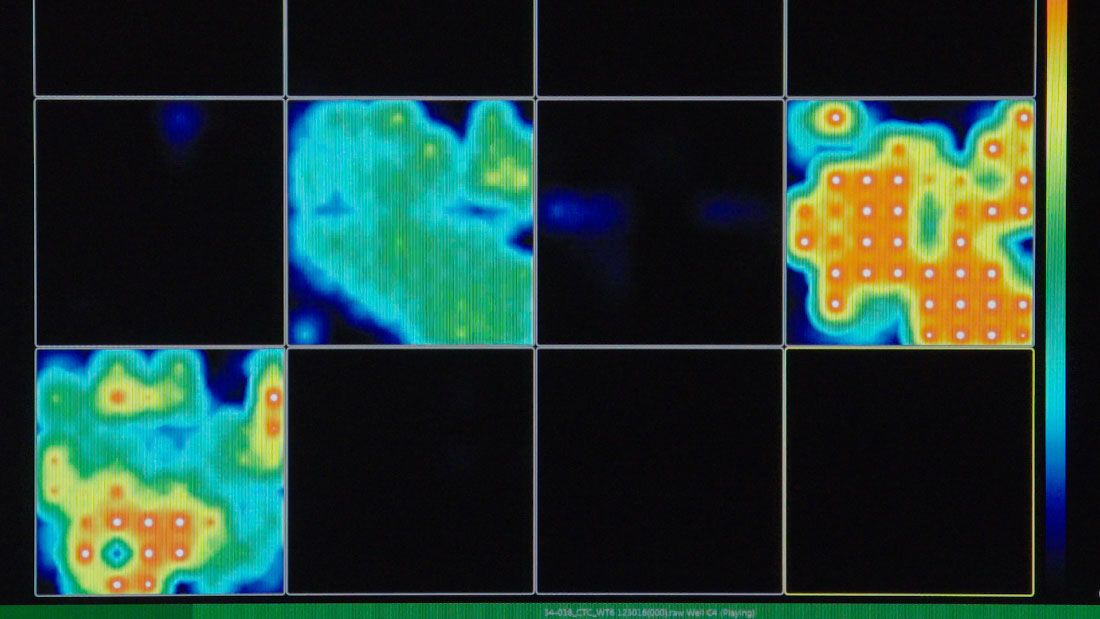 Brain waves detected in the mini-brains

While this research is a remarkable step, the team hopes to produce further advances in the future.

“As a scientist, I want to get closer and closer to the human brain,” said Muotri says.

“I want to do that because I see the good in it. I can help people with neurological conditions by giving them better treatments and better quality of life.”

However, the mini-brains are a long way off what we would think of as a human brain.

“The organoid is still a very rudimentary model – we don’t have other brain parts and structures. So these brain waves might not have anything to do with activities in real brains,” she said.

“It might be that in the future, we will get something that is really close to the signals in the human brains that control behaviors, thoughts, or memory. But I don’t think we have any evidence right now to say we have any of those.”

Of course, if the mini-brains were advanced enough, they could pose significant ethical and moral quandaries.

“It’s up to us to decide where the limit is,” she said.

“It might be that the technology is not ready yet, or we don’t know how to control the technology. This is the same kind of discussion around CRISPR in babies, and that’s why we have ethics committees to represent all parts of the society.”