The London Stadium, the centrepiece of the 2012 Olympics and now home to Premier League football club West Ham United, has undergone a radical transformation ahead of Major League Baseball’s London debut this weekend.

The MLB London Series, part of the regular MLB season, will see two of the league’s fiercest rivals compete over two days in a likely bid to boost recognition in the UK. Given the success of the National Football League’s recent venture into the UK market, MLB has pulled out all the stops to make sure that its first London Series is a success.

All traces of West Ham’s claret and sky blue colours have been replaced in the London Stadium with MLB, Boston Red Sox and New York Yankees brandings, and its usually rectangular field has been transformed into a baseball diamond. 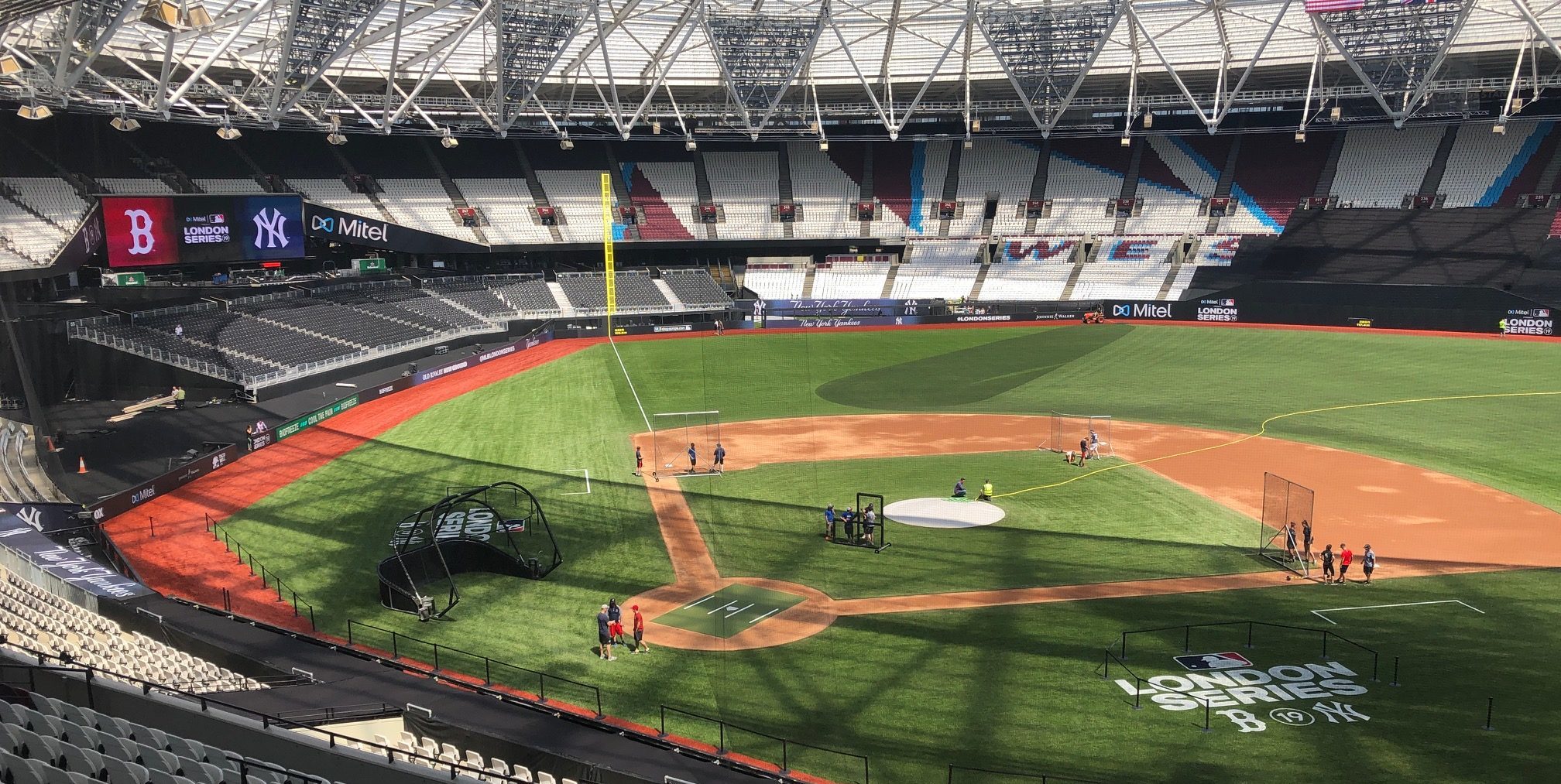 MLB has had 21 days to transform the London Stadium from football stadium to ballpark.

Even the food on offer inside the stadium has been given a makeover, with the usual matchday snacks swapped for a two-foot, 2,000-calorie ‘boomstick’ hotdog that weighs in at 1.5kg, as well as sizeable portions of chilli-topped nachos.

It is clear that a lot of effort has gone into transforming the London Stadium into the same kind of venue that you would find back in the States, and if the action this weekend proves to be even half at spectacular as the venue, the 60,000 fans in attendance are in for an impressive introduction to MLB.

Tasked with ensuring that things run smoothly on the day is business telecommunications company Mitel, the official communications provider to the MLB.

Mitel has been working with the league since the start of the 2018 season, when it was brought in to create a unified communications system across the league’s 30 ballparks.

Teams have access to three phones – one connected to the bullpen, where pitchers warm up before they enter the game; one to the replay officials and another to the press boxes. 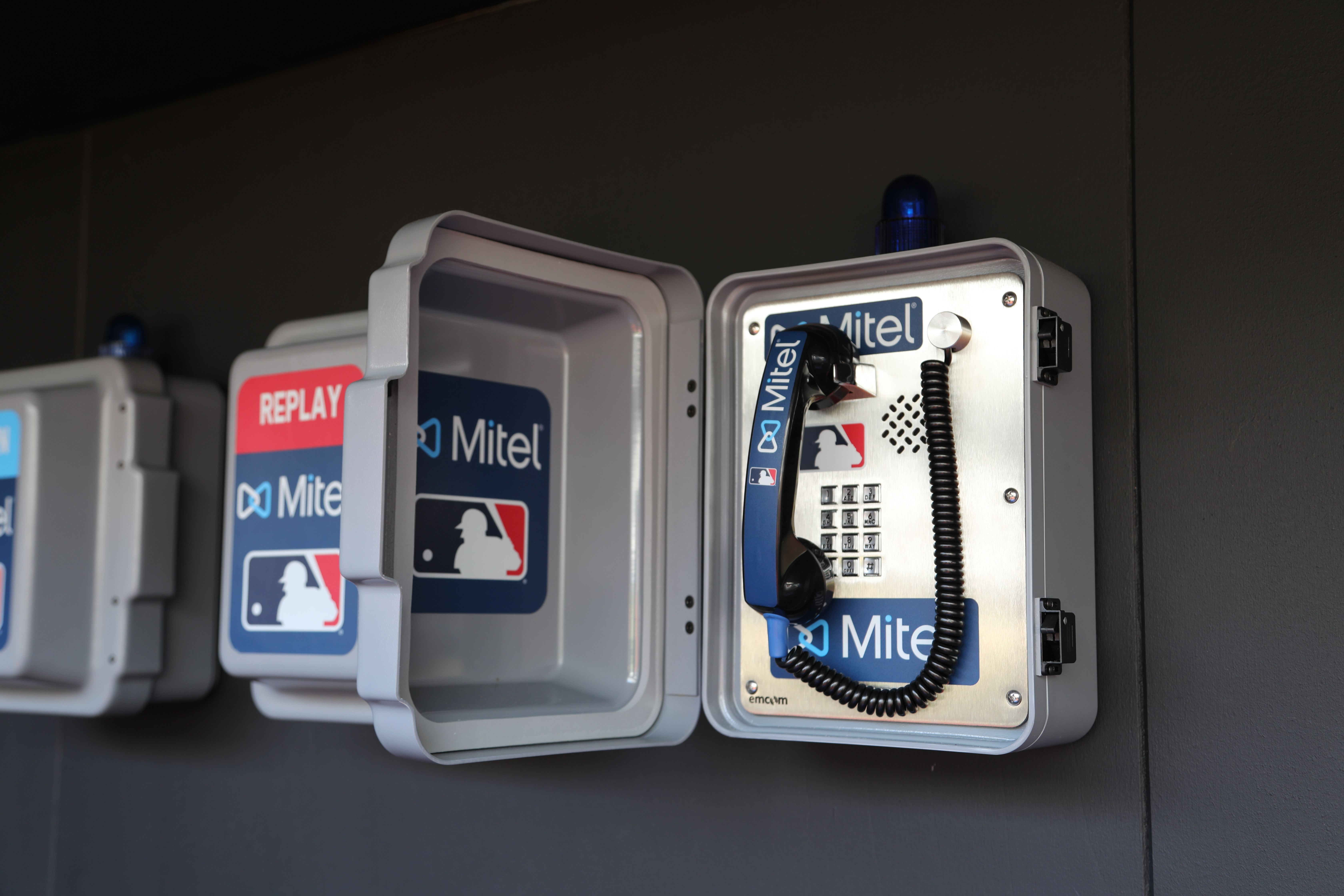 The system sounds simple, but as Jimmy Serrano, former MLB pitcher for Kansas City Royals and now Mitel’s Senior Product Marketing Specialist, pointed out, having these three communication lines are “very, very important when it comes to the actual playing of the game”, allowing teams to make decisions at any given time.

Mitel has been tasked with rebuilding the MLB communications infrastructure inside the London Stadium, given just 21 days to convert the London Stadium from football stadium into baseball venue – a transformation that Richard D. McBee, CEO of Mitel, admitted proved challenging:

“You’re going to transform an Olympic stadium that you’ve made into a football stadium into a baseball stadium? Where is everything going to hook in and how is that all going to happen?

“It’s not like, ‘okay, we’ve got three years to work with this stadium’… So it was getting all the complexity of the systems in in a very short period of time.”

However, McBee seems confident that things will go to plan in London. With each of MLB’s 30 teams each playing 162 games a season – a total of 2,430 regular season games, and then the post-season World Series games – Mitel has already had plenty of time to perfect its system.

“There’s some times, a couple of times, a few times, when things haven’t gone quite as we thought they would,” McBee explained.

“But we’re at the stage now where, you know, there’s always what we call infant mortality, where something goes wrong early in the system. Now I think we’re pretty bulletproof.”

“This is a new venue. They’re trying it, making sure. We have backup systems in case. We’ll be ready.”

Read more: How Leatherhead FC is using IBM’s AI to up their game