A nanosatellite technology that captures images from space at significantly lower cost than existing systems has been hailed as a revolutionary breakthrough by its creators.

Developed at the Department of Electrical and Computer Engineering of Ben-Gurion University in Israel, the technology involves arranging carton-sized nanosatellites into a spherical configuration.

In this setup, the nanosatellites are able to capture images with the same resolution as high-end telescopes, whether they use a full-frame, lens-based or concave mirror system.

The system, which is detailed in the journal Optica, is a significant step in reducing the costs of some aspects of space exploration, according to its creators.

“This is an invention that completely changes the costs of space exploration, astronomy, aerial photography, and more,” said Angika Bulbul, a PhD candidate under the supervision of Professor Joseph Rosen at the university.

Photography is an essential part of space exploration, allowing researchers to image far-flung areas beyond our own galaxy. Such images can be used to discover rare configurations of astronomical objects, discover previously unknown planets and even determine planets with the potential to host life. 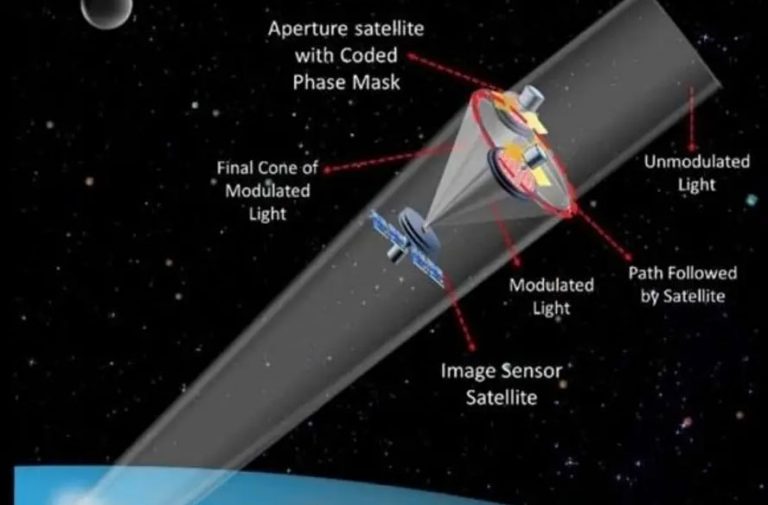 The technology is known as the synthetic marginal aperture with revolving telescopes (SMART) system.

SMART, which has been demonstrated through a miniature laboratory model, revises thought on how long-range photography works.

This research indicates that there are far more cost-effective approaches to photographing space than the large optical mirrors, which are a key part of space telescopes such as the soon-to-be-launched James Webb Space Telescope.

“We found that you only need a small part of a telescope lens to obtain quality images. Even by using the perimeter aperture of a lens, as low as 0.43%, we managed to obtain similar image resolution compared to the full aperture area of mirror/lens-based imaging systems.