In 2019, KPN’s homes passed reached 120,000. The telco is planning to accelerate the rollout of fibre in order to reach a target of 1 million additional fibre-to-the-home (FTTH) homes passes by the end of 2021. KPN is also close to finishing its fibre-to-the-cabinet (FTTC) rollout. In the meantime, T-Mobile Netherlands has partnered with Primevest Capital Partners, an investment company, to deliver a gigabit fibre-optic broadband to 100,000 households in 2020, focusing on locations with no fibre connections.

Differently to other countries in Western Europe, the Netherlands does not have a national fund for broadband development. Local and regional authorities are responsible for financing the projects in case of insufficient private investments. The national government, on the other hand, is facilitating infrastructure development through knowledge sharing and best practices, for example, through the Broadband Expertise Platform website.

In line with Netherland’s fixed broadband strategy and telcos’ network expansions, fixed broadband lines are expected to reach 8.6 million by 2024 with FTTH/B lines surpassing the 2.3 million mark by the end of the forecast period. 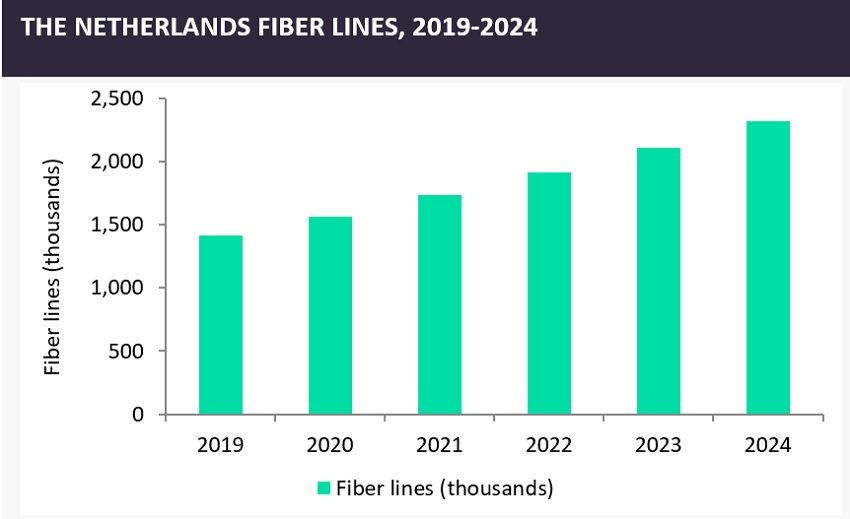