It’s not about money for Banksy. For the anonymous artist, his graffiti murals are a form of political and social commentary. However, for those that come into possession of his artwork, they are a value commodity.

The elusive artist made headlines once again by sneaking into the city of London in the dead of the night and leaving behind two new murals.

Banksy has sprayed the pieces ahead of the opening of a new Jean-Michel Basquiat exhibition at the Barbican Centre.

The murals combine parts of Basquiat’s past artwork with Banksy’s usual style. Taking to Instagram, the artist has branded his latest work as a “(unofficial) collaboration)”. 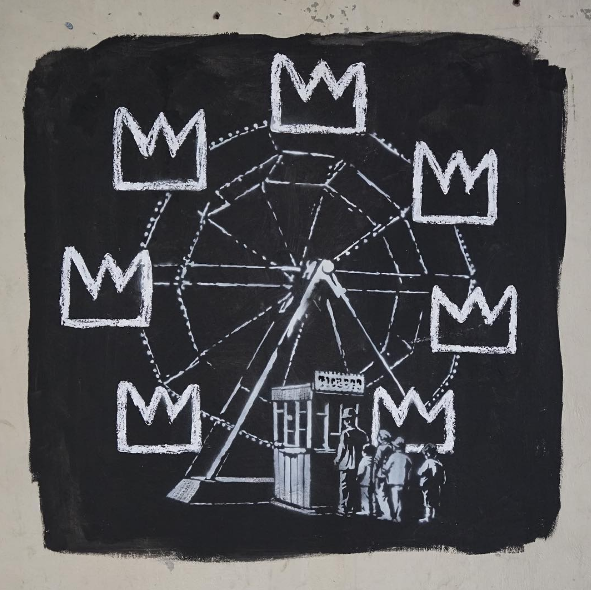 The first piece shows people queuing to ride a Ferris wheel. The carts have all been replaced by crowns – an object that commonly found its way into Basquiat’s own work.

The second piece uses Basquiat’s Boy and Dog in a Johnnypump.

However, Banksy’s version depicts the boy being stop and searched by the Metropolitan Police.

For Banksy, this piece is likely nothing more than a dig at the police force for the disproportionate targeting of black and ethnic minorities when conducting stop and searches.

For collectors, it is a highly desired piece of artwork, but what is the value of Banksy’s latest piece? 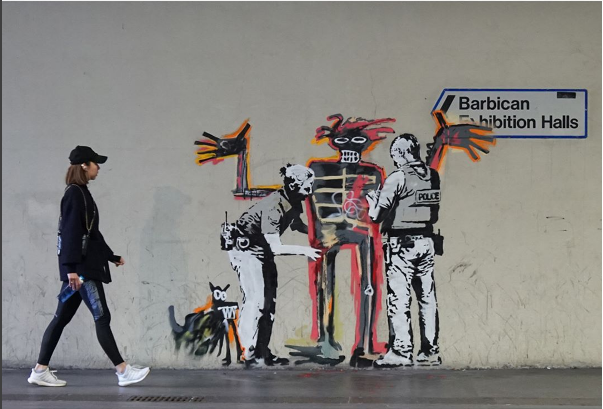 How much might the new Banksy in London be worth?

Graffiti usually lowers property values, but in Banksy’s case it has the opposite effect.

However, an original mural will likely go for a far higher price, with the mystery behind Banksy’s identity making his work some of the most desired pieces in the modern art world.

“Over the last decade, the price of Banksy’s works has sky rocketed. The mysterious question mark over his identity makes his art incredibly sought after. His most expensive piece, Keep It Spotless sold for $1,700,000. With the current hype around his work it’s difficult to predict just how much new pieces will sell for but there is no doubt that it will be a lot.”

One of Banksy’s earlier paintings, The Snorting Copper, was rediscovered earlier this year after going missing back in 2005. That painting was given a £1.25m price tag by insurers. The high valuation was largely due to the fact that many similar pieces had since been destroyed.

Not all Banksy pieces go for such high sums. The majority of the artist’s murals go for six figures. However, his latest work’s connection to Basquiat will undoubtedly garner some extra interest.

The famed American artist created some of the most sought after pieces in the art world prior to his death in 1988. His Untitled 1982 painting became the first modern art piece to sell for over $100m, going for $110.5m earlier this year. 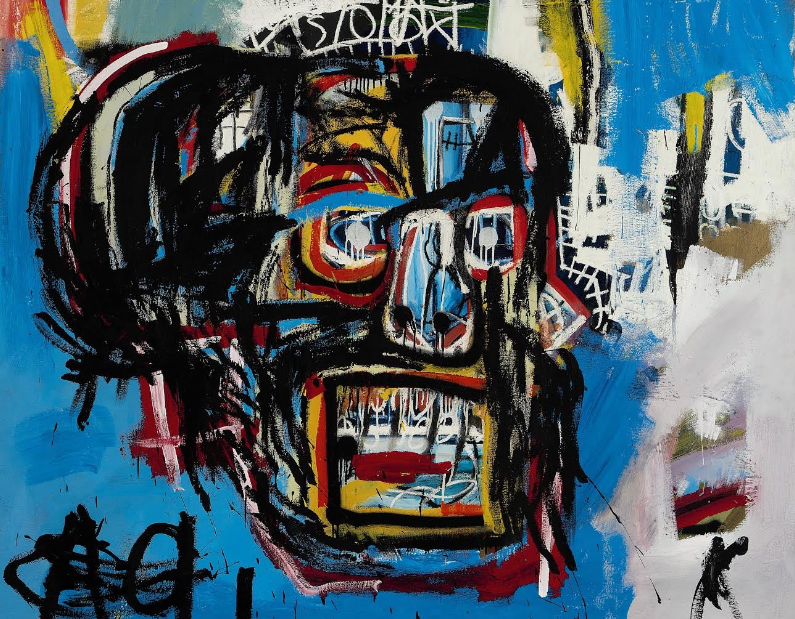 While it’s impossible to say just how much collectors would be willing to pay, the Barbican murals, particularly the larger second piece, could also attract offers upwards of £1m.

Despite speculating on the price of these murals, the chance of Banksy’s Barbican pieces entering the art market is slim.

The two murals are located on property belonging to the City of London Corporation. They are currently undecided on what will be done about the graffiti, but past cases suggest that they will likely be removed.

Numerous Banksy pieces have been removed from London streets in the past, despite their value.

A £300,000 Pulp Fiction piece was painted over by Transport for London workmen back in 2007. Pieces in Westminster, Hackney and Harringay have also been removed.

Topics in this article: Art