Here we are already. Summer’s almost over and a new round of Brexit talks between the UK and the European Union is about to get underway.

In a week’s time the UK’s negotiating team, lead by David Davis, will return to Brussels armed with their freshly printed documents laying out the UK’s position on topics ranging from data protection to judicial cooperation.

However, we’re likely to hear similar noises from the negotiating table as at the last round.

The EU’s 27 member states have insisted that talks cannot move onto trade and commerce until the three key issues of EU and British citizen residency rights, the UK’s so-called divorce bill and the border with Ireland are all sorted.

Davis will be pushing for focus to move beyond the terms of its exit and onto the country’s future relationship with the bloc with trade and divorce talks being held in tandem.

This won’t be easy.

Davis, writing in the Sunday Times last week, reiterated calls for broader discussions to begin, insisting the issue of the Irish border is intrinsically linked to whatever future customs arrangement is struck with the EU.

These calls have fallen on deaf ears however.

The EU — backed by all of its members — has insisted details of the separation must be sorted first and the EU’s chief negotiator Michel Barnier has shown no sign of backing down.

Yesterday Barnier posted a series of tweets suggesting talks would not progress onto trade until other issues had been dealt with.

He mentioned all nine of the EU’s so-called position papers already published, suggesting he is not impressed by the UK’s rush to get its own documents in order.

Looking forward to discussing these papers with #UK. Essential to make progress on #citizensrights, settling accounts and #Ireland.

The UK has been left red-faced already at the negotiating table after pictures were published showing the EU’s team with stacks of papers and the UK with none. 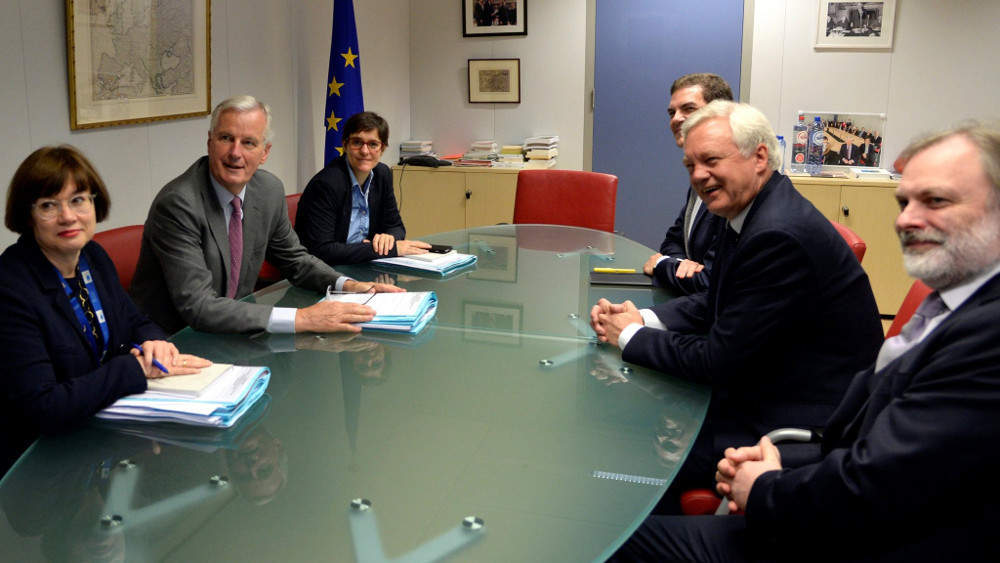 Meanwhile, Miro Cerar, the prime minister of Slovenia, has today revealed in an interview with the Guardian that it had proved difficult to close the differences between the two sides in the opening rounds of Brexit talks.

Cerar suggested the UK had produced unrealistic proposals. And his voice should not be ignored.

Cerar sits on the European council, which, at a meeting on 19 to 20 October will decide whether sufficient progress has been made on the EU’s three key issues in order for talks to progress.

British prime minister Theresa May will have a shot before the council makes a decision to convince them sufficient progress has been made at a summit on 18 October.

There is unlikely to be much beyond posturing around the negotiating table until then.